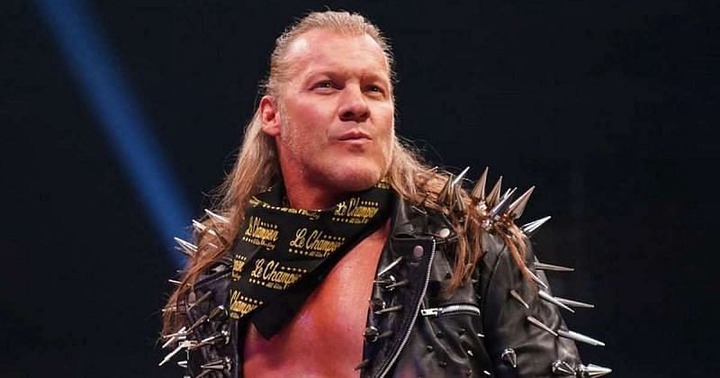 Chris Jericho has extended an open invitation to recently released WWE Superstar Tucker to appear on Talk Is Jericho.

Tucker was one of several WWE Superstars who were recently let go by the company as part of its annual release spree. Tucker hadn't been used much on WWE TV following his split with Otis last year.

Chris Jericho noticed Tucker's latest tweet in which he stated that he couldn't wait to tell the story behind a photo he shared. Jericho responded to the tweet and made it clear that he wanted to invite Tucker on the Talk Is Jericho podcast. Check out the tweet below:

Chris Jericho has spoken with a long list of former WWE Superstars on his podcast so far. He interviewed the likes of Jon Moxley and FTR following their WWE releases and these episodes received great reviews from the wrestling world.

Chris Jericho is currently one of the most prominent wrestlers in the industry and is doing well for himself on AEW TV. Jericho boasts incredible star power and an appearance on his podcast would be nothing but beneficial for Tucker.

Tucker turned on Otis last year at the Hell In A Cell event and cost him the Money in the Bank briefcase. Tucker's betrayal led to The Miz winning the briefcase and eventually winning the WWE title from Drew McIntyre. Tucker faded into obscurity following his heel turn at Hell In A Cell and didn't appear much on TV.

He wasn't involved in any storyline for months on end before competing in the 2021 Andre The Giant Memorial Battle Royal on the Road to WrestleMania 37. There was fear among fans that the Heavy Machinery split wouldn't bode well for Tucker's career, and that's exactly what happened in the end.

Throwback To Dharmendra Films Of The 80s

11 Stunning Hairstyles Of Wizkid Over The Years

Movies that were shot on real islands

History: the reason why Vikings loved to explore many parts of the world.

Throwback To Dharmendra Films Of The 70s