“Ronaldo Has Done Better Than Messi, With Argentine Players”, Reactions after Juventus win.

By Ballsporty (self media writer) | 2 years ago 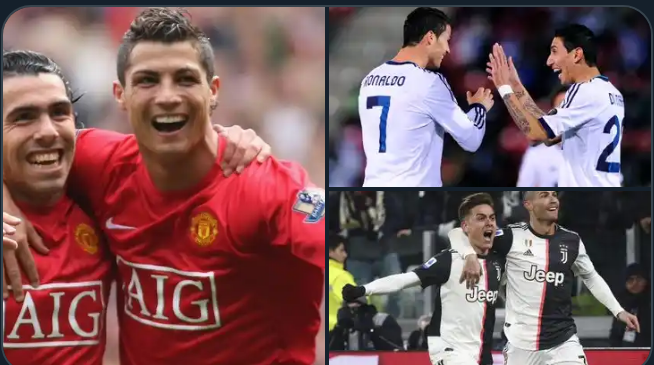 The Italian Serie A continued as Juventus took on one of their rivals, Lazio. It was a very interesting game as they played from end to end in the first half without having any result to show for it. 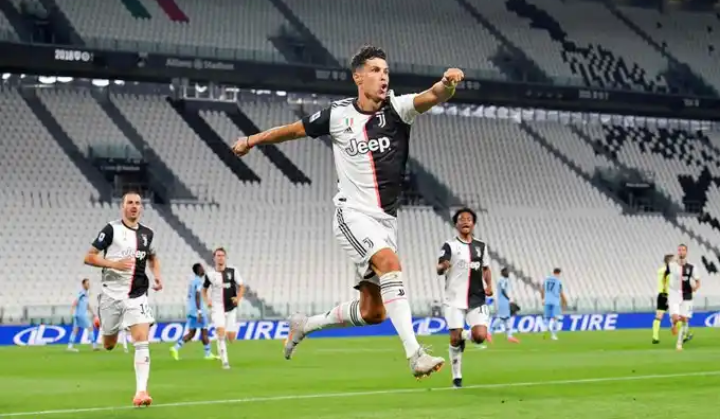 The second half started off with all players firing on all cylinders, Cristiano Ronaldo won and fired his team ahead from the penalty spot, Ronaldo extended the score after Paulo Dyabla assisted him for his 30th Serie A goal of the season, Paulo Dyabla who plays with Messi in the Argentine national team has been seen as a better player whenever he plays with Ronaldo than Messi. Ronaldo became the fastest Serie A player to reach 50 goals after just 61 games, and also the first Juventus player to get to 30 goals since 1980s, Ronaldo has kept on breaking records even at the age of 35. This has brought about reactions from fans, even one went on to say and I quote "one thing Ronaldo has done better than Messi, is succeeding with Argentine players" players like Do Maria, Tavez and Dyabla, below are their reactions. 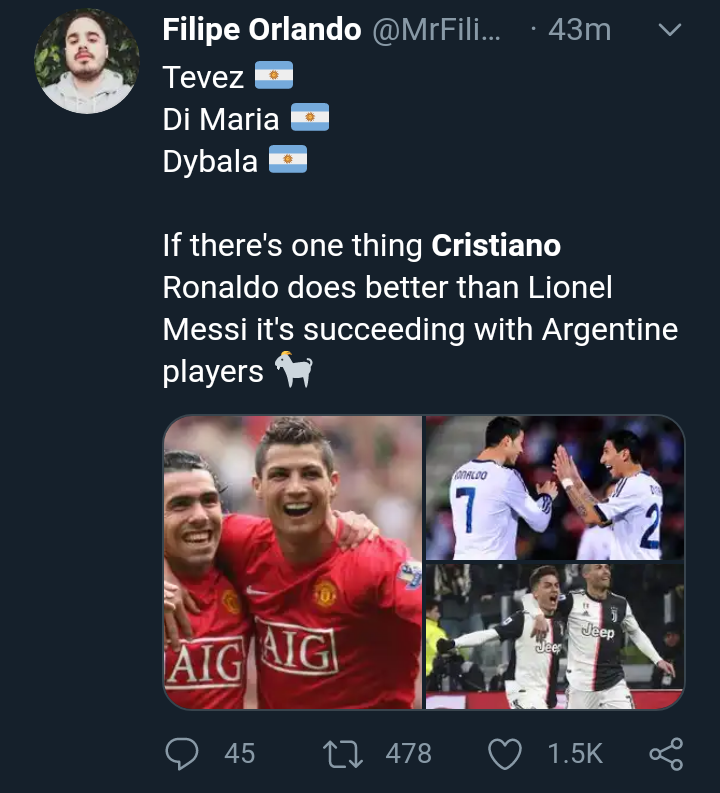 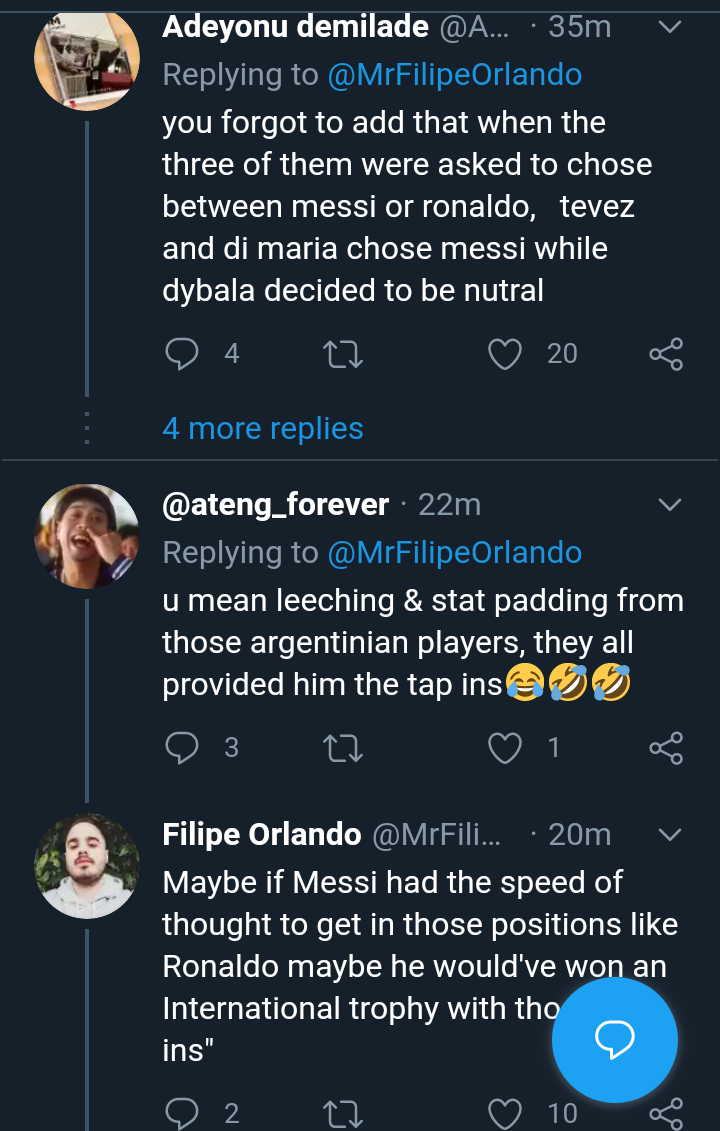 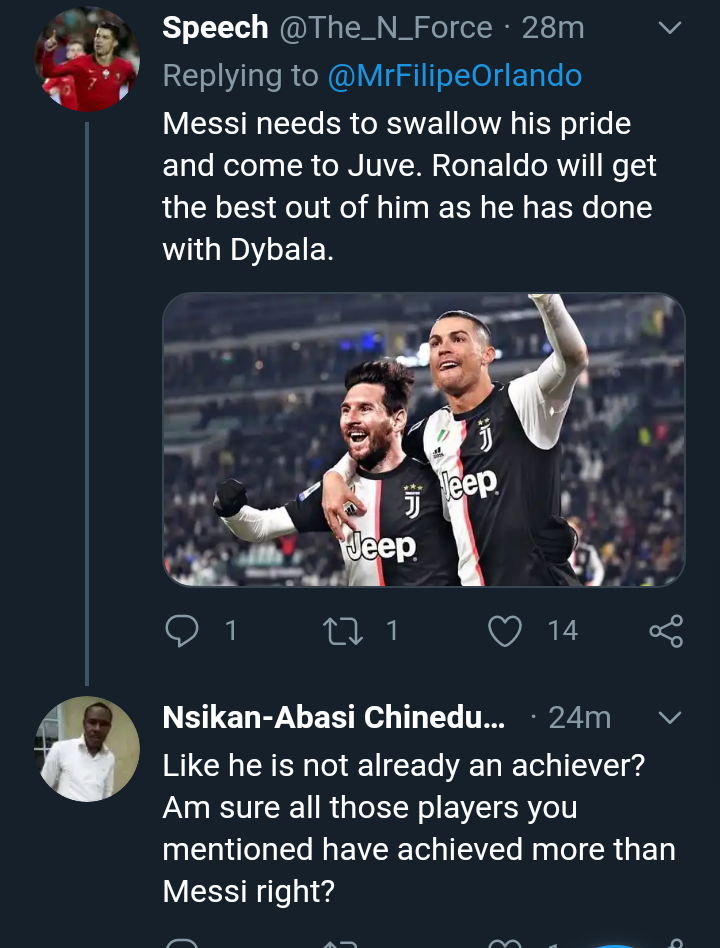 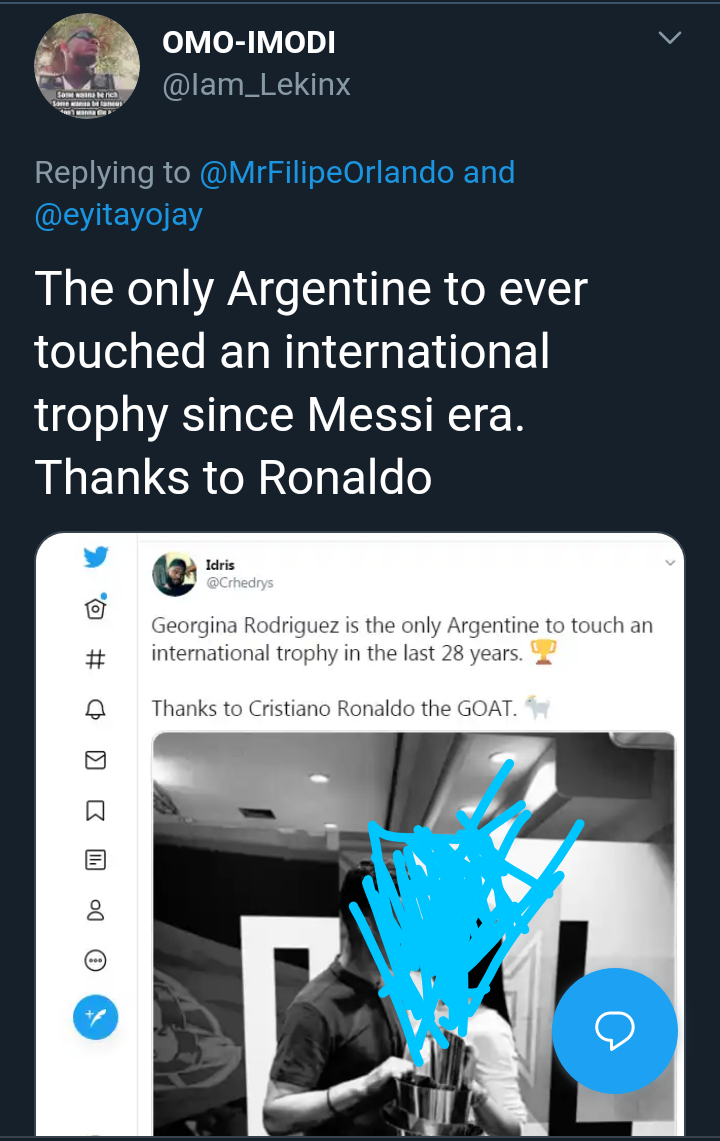 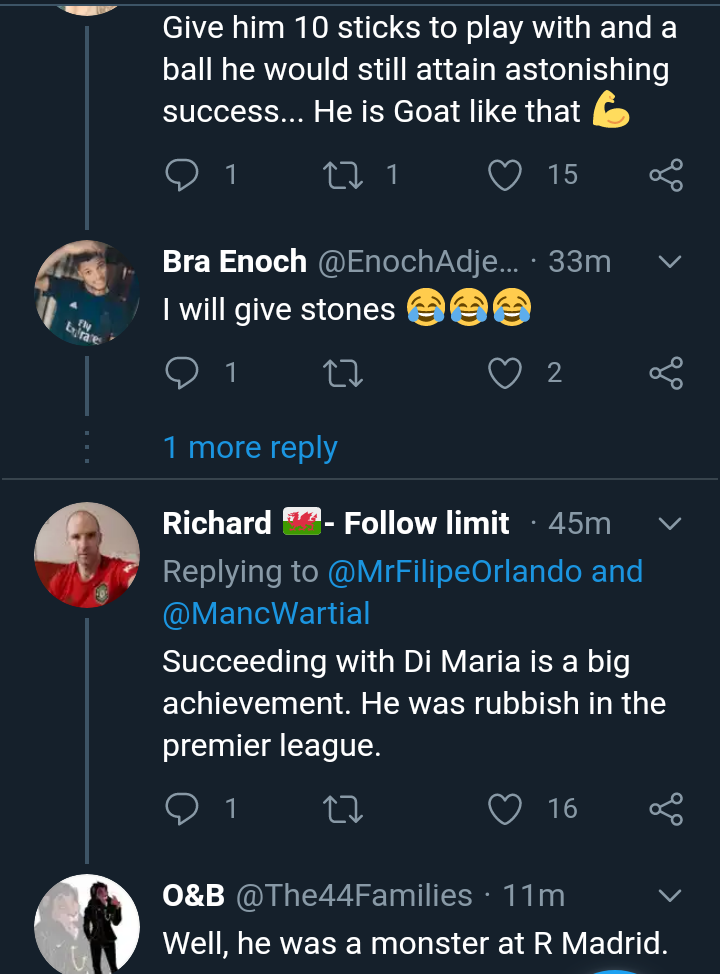 What do you think about these reactions, and who do you think performs better, Ronaldo or Messi? Make your opinions heard in the comments section.