How Own Goal Led to The Death of Football Defender, Escobar

By Gxclusive (self media writer) | 2 years ago 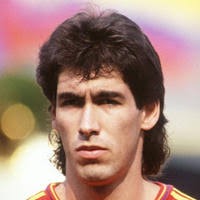 Football is a game of tactics and team work, everyone contributes in every aspect of the match from the start to finish and one silly mistake can cost your team losing a match.

The was the case of a Colombia defender Andres Escobar who was murdered in July 1994 just after his country was eliminated from the world cup as a result of his own goal. Escobar was born in 13th of March 1967 and he played for Atletico Nacional, BSC Young Boys and the Colombian Nation team. He was also known as the Gentleman given his clean style of play and his calmness on the pitch.

Escobar own goal took place during a match against the United States on 22nd of June in the second match at the world cup in 1994. In an attempt to block a cross from an American mieldfielder John Harkes, he mistakenly deflected the ball into his own net costing his team to lose the match 2-1.

Five days later after the world cup, Escobar and his friends went to a liquor store just after they left a bar in the Neighborhood hood. The next morning after they went different ways, Escobar was alone at about 3.am in the parking lot, three men came. Shortly after an argument broke out between, two met out guns and Escobar was shot. It was reported that the killers shouted go ,goal. it was believed that he was killed as a result of the own goal he scored that cost his team crashing out of the world cup.

Till date, he is still remember by fans. We hope something like this never happen again in football.

Content created and supplied by: Gxclusive (via Opera News )