Opinion: 5 reasons why Adam Pearce is challenging Roman Reigns for the Universal Championship

By IBNEWSNAIJA (self media writer) | 1 year ago 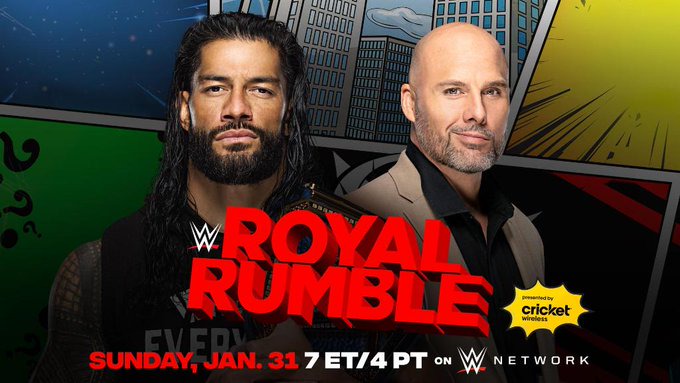 On SmackDown, Roman Reigns blamed authority figure Adam Pearce for whatever happened to Kevin Owens, stating that he actually liked the latter. Roman Reigns got into a tense confrontation with Adam Pearce, eventually leading to the former NWA World Champion entering the main event gauntlet match.

Roman Reigns and Jey Uso ensured that Adam Pearce walked out as the #1 contender for the Universal Championship. Why did this happen and how? Let's look at a few possible reasons: 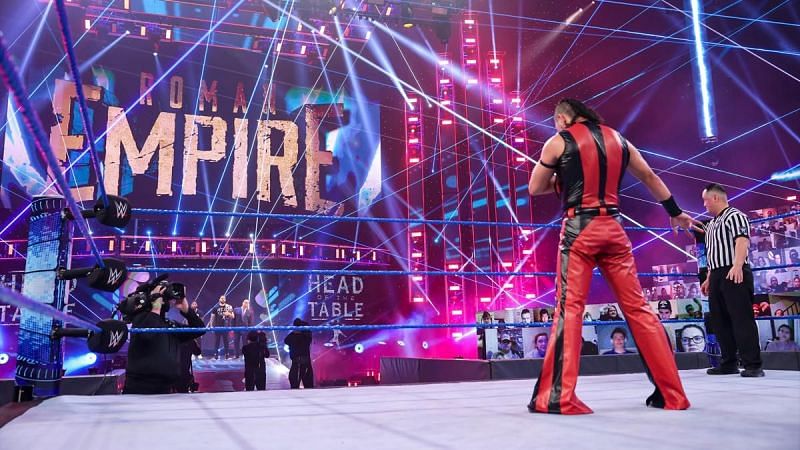 The star of the show

Adam Pearce may have walked out of SmackDown as the No.1 contender for the Universal Championship at the Royal Rumble, but everyone watching knows that Shinsuke Nakamura was ultimately the biggest star of the night.

Every time when there's a gauntlet match, one Superstar always emerges as the star of the show. On the January 8th episode of SmackDown, Shinsuke Nakamura went through Rey Mysterio, King Corbin, and Daniel Bryan before getting beaten down by Jey Uso and Roman Reigns and was pinned by Adam Pearce.

It was so interesting because Shinsuke Nakamura went through Daniel Bryan clean. After shaking hands with his dream opponent, he would get a beatdown, effectively turning babyface in the process. It was interesting the way it played out, and Adam Pearce may give up his spot to the man who legitimately won the Gauntlet Match.

With that said, we understand why WWE may not see the appeal in Roman Reigns vs Shinsuke Nakamura. It wouldn't be as hot a match as it would a few years ago unless the Japanese Superstar once again comes up with a magical performance.

This could be a way for WWE to get Adam Pearce to promote Shinsuke Nakamura to that spot, although we imagine that it wouldn't be so easy. If Shinsuke Nakamura is to emerge to World title contention again, he would have to go through some obstacles 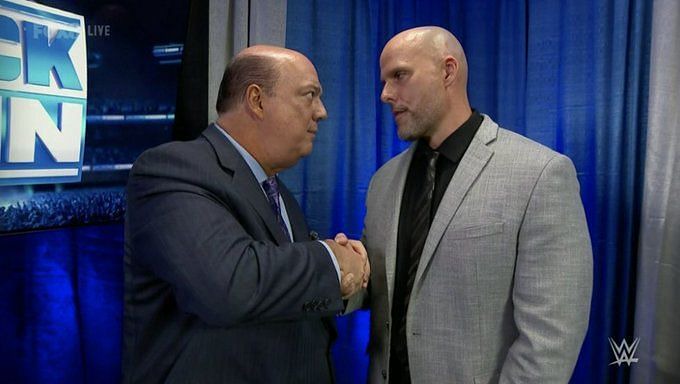 Is it for real?

Adam Pearce could be making a legitimate in-ring return, even if it's just for one night. Looking at Paul Heyman's interaction with Adam Pearce, he was right. People don't know about the WWE Official and his decorated in-ring career.

A five-time NWA World Champion, he wrestled in various promotions and had a good presence in the independent scene. The latest episode of SmackDown was technically Adam Pearce's in-ring return after six years, and this could be his first legitimate match since his retirement.

#3 Saving the wrestlers for the Royal Rumble 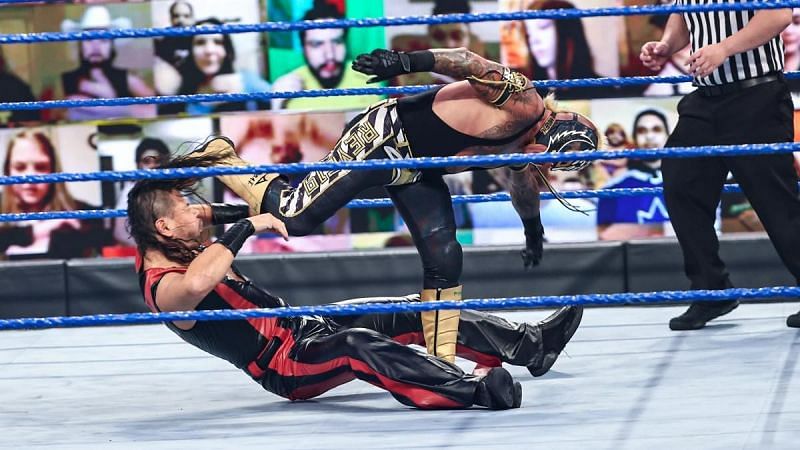 It's a bit odd that a non-wrestler is going to challenge for the Universal Championship. While Adam Pearce can likely get the job done (by putting Roman Reigns over), WWE may have wanted to save the in-ring talent for the Royal Rumble.

When looking at the Gauntlet Match competitors, only Rey Mysterio, Shinsuke Nakamura, and Daniel Bryan seemed to be legitimate runners to challenge Roman Reigns for the Universal title. Adam Pearce is a weird but sensible fit into that.

Roman Reigns to be a proper heel 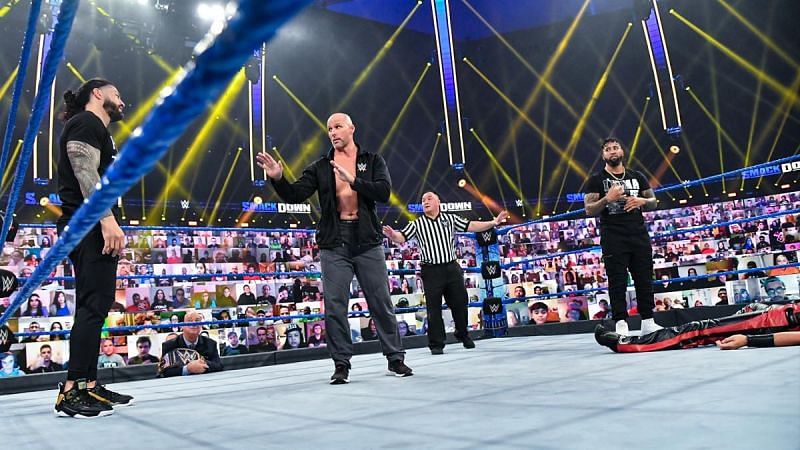 Adam Pearce in a tricky situation

Roman Reigns has been given multiple opportunities to double-down on how big a heel he is. While the Jey Uso feud did well in achieving that, he took it to another level in his rivalry against Kevin Owens.

Feuding with Adam Pearce allows Roman Reigns to get far more heat - especially against a retired wrestler who likely stands no chance against Roman Reigns.

#1 An intriguing storyline for an interesting Universal title reign 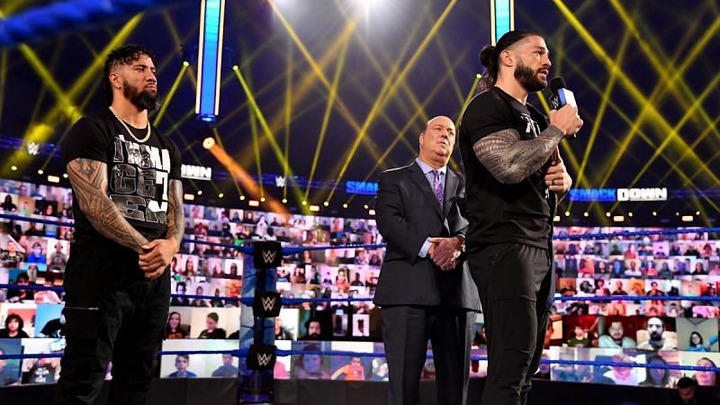 Roman Reigns and his crew

Roman Reigns has constantly been in the most interesting storylines since his return at SummerSlam 2020. While Adam Pearce might seem like an odd opponent, it makes for an intriguing story.

With all due respect to Shinsuke Nakamura, Adam Pearce is more of a character at this point, and a story between Roman Reigns and the authority figure is far more interesting to see. 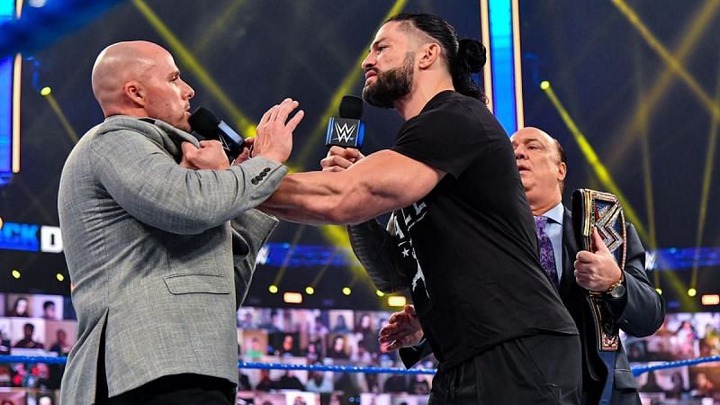