The 22 year old England professional, and Chelsea striker, Tammy Abraham came under fire, when the club share two (2) pictures of the youngster, in the clubs training ground, ahead of Sunday's FA Cup clash with Manchester United. 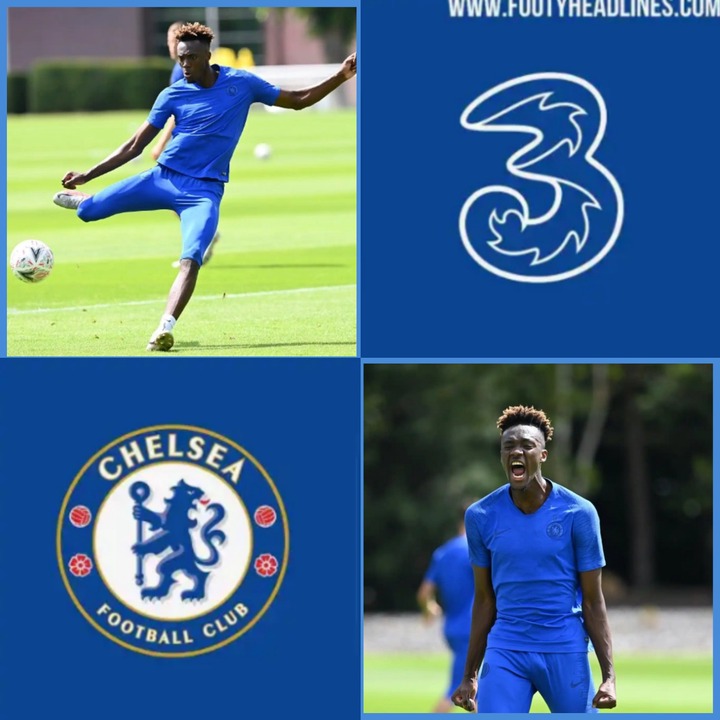 Tammy Abraham, with a total of 16 goals and 6 assist, across all competitions this season, has been subject to heavy criticism since the restart of the season in June. As the strikers finishing touches, which he displayed at the beginning of the season seems to be lost, for he has struggled to hit the back of the net. 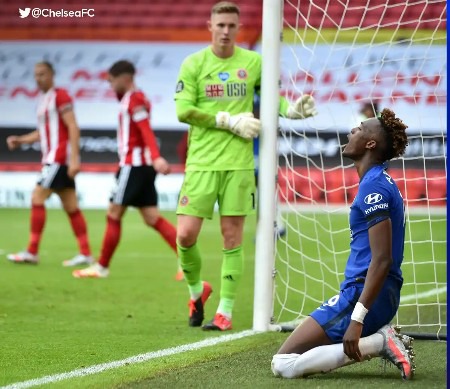 As the Blues trained ahead of their FA Cup semifinals march, Chelsea FC via it's official twitter account, decided to share Tammy's photos. And fans were quick to express their displeasure with the striker. Suggesting that they will not want to see the England professional amongst the first eleven (11) to start against Manchester United, in Wembley on Sunday.

The Blues fans could not hold their displeasure with the striker, and as such, expressed had the following to say about the striker. 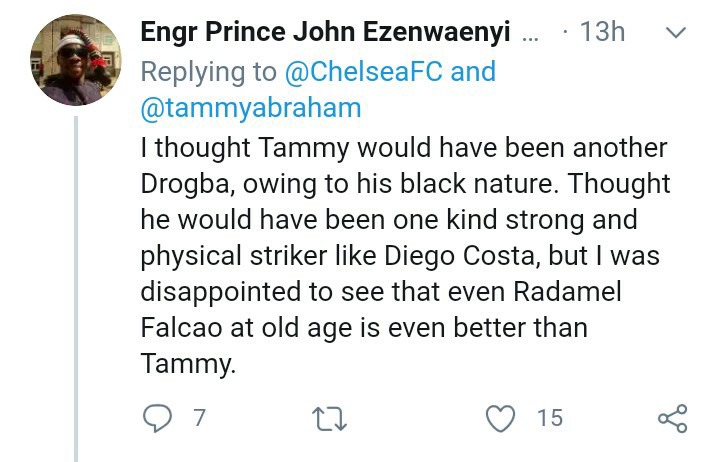 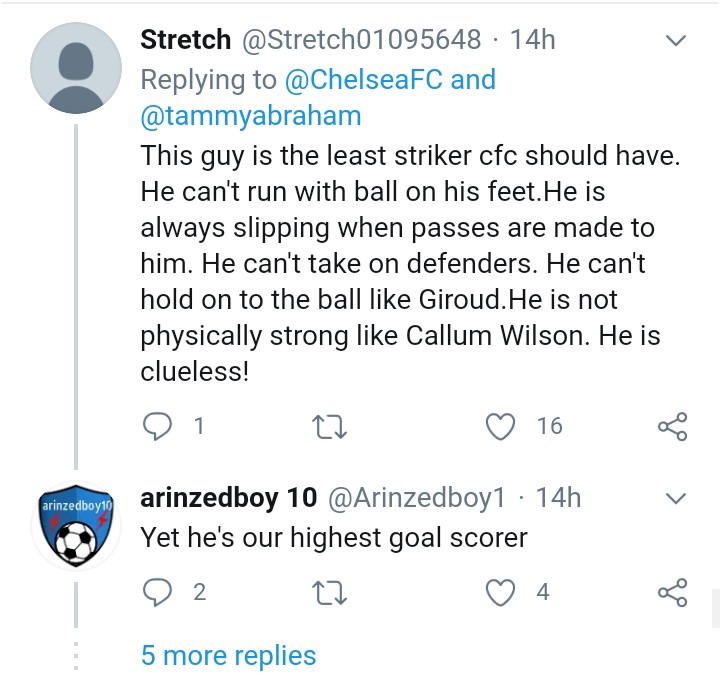 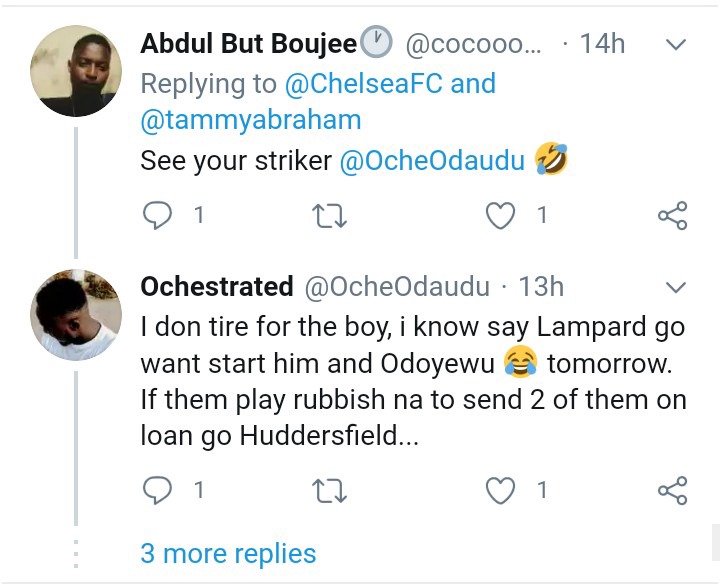 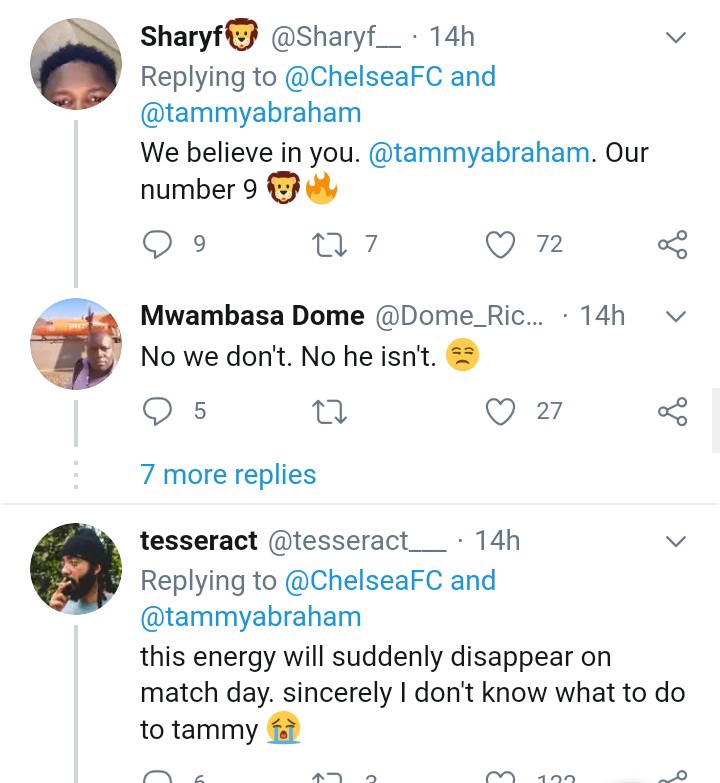 However, some fans were compassionate enough to speak favorably about Tammy. 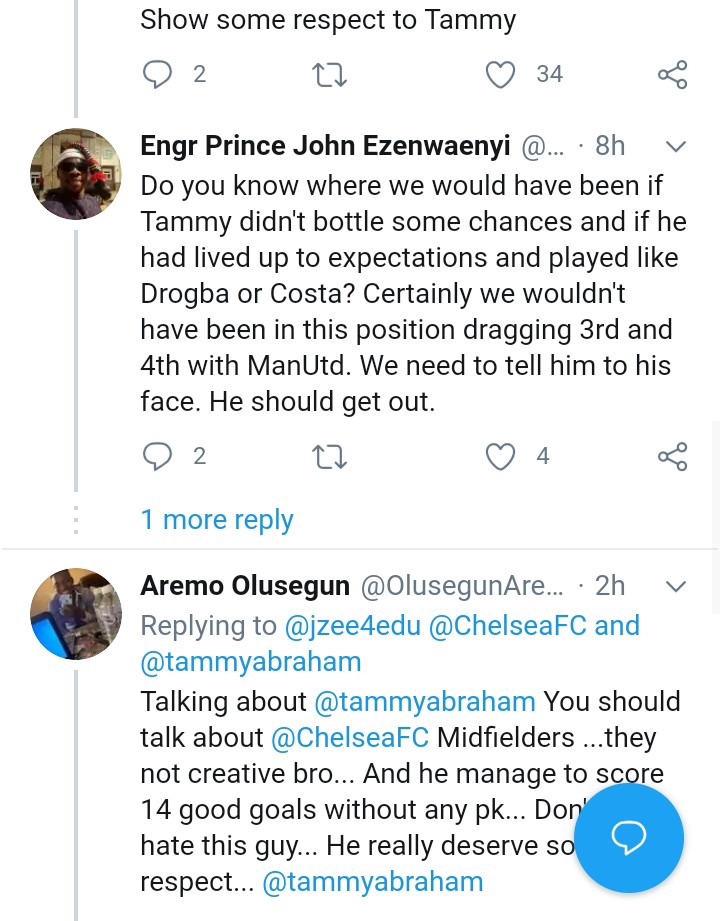 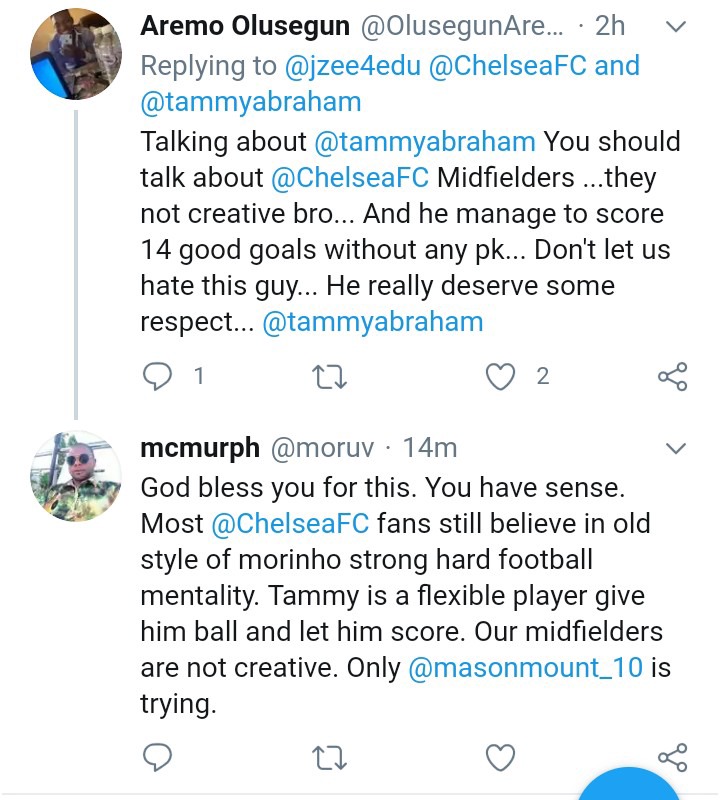 Don't forget that Williams had similar experience too, where supporters called for him to be sold, but are now calling for a contract extension, for the Brazilian winger. So there's hope for the young England professional. 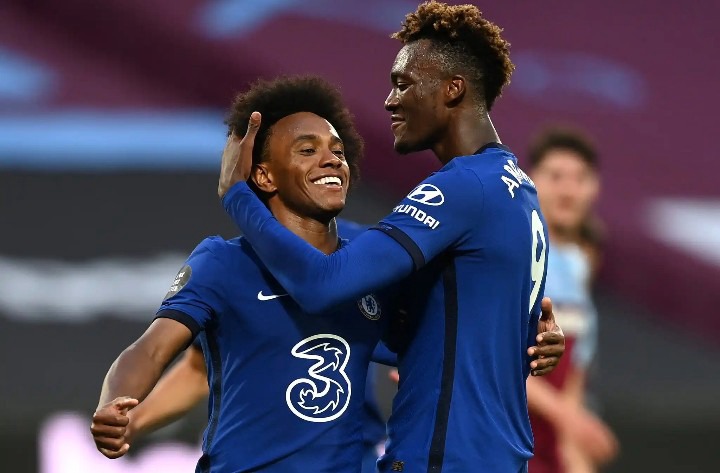 Does he really deserve all these? Why does clubs supporters always act in this manner? One day they sing your praises, and in another, the come out against you like a trash bag in the dinning room.