By NollymoviesPlanetTV (self meida writer) | 19 days 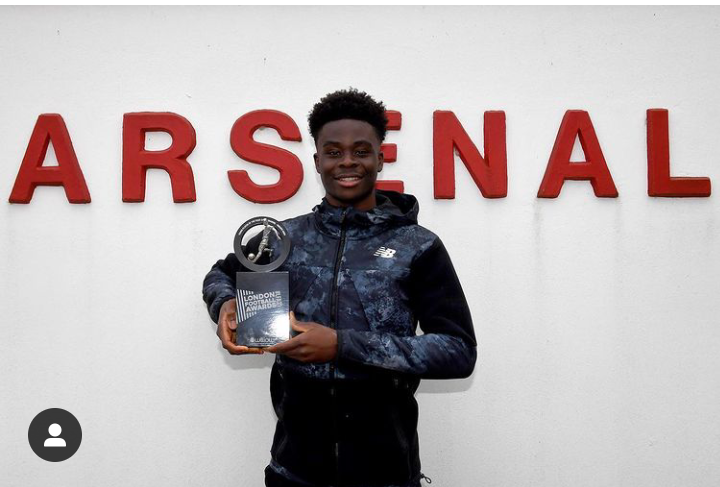 Nigerian born England international and Arsenal winger, Bukayo Ayoyinka T.M Saka has just bagged another prestigious award. The nineteen (19) year old talented footballer has remained one of Arsenal's best players in recent times, hence the reason his praises is on the leaps of most Arsenal FC fans.

Following his consistent world class performances, the England international has just been named the "London Young Player of the Year" during the London Football Awards which was held on Tuesday night, April 27, 2021. The excited Bukayo Saka took to his official Instagram page to share the good news with his friends, fans and well wishers.

In his words: "Thanks for the support this season. I'm grateful and thankful to the London Awards for awarding me Young Player of the Year." 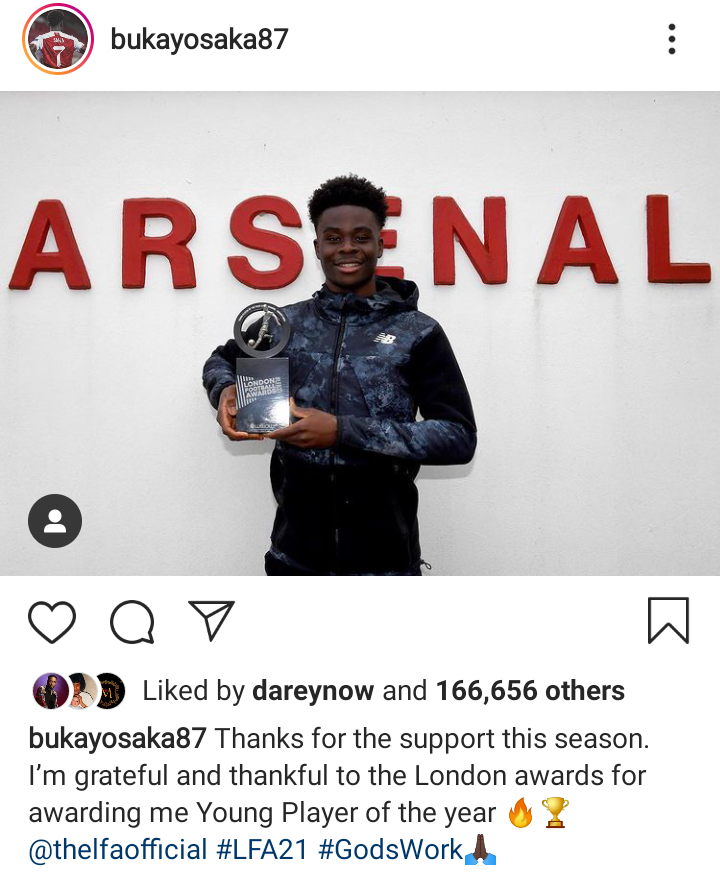 Following the award, several persons have continued to react to the cheering news, including some of his colleagues like Alexander Lacazette, Martinelli, former Arsenal forward, Alex Iwobi and some others.

Both Iwobi, Lacazette, Martinelli, and some others reacted with different emojis.

"Saka you are so loved in our team bro! I need you to know that so if you can let me Know that you understand that you are so loved, it would be good. A lot of players get hate from small percentage and think the whole fan base hates them," @itsaburner_umad commented.

See more comments and reactions below... 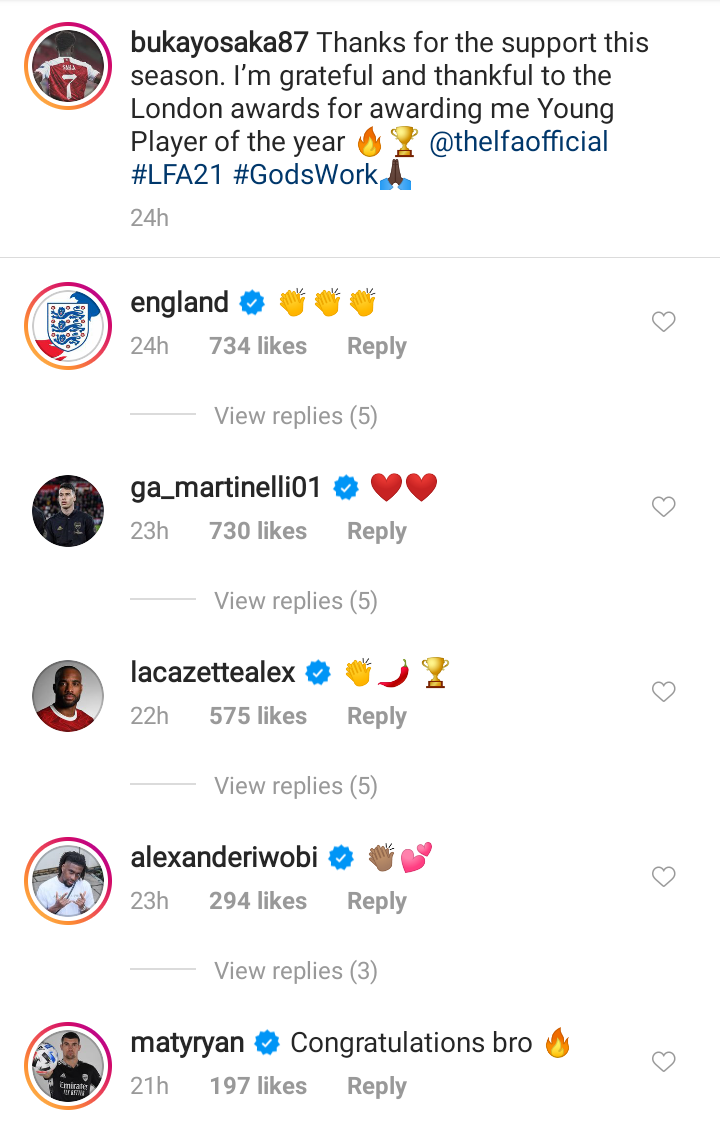 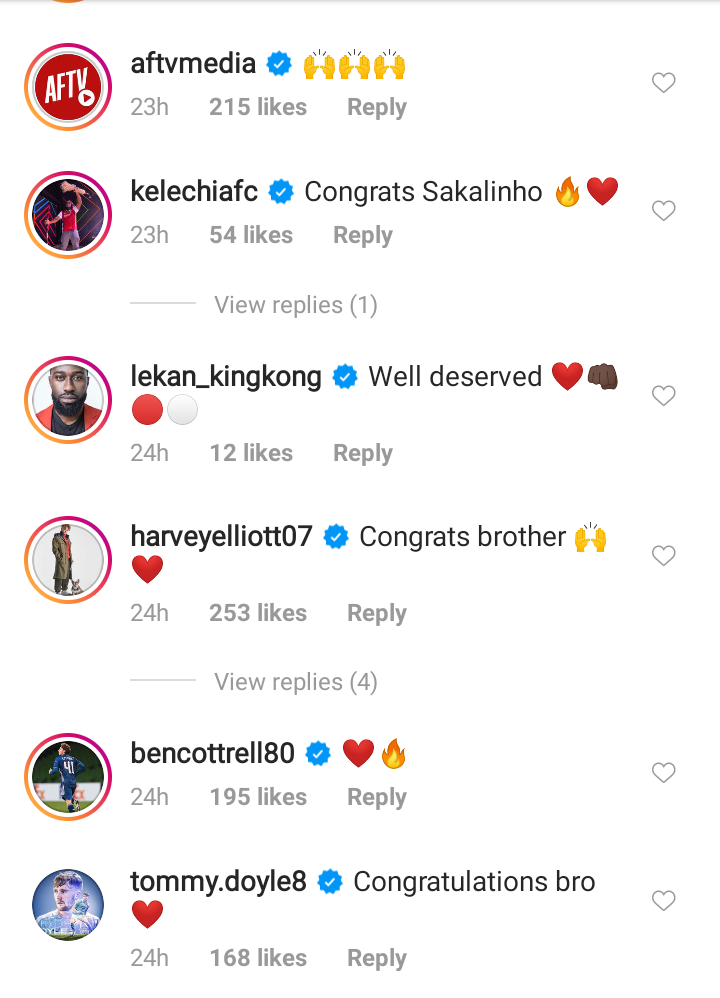 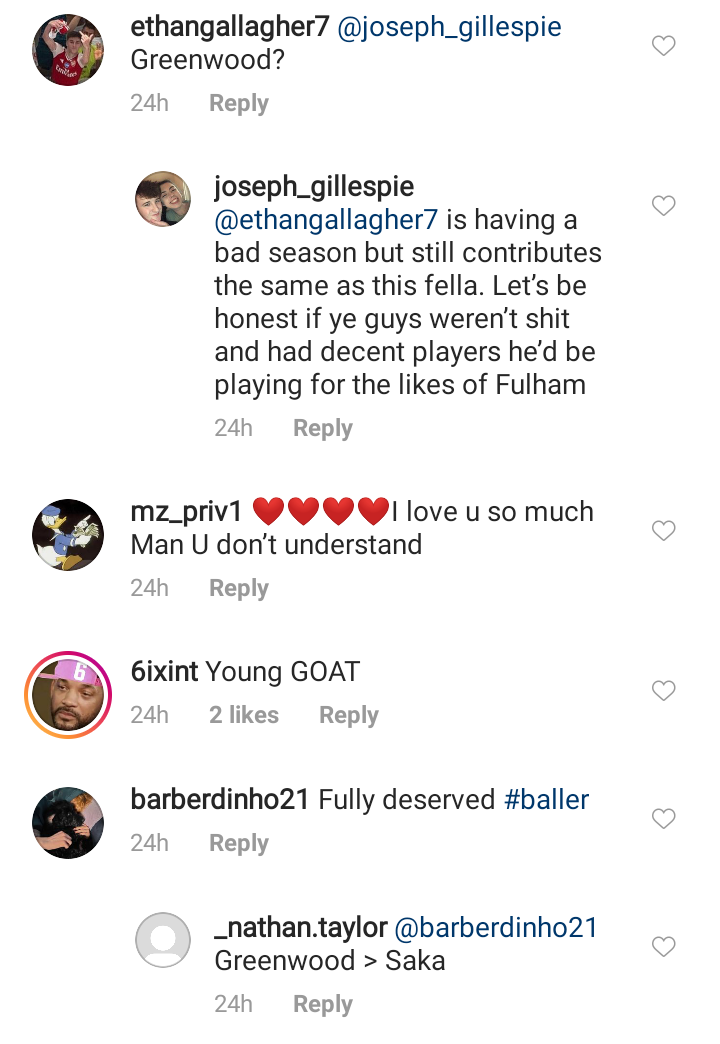 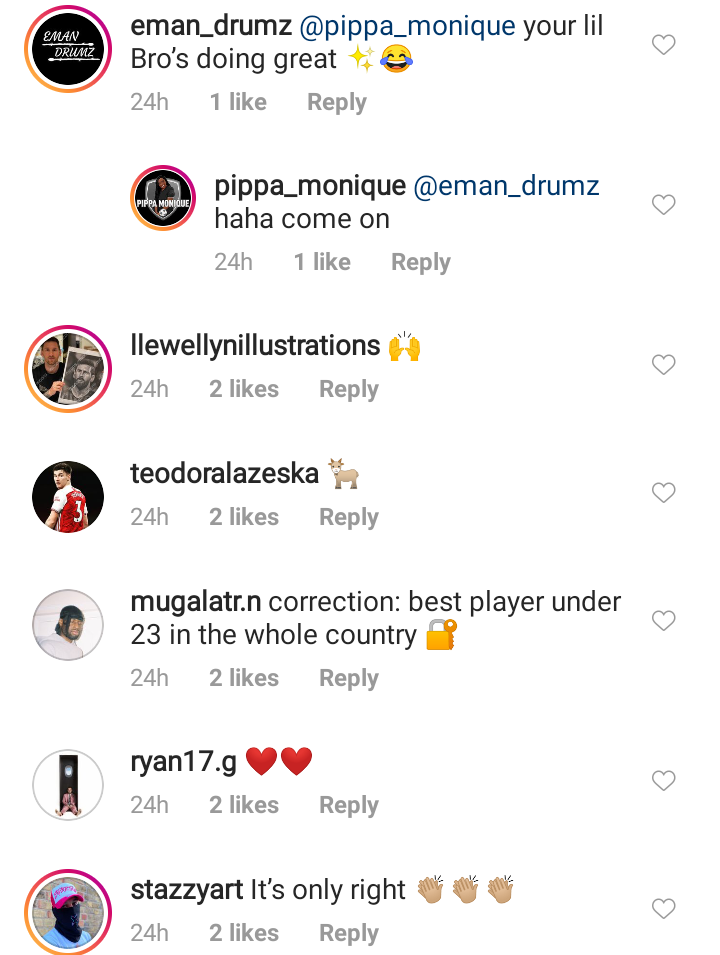 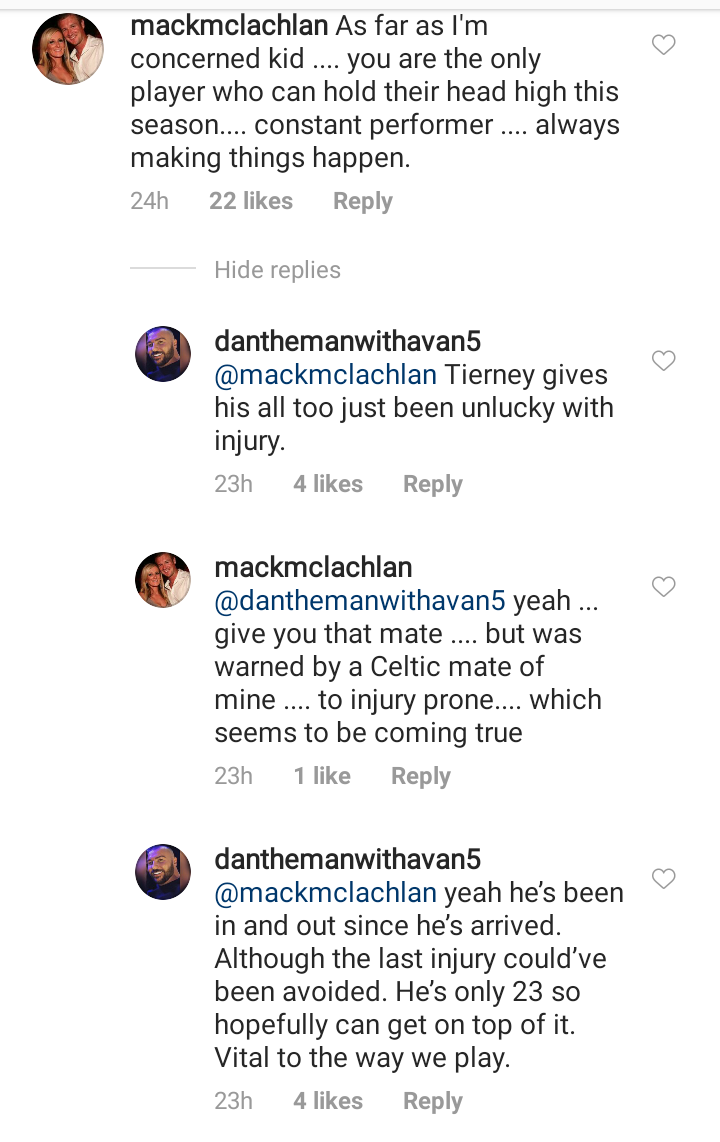 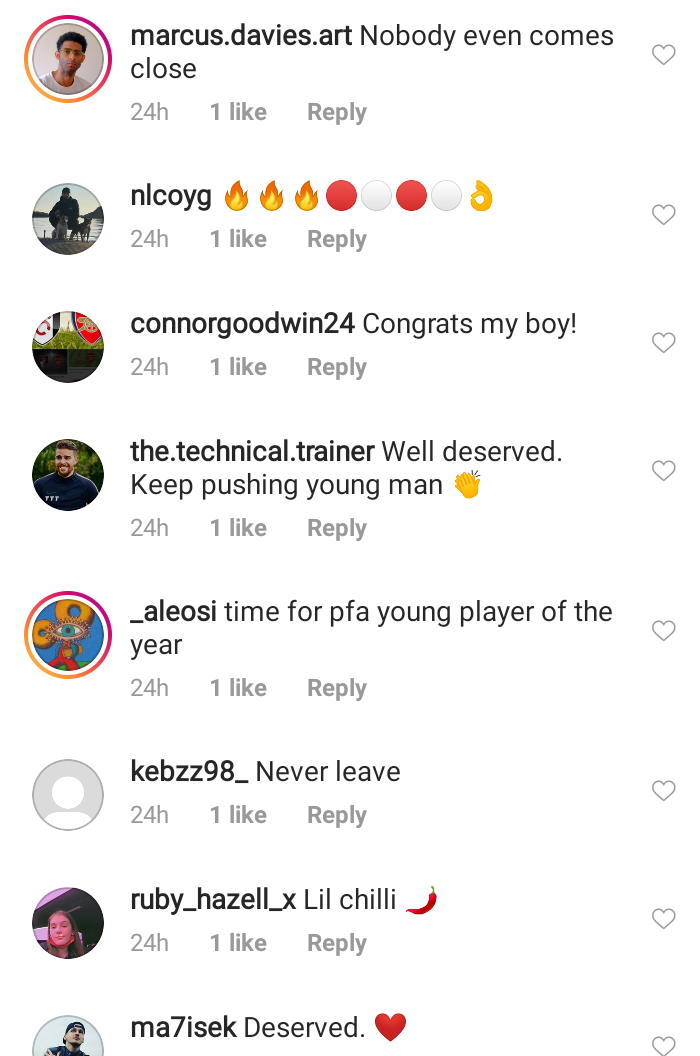 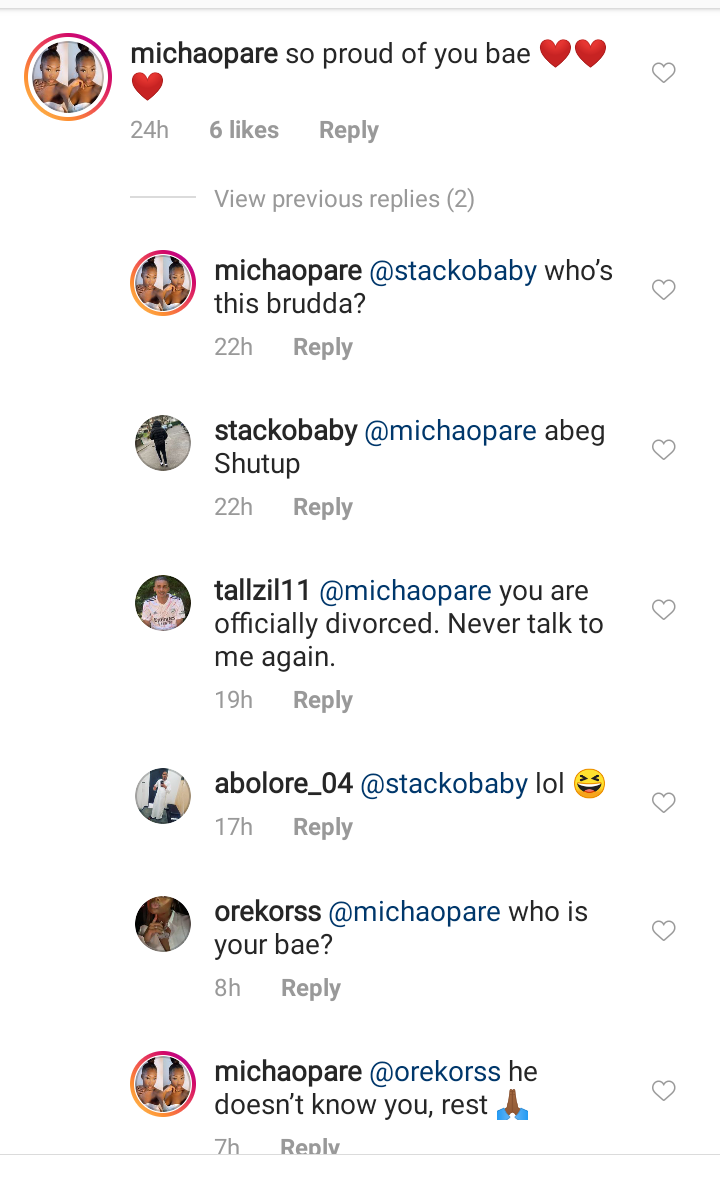 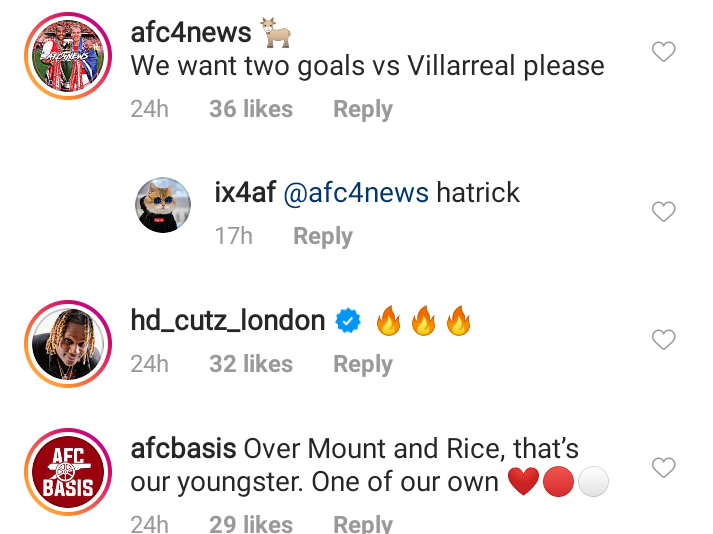 The award is in recognition of the players productive and memorable season with his North London club, during which he made his debut for England National team. Saka had to beat hisbArsenal team mate, Emile Smith Rowe, Chelsea duo Mason Mount and Recce James, and West Ham’s Declan Rice.

Though the young player has won some other awards like EPL player of the month, man of the match award etc. But the London player of the year is his first major individual award.

Arsenal ready to part ways with their striker as they set his transfer fee for £19m.

Going Into Gameweek37, Checkout How The Premier League Table Looks After Gameweek36

Harry Kane requests to leave Tottenham, set to be signed by either Chelsea, ManUtd or ManCity

Check Out Bruno Fernandes position on the EPL Golden Boot Chart ahead of their game against Fulham.