Dolph Ziggler took to Instagram to post a photo of himself posing with the WWE Championship along with with the caption - 'A glimpse into the future?' The Rock commented on the IG post and co-signed the idea of seeing Dolph Ziggler become the next WWE Champion. Rock praised Ziggler for his talent and noted that The Showoff always has a spark in his presentations. 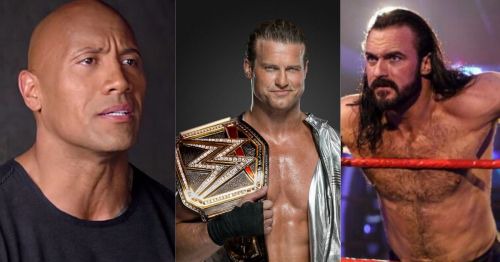 Drew McIntyre caught wind of Rock's comment, and the WWE Champion responded with The Great One's iconic catchphrase, which was pretty epic!

Will Dolph Ziggler live up to The Rock's endorsement and become the next WWE Champion?

The Horror Show at Extreme Rules will see Dolph Ziggler and Drew McIntyre lock horns in a match for the WWE Championship.

Dolph Ziggler will choose the stipulation for the match, and he has decided not to reveal it until the PPV. WWE, however, may have accidentally spoiled the stipulation in an advertisement, but we've not been able to confirm the same at the point.

Ziggler was recently moved to RAW as part of the trade that saw AJ Styles being drafted to SmackDown. The former World Heavyweight Champion confronted his former tag team partner and immediately challenged him to a WWE title match.

While the fans initially didn't seem too excited about the feud, WWE has managed to keep the storyline interesting by recently getting Heath Slater back for a one-off appearance on RAW.

While The Rock's endorsement of Ziggler as the next WWE Champion is a nice gesture, Drew McIntyre is widely expected to retain the title at Extreme Rules.

Ziggler and McIntyre should nonetheless have a solid match, as is the case with most of their matches.

It's just a filler feud until SummerSlam comes around and McIntyre is possibly inserted into an angle with this popular Superstar. Dolph Ziggler has always been viewed as the guy who makes other talents look good. Unfortunately for him; he may be in the ongoing feud just elevate the Scottish Psychopath and the WWE title reign before SummerSlam.