See what Pep Guardiola said about Liverpool's transfer target. But is he correct? 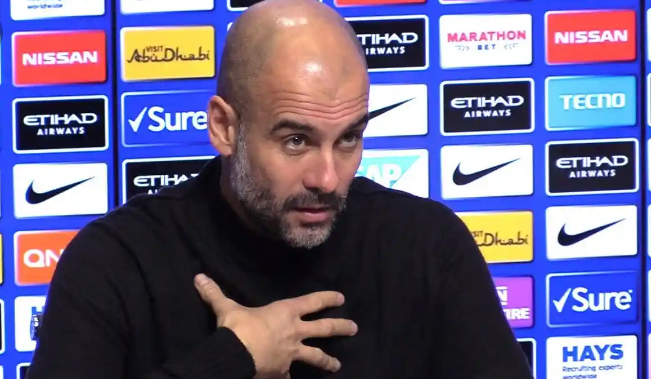 Pep Guardiola has given his opinion on the transfer of one of Liverpool's targets from the German Bundesliga to the English Premier League.

The Reds are linked with two German Bundesliga players at the moment. Kai Harvertz and Thiago Alcantara are all potential targets for Liverpool.

Thiago is approaching that end of his contract with German champions Bayern Munich and has been reportedly linked with a move to Liverpool. The Bavarians had offered the Spanish star a new contract but he reportedly turned it down, saying that he needed a new challenge.

Liverpool are serious in signing the former Barcelona star and has received a go ahead order from the player's former coach, Pep Guardiola.

Pep Guardiola was the one who signed Thiago Alcantara from Barcelona after he was made the first team coach at Bayern Munich in the year 2013.

Pep Guardiola who has always known about the potential of the Spaniard has now revealed that the he (Thiago Alcantara) would thrive in the Premier League if he completed a move to Liverpool.

When quizzed about Thiago's impending move to English Premier league and if he could play well in it, Pep said:

"No doubt about this,

"A player who played for Barcelona and Bayern Munich can play in the Premier League. Yeah of course he can play."

A player who plays in Barcelona and Bayern Munich can play in the Premier League. Yeah of course he can play. If Thiago's move to Liverpool becomes successful, it will see him reunited with his former coach Pep Guardiola in the English Premier, though he would by representing the Reds.

However, Guardiola has given his own view, but the truth remains that the English Premier League is the strongest league in the world and a lot of players has come there and failed. Therefore, it is not a guarantee that Thiago will succeed in the EPL, despite the fact that he had two successful careers at Spain and Germany.