Manchester United midfielder, Fred has stated his desire to play in a more advanced position. 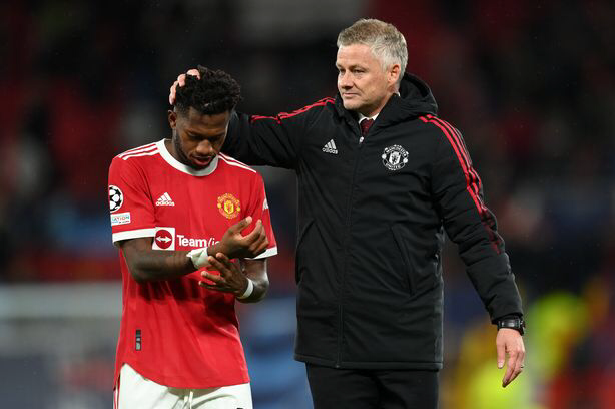 Fred had one of his 'best' performances for the Brazilian national team, playing a key role in the Selecao's 4-1 victory over Uruguay.

Instead of playing in the normal defensive-midfield role he is deployed in at United, the 28-year-old was instead paired with Liverpool's Fabinho who sat back and offered him the freedom to progress up the pitch.

After just eight minutes, Fred set up the opening goal with a beautifully clipped pass over the defense for Neymar to latch on to, round the goalie, and slam home.

That was just the beginning of an outstanding performance in which he had a 93 percent passing accuracy, finished 100% of his dribbles, won 62% of his duels, and made two interceptions.

Fred has made it plain that he would like to play for his club as well after performing so well with the license to go forward for his country.

"This role of second defensive midfielder is something we talk about a lot. You call it a box-to-box system in Europe "'I told UOL,' he said.

"You assist in the ball's escape and are able to contribute more to the attack. You're already there to challenge for the ball if you lose it at the front. It's a lot of fun for me to play like this. It's my perfect situation.

Brazil moved a step closer to qualifying for the 2022 World Cup with a 4-1 win over Uruguay, which included goals from Leeds United's Raphina, Gabriel Barbosa, and Luis Suarez.

Fred was overjoyed with his personal performance as well as the performance of the rest of his comrades.

"I'm overjoyed with the win; it was a fantastic game," he continued. "It was one of the greatest matches I've played for the national team, with a little more attack involvement."

"When it comes to defending, don't give up the ball and press hard while defending well." It was a fantastic game for everyone involved. "I'm overjoyed."

Fred and Cavani are unlikely to be ready for Saturday's encounter because it was played in the early hours of Friday morning in GMT.