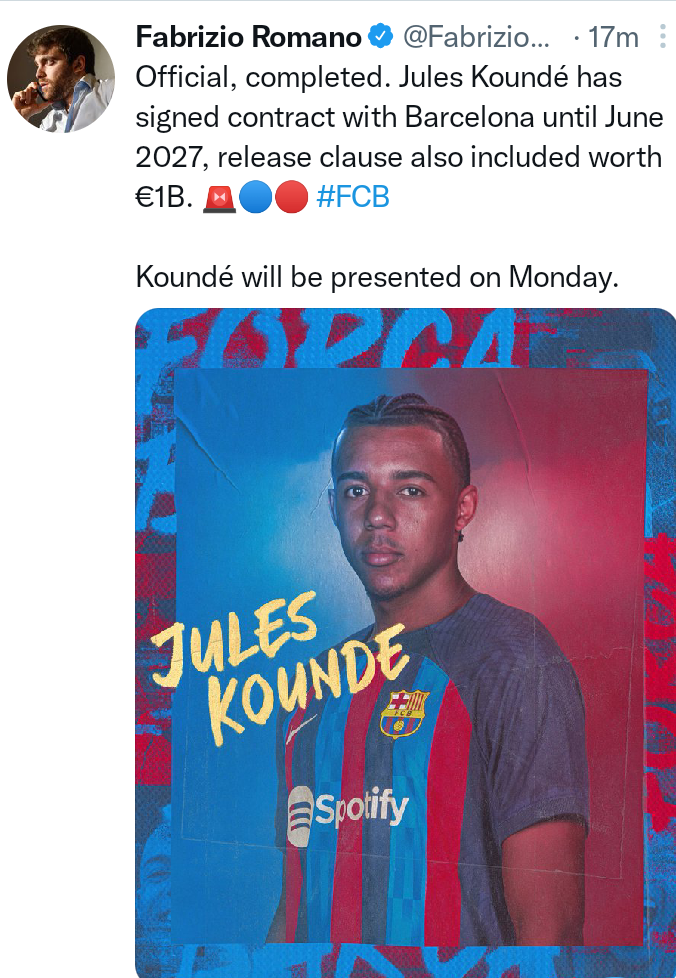 Barcelona outbid Chelsea for a headline signing for the second week in a row, landing Jules Kounde from Sevilla for €50 million plus add-ons.

The Catalans came in to hijack the agreement with the Blues just as it was about to become official.

The transfer of Charles De Ketelaere to AC Milan has been finalised. 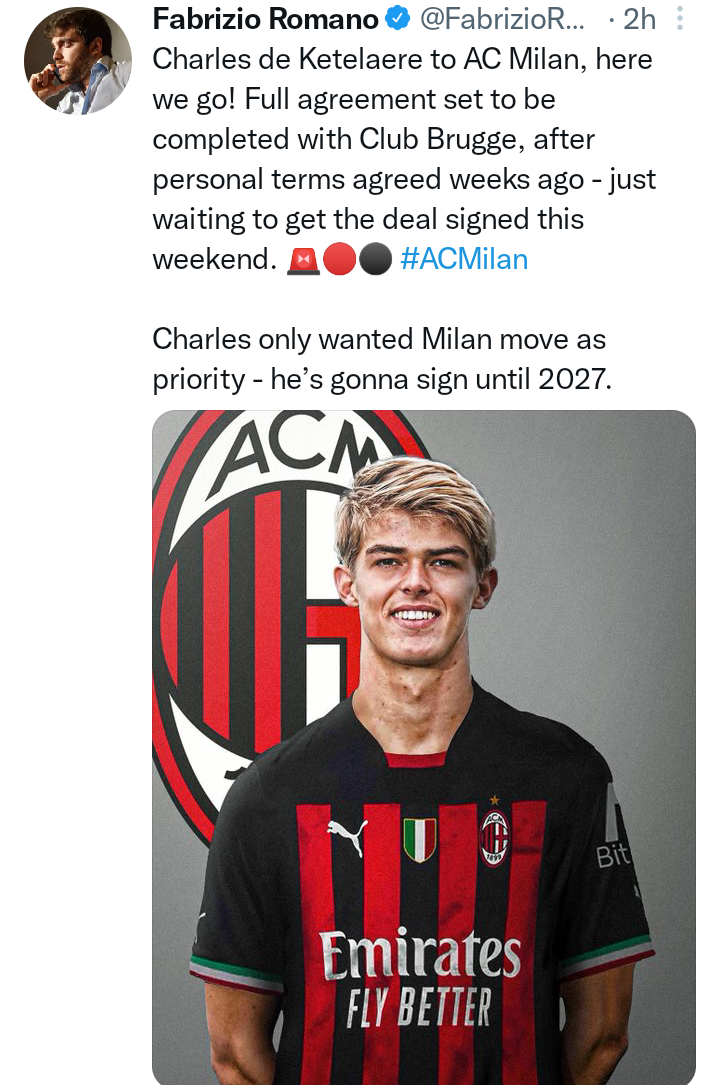 According to numerous sources, the playmaker has accepted the current offer from the Rossoneriu and is scheduled to be in Milan as early as tomorrow.

Although it has been said before, the saga's conclusion is in sight. It has been going on for quite some time. This time, though, there is cause for optimism because a deal has been struck and is likely to be finalised.

Calciomercato.com reports that Milan's bid of €35 million (plus bonuses) has been approved. It consists of a set base of €32 million and a bonus potential of an extra €3 million. There is also a 15% release clause.

The third uniform for England's Arsenal football club's upcoming 2022–23 Premier League campaign has been unveiled. The stunning jersey is pink and the shorts are navy blue. 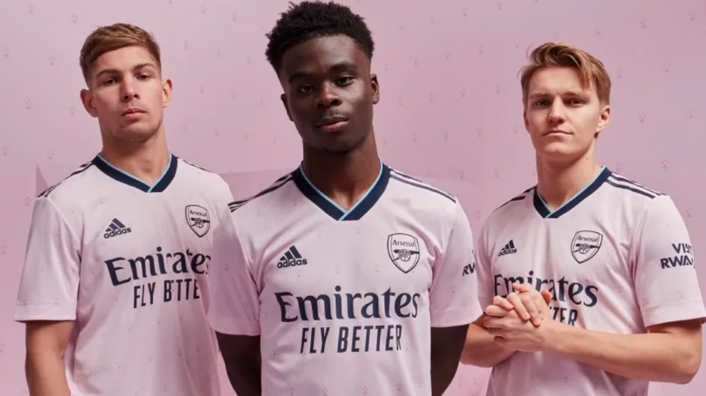 Arsenal was supposed to wear the new uniform for the first time against Sevilla on Saturday, according to reports from earlier this week.

However, according to Arsenal, they won't wear the uniform until their Premier League opener against Crystal Palace on Friday, August 4.

Content created and supplied by: SirMuftau003 (via Opera News )