English premier league giant, Manchester City midfield enigma Kevin De Bruyne was in action for the Pep Guardiola's side yesterday at the Puskas Arena in the second leg of the UEFA champions league round of 16 ties.

The Belgian international was again superb for the Cityzen with his top notch delivery on the field of play with his dazzling displays against the visitor. The former Chelsea star was on target for the Premier League leader as he scored an incredible strike from outside the box after receiving an assist from former Leicester City star, Riyad Mahrez to take the lead for his side.

With his mind blowing strike yesterday, he has now scored 25 goals from outside the box in all competitions for Manchester City, the most of any premier league since he joined the club.

The midfield enigma has been phenomenal as he's known for goal scoring, play making, creating pace and above all creating assist, thereby making him versatile and prolific in his chosen career.

The 2-0 win for the premier league giant yesterday means they have a 4-0 advantage over the German Bundesliga giant, Borussia M'gladbach having won the first leg of the encounter with a 2-0 score line. 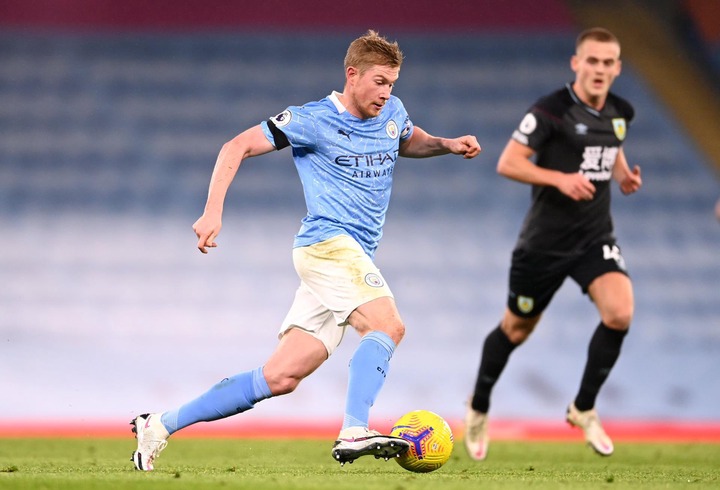 As such, Manchester City are now through to the quarter finals of the competition for the fourth consecutive seasons, thereby will be at look out for who they will play next when the draw is made on Friday - having joined the likes of FC Porto, Bayern Munich, Borussia Dortmund, Paris Saint Germain, Real Madrid for the title race of the most coveted trophy.