Analysis: How Serie A Table Looks After Juventus Beat Torino And Inter Came From Behind To Win

Matchday 7 of the Italian Serie A started with the defending Champions, Inter on away soil to Sassuolo as they put up their finest fight, in grabbing all 3 points.

Frank Ribery's Salernitana have finally won their first Serie A game, after promotion from Serie B. Having drawn 1 and lost 5 of their 7 games this season, Salernitana took a bold step of belief, as they pulled a surprise victory over Genoa to keep their hope of first flight Football alive. 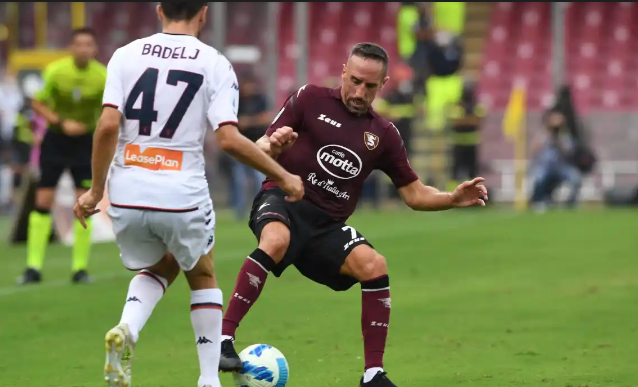 Djuric's 66th minute strike made the all important difference between the host and Genoa, as Salernitana moved to 19th spot on the log. 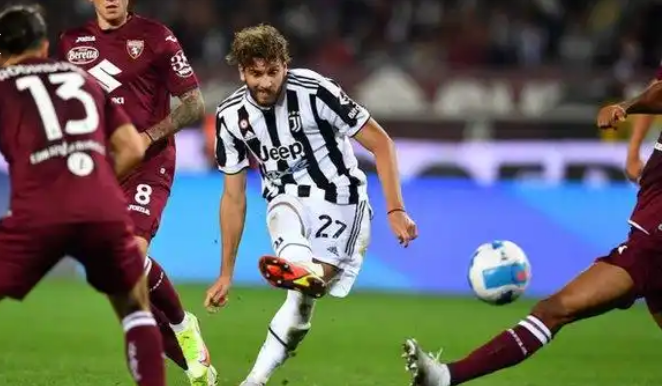 Manuel Locatelli grabbed his 2nd League goal for Juventus in Ronaldo's absence after a struggling phase with defensive minded Torino. Away from the shock of losing 2 games and drawing 2 this season, Juventus are now on the 8th spot with 11 points, after this win they trail Napoli by 7 points and Inter Milan by 6 points 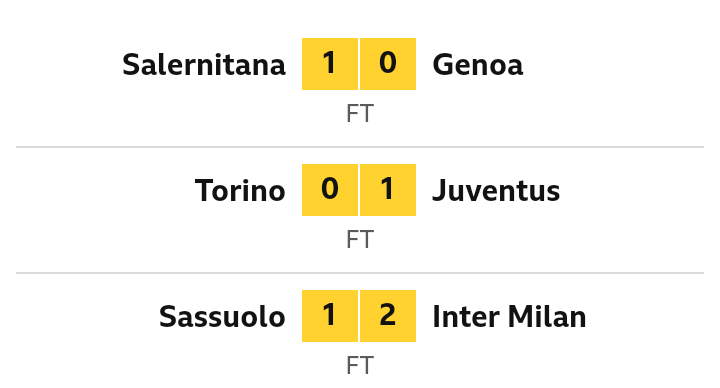 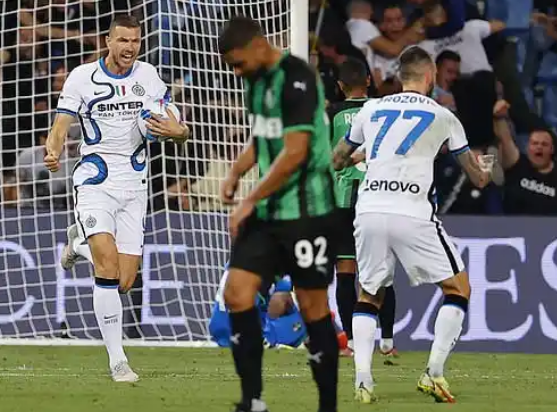 Inter Milan had a convincing win against Sassuolo on Matchday 7 after a deserving victory on away ground. Although, Berardi 22nd minute spot kick goal gave everyone that belief that Sassuolo were going to win, until the table turned in the 58th minute, Super sub Dzeko struck with his first touch of the game to level before winning a penalty kick which Martinez converted in the 78th minute to settle the tussle for Inter Milan, as they now appear on the 2nd spot of the Serie A log with 17 points. 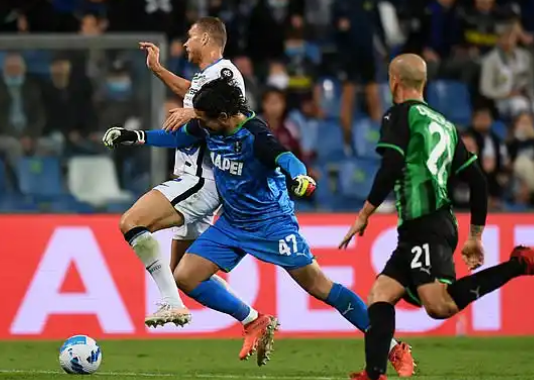 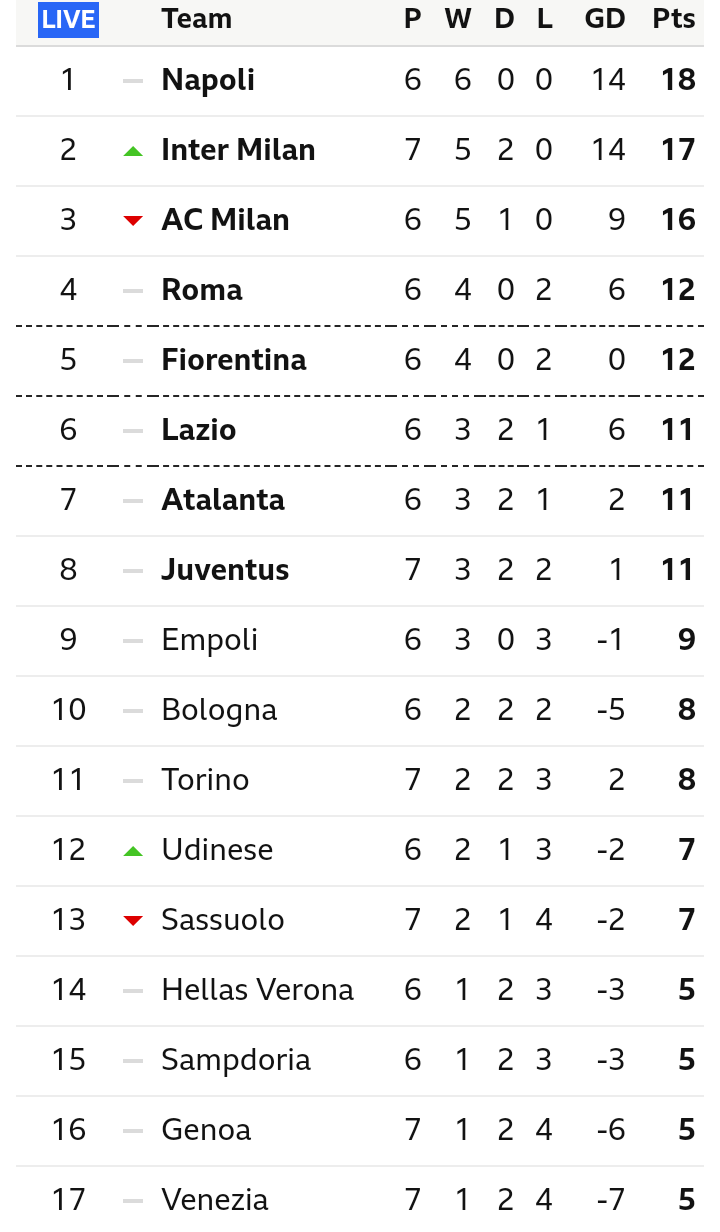 AC Milan will be travelling to Atalanta to try climb up the Serie A ladder for their Matchday 7 encounter. A draw will stil hold them behind Inter on the 3rd spot, unless they score more than 5 goals or won with 3 Points to sit comfortably on 2nd spot. 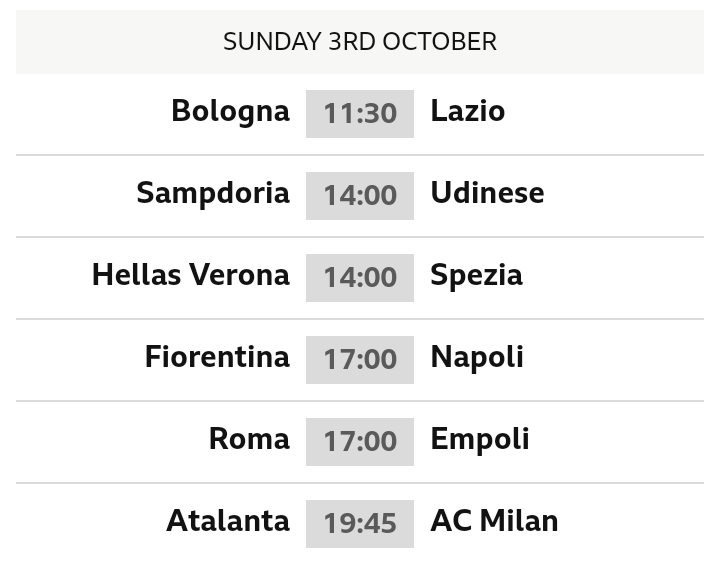 Leader, Napoli will lock horns with Fiorentina in a bid to maintain their number 1 spot which they earn by 18 points after 6 games. All eyes will be on Nigeria's striker, Osimhen who will be looking forward to adding more to his 4 League goals this season. 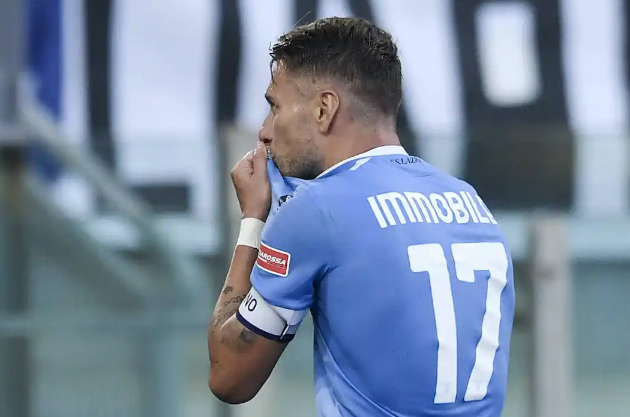 Golden boot race Leader, Ciro Immobile shall have another privilege to add more goals to his numbers after scoring 6 already this season. Ciro Immobile is now joint top scorer following Edin Dzeko's 6th League goal against Sassuolo. Spezia, Salernitana and Cagliari are rock bottom of the log as they are swimming in relegation waters. Mourinho's Roma will welcome Empoli at the Stadio Olympico, for their next encounter with the newly promoted side.

Osimhen's Napoli are looking like a major contender this season, do you think they can tussle the Scudeto from Inter Milan? Nothing is impossible in football, follow for more Serie A stories.