Barcelona's Possible Lineup Against Espanyol In Their Next La Liga Match

By SPORTSC (self media writer) | 25 days ago

Barcelona FC will face Espanyol in a La Liga match on November 20th, 2021. The La Liga football competition is one of the most popular leagues in the world, with millions of people tuning in to watch it. Barcelona FC will host Espanyol at Camp Nou Stadium, their home stadium. This season, the two clubs have not been performing well. The fans appear dissatisfied with Barcelona's performance and anticipate some improvement now that the club's new manager, Xavi, has arrived. 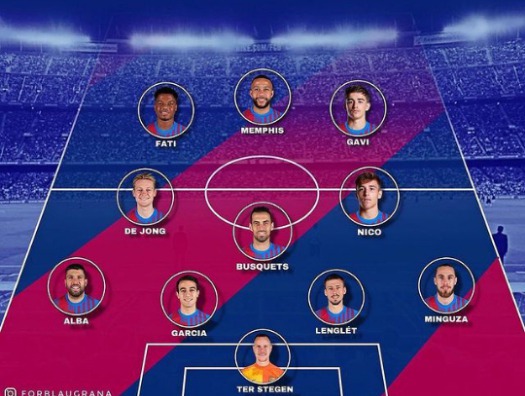 Barcelona FC needs to beat Espanyol in order to climb higher in the La Liga table. With this possible lineup, Xavi, Barcelona's current manager, may win his upcoming match against Espanyol, as fans expect to see some improvement from the players in their upcoming matches.