Spanish and European Champions Barcelona feminine team host the ever reliable and tactical Madrid CFF to Matchweek 32 of the Spanish Primera Feminine League at the pointEstadi Juan Cruyff Stadium. 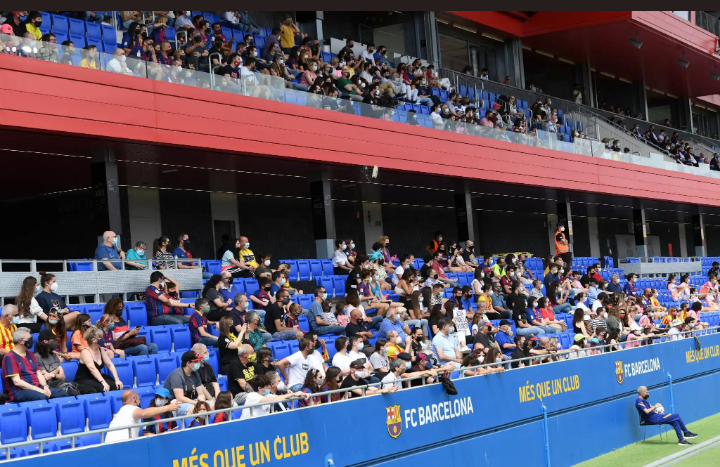 From what looks like determination, Madrid CFF bounced on Barcelona Women from the first minute to calve out a goal against the host. Priscilla Borja's goal unsettled Barcelona Women that they changed their pattern immediately. Just a minute after the away team's strike, Barcelona's Bruna Vilamala levelled on what looks like a ash vengeance to set the game on balance. 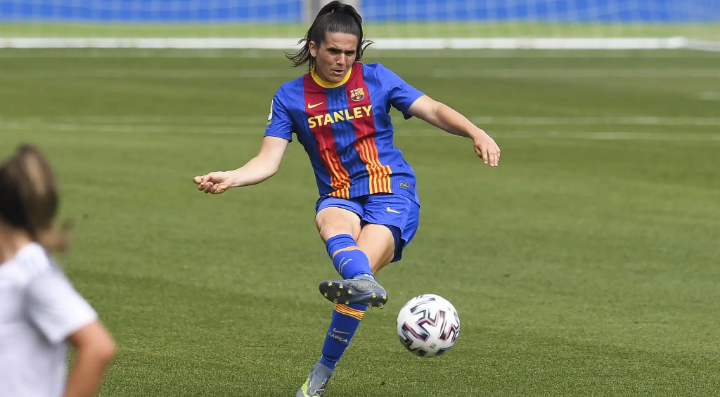 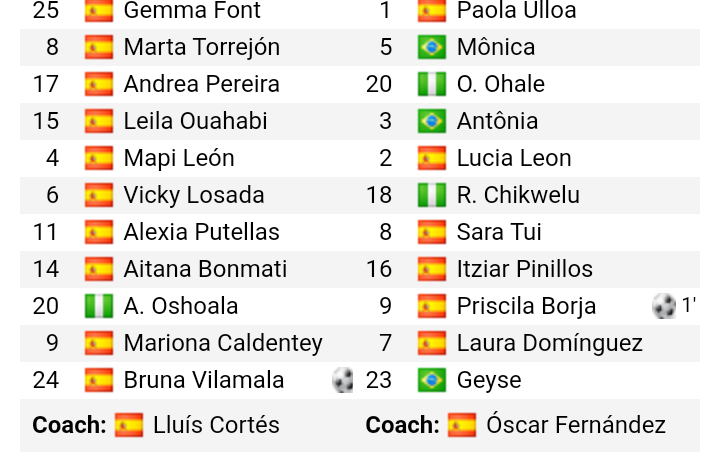 Chikwelu and Ohale's contribution between the Madrid's defence and Midfield really worked out some magic as the away team held Barca Women to ransom from the midfield, dictating the tone of the game. In the 38th minute of play, Osinachi Ohale got Madrid CFF 2nd Goal after jumping on Geyse's cross to put the first half to a commanding end. 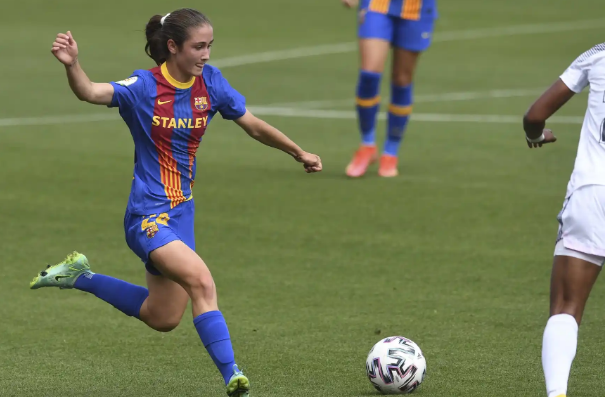 With substitutions from both sides of the field, the 2nd half took a new shape as Barclona Women possess more than Madrid CFF Women could handle. Team work flow between the Barcelona forward and Midfield put another goal in the bag for the home team. Marta Torrojen struck in the 63rd minute to level on goals in a solo effort to make it 2-2. 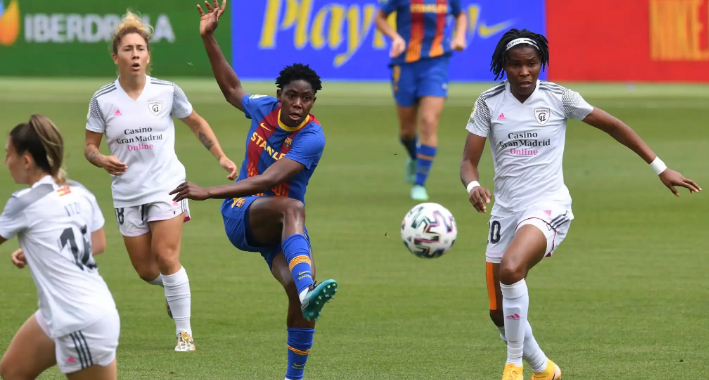 Although Chikwelu tried defending from the middle for Madrid CFF, Oshoala's moves were just exceptionally good for her to handle. In the 74th minute, Barca's Pattri Guijarro came off the bench after replacing Aitana Bonmati to make it 3-2 for the home side as Barcelona once again returned to winning ways after losing to Atletico Madrid in their last game. 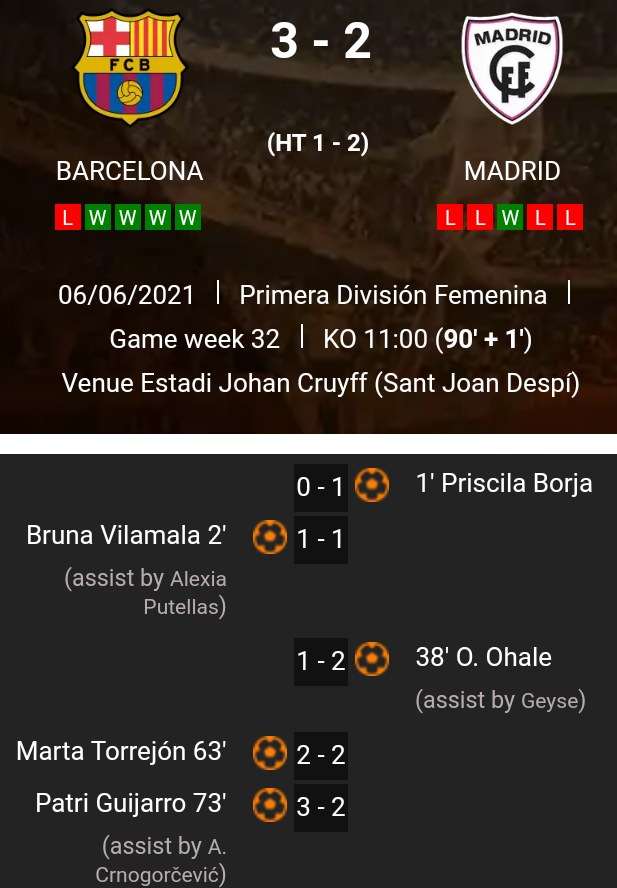 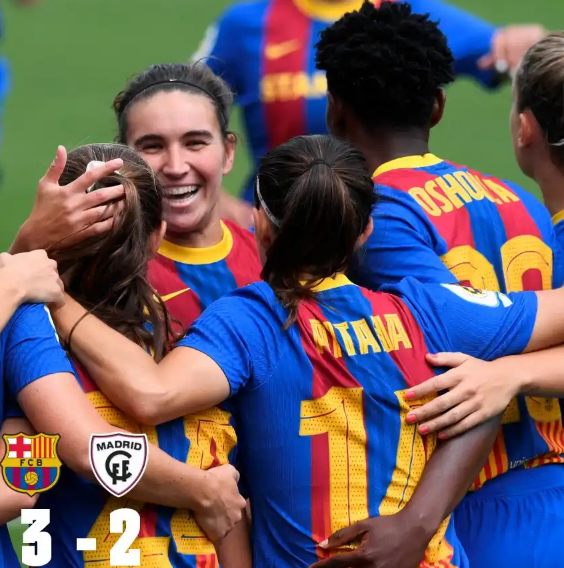 As it looks now, Barcelona feminine team have added another 3 point to their lead on the log even though they already take home the Trophy. 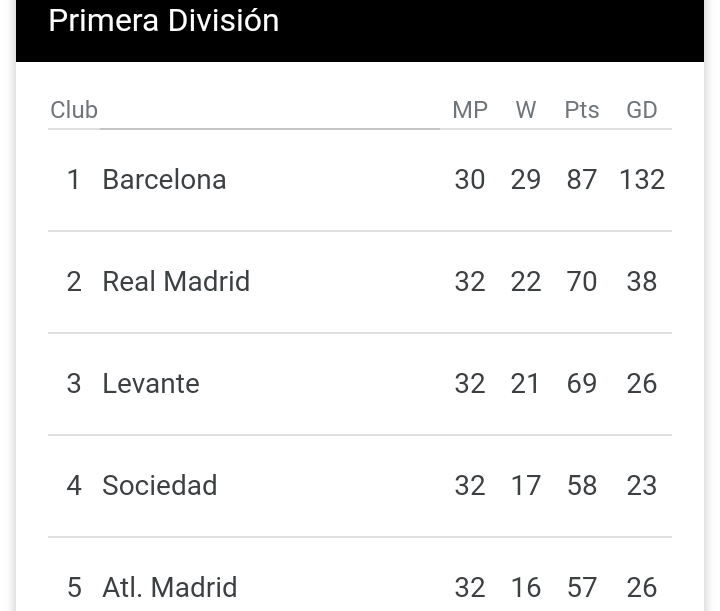 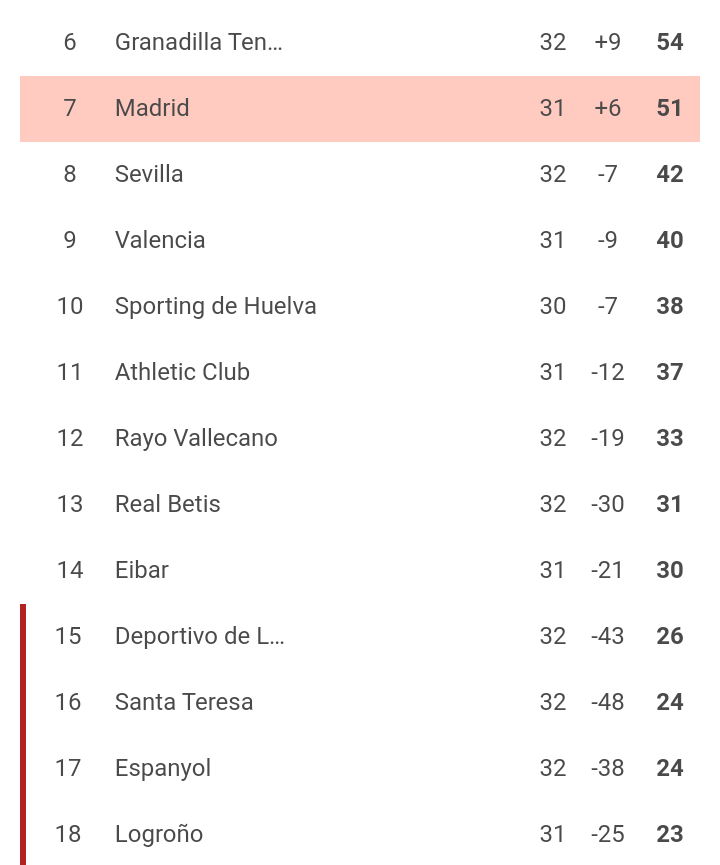 After 30 games, the champions have 87 points, closely followed by Real Madrid with 70 points and Levante on 60 points after Both played 32 times this season. Between Real Madrid and Levante who do you think will be runners up as the League closes? Follow for more Women football stories.