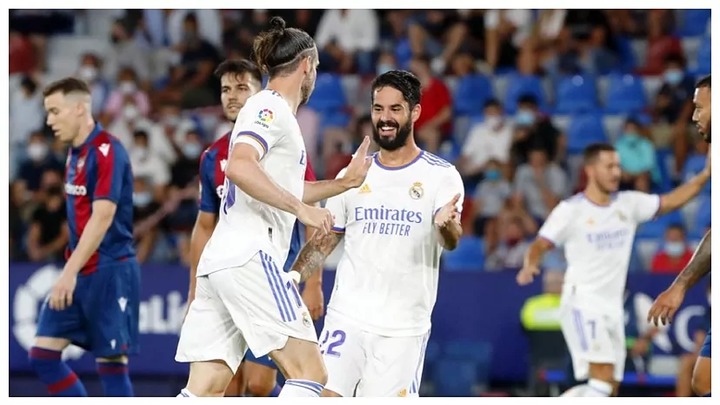 Gareth Bale gave Real Madrid an early lead in their LaLiga Santander match against Levante on Sunday night with a left-foot shot in the fifth minute. In this way, he broke the scoring drought with Los Blancos that has lasted 578 days, since his last goal with the club against Unionistas in the Copa del Rey on January 22, 2020.

The Welshman found the back of the net three times during the 2019/20 season, which has been his lowest performance in front of goal during his career in the Spanish capital so far. He has only played for the club six times since that goal against Unionistas, as he has spent most of that time on loan at Tottenham Hotspur during the 2020/21 season.

In reality, his drought of goals in Real Madrid only lasted six games, with Ball now scoring his first goal of the 2021/22 season, and Carlo Ancelotti has predicted he won't struggle in front of goal this season shortly after taking charge at the start of the campaign.