Opinion: The Best Men’s Soccer Players Of All Time

For more than 150 years, soccer has been the world’s favorite pastime. The beautiful game has seen countless players take the pitch for teams at every corner of the globe and every level of ability. But among all those footballers, there have been a select few that have become icons and heroes, worshipped by fans long after they hung up their cleats for good.

Comparing players among the various positions and the many leagues and tournaments that exist is a tough task but we’ve looked through the record books and found our choices for the best men to ever play the game. In most cases, our stats came from The Rec.Sport.Soccer Statistics Foundation (RSSSF), unless otherwise noted. 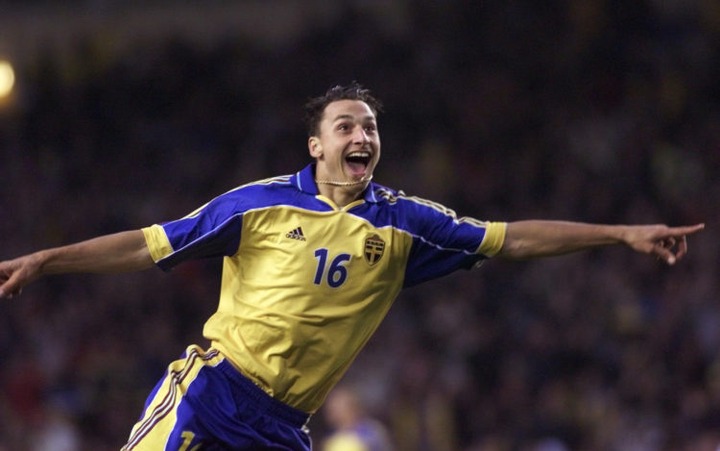 Longevity in professional sports is remarkable and Zlatan Ibrahimović has made it look easy. The Swedish striker has scored a goal in all three decades from 1990-2020, beginning with his time with Malmö FF in 1999. In Sweden, he’s nothing short of a living legend, having scored more goals than any other player in the proud history of that country’s national team. Among all active players, Ibrahimović sits behind only Lionel Messi and Cristiano Ronaldo with the most top-level goals scored in a career, with 547 so far. 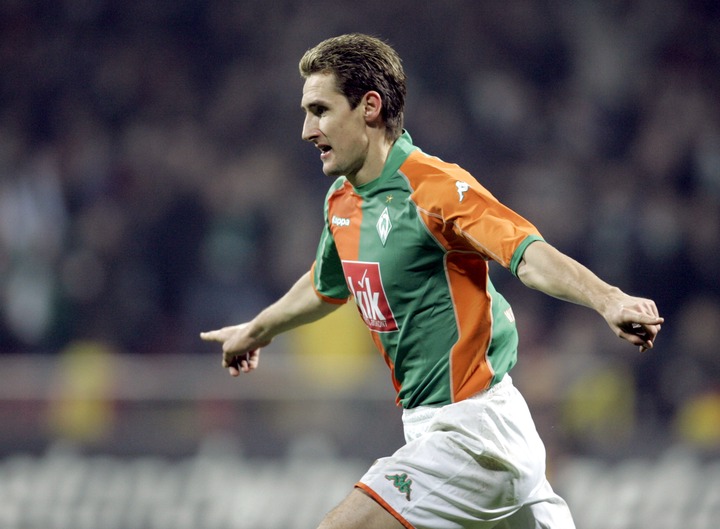 Whenever Miroslav Klose scored a goal for the German national team — which happened in 40 contests in his long career — they never lost a single game. How’s that for a stat? Klose is as good as any player in history on the biggest stage in all of sports, with his 16 career World Cup goals being the most for any man in tournament history. His 11 World Cup matches with at least one goal are tied for the most ever and he’s also the only player to score at least four times in three different World Cup tournaments.

He wasn’t nearly as gifted a goalscorer at the club level but Klose’s precision at the game’s most revered tournament helped Germany to top-three finishes in 2002, 2006 and 2010, as well as a championship run in 2014. 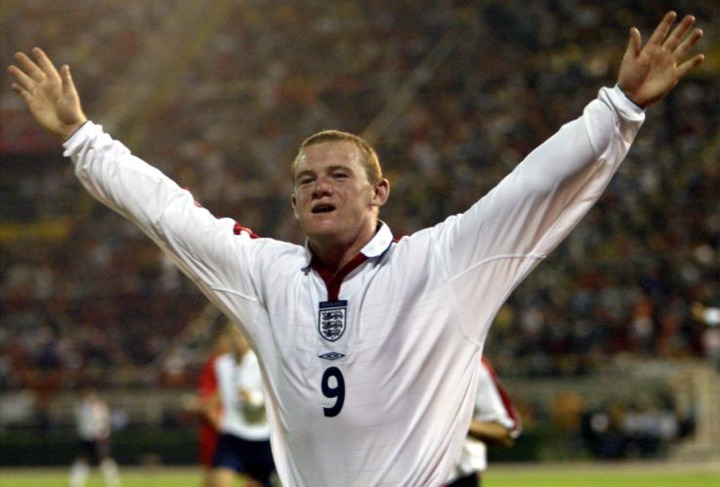 One of the greatest players in British history, Wayne Rooney was a prodigy who made his international debut for the English national team at 17. He’s since come to be seen as arguably the best player in that team’s storied history, with his 53 career international goals being a record for England, despite him not being the team’s most-capped player. He’s also the all-time leading scorer for Manchester United and the second all-time leading scorer in English Premier League history. And in case you thought that all meant he was selfish with the ball, he’s also one of only four men with at least 100 career assists in EPL play, as well. 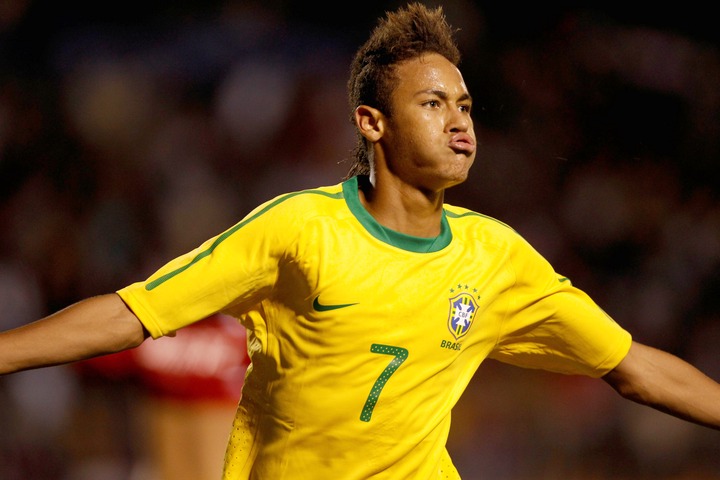 The youngest player to make our list, Neymar has lived up to his nation’s unmatched legacy of incredible soccer talent. The Brazilian made his professional debut at 17 in Série A and has since only grown his legacy by starring in La Liga and Ligue 1. Since 2009, he’s done nothing but torch the record books, scoring an incredible 310 club-level goals in just 277 appearances. He’s already the third-best scorer in the vaunted history of the Brazil national team, scoring 61 times since 2010. 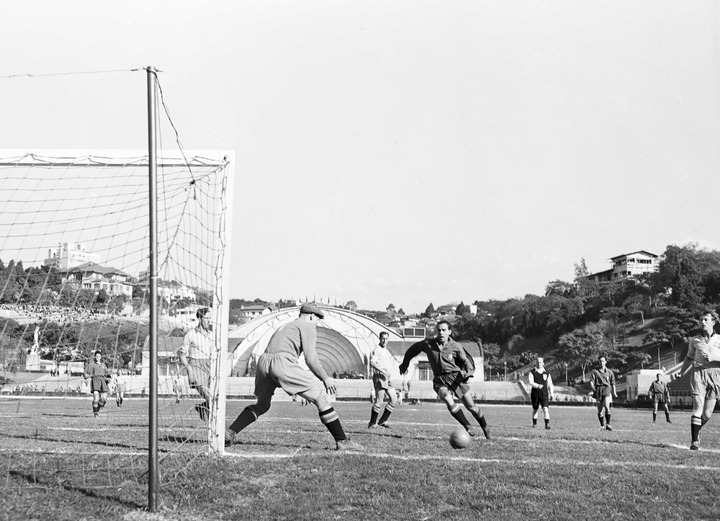 One of the earlier players on our list, Zarra, seen here taking a shot, is an undisputed legend in the history of Spanish football. Despite having scored his last goal in La Liga play during the 1954-55 season, Zarra still ranks third in that league’s history in terms of career scoring. And he was basically unstoppable, as his goals-per-game ratio of 0.9 is behind only Lionel Messi and Cristiano Ronaldo in La Liga history. Today, the league hands out the Zarra Trophy to the highest-scoring Spanish player every season in his honor. 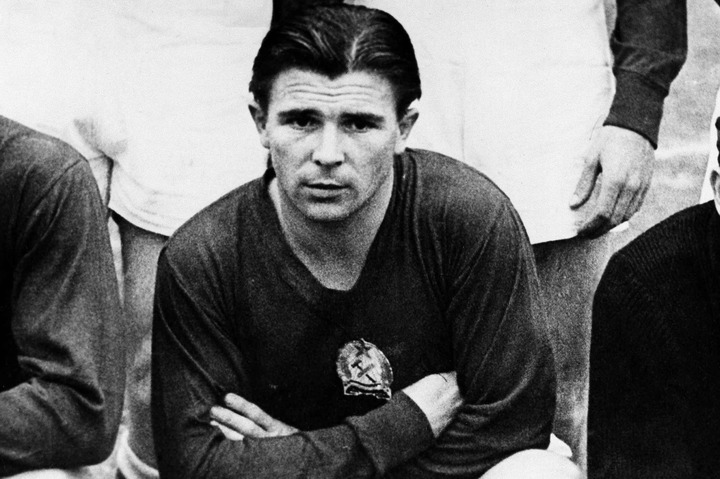 Having a trophy named after you is great but having a nearly 70,000-seater soccer stadium named after you is a whole other sign of greatness. Hungary’s biggest stadium is called Puskás Arena because of the brilliance Ferenc Puskás showed during his long career representing his home country. He racked up more than 500 career goals at the club level in the Hungarian League and La Liga from 1943-1962. At the international level, Puskás was truly divine, scoring 84 goals in 85 appearances for Hungary, leading them to Olympic gold in 1952 and the World Cup final in 1954. 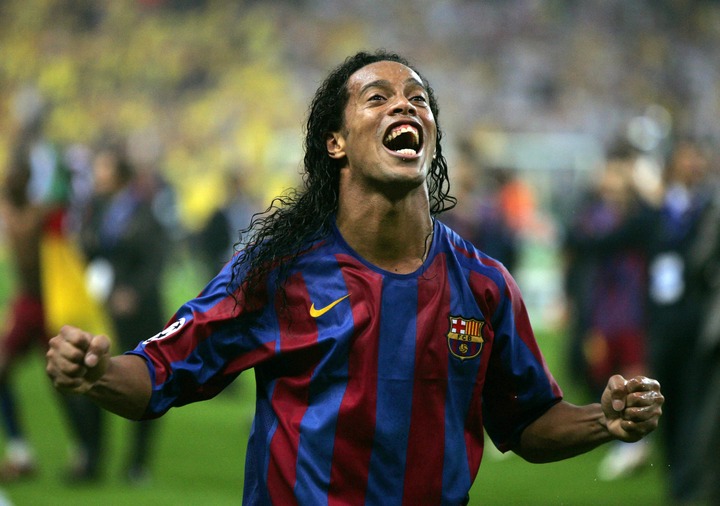 Speaking of players who’ve been ranked among the elites, Brazilian star Ronaldinho was voted as the fifth-best player in soccer history by users at Ranker, in a contentious poll that has earned millions of votes. The two-time FIFA World Player of the Year is as athletically skilled as anyone to ever put on cleats, even if his later career was slightly derailed by injuries. At his best in the 2000s, Ronaldinho was a monster midfielder for Barcelona, helping them win back-to-back La Liga titles in 2005 and 2006. At the international level, he was a star for Brazil’s legendary 2002 World Cup-winning team and earned 97 total caps with his home nation in his career. 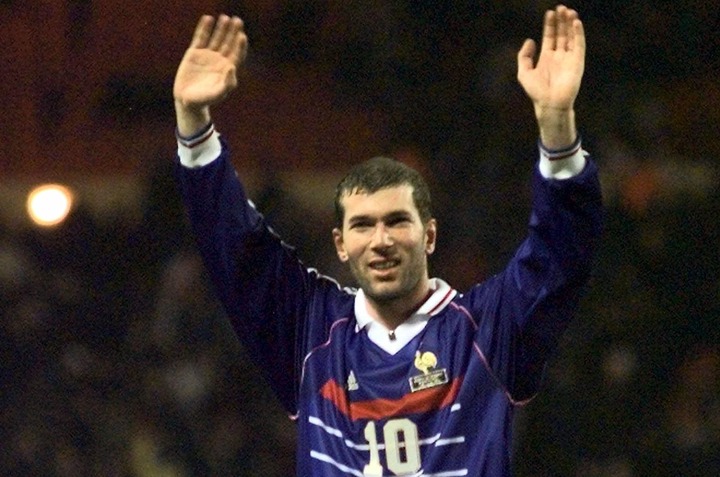 There are only two players that earned the honor of FIFA World Player of the Year three times and Zinedine Zidane is one of them. “Zizou” is a cultural icon in his native France after helping lead the national team to a World Cup win in 1998 and a runner-up finish in 2006, as well as a UEFA Euro in 2000. The midfielder played in more than 600 top-level matches across Ligue 1, Serie A, La Liga and international play, where his 108 caps put him at fifth in French history. Zidane was so beloved by soccer fans across Europe that he was selected as the continent’s best player ever in a 2004 poll organized by UEFA. 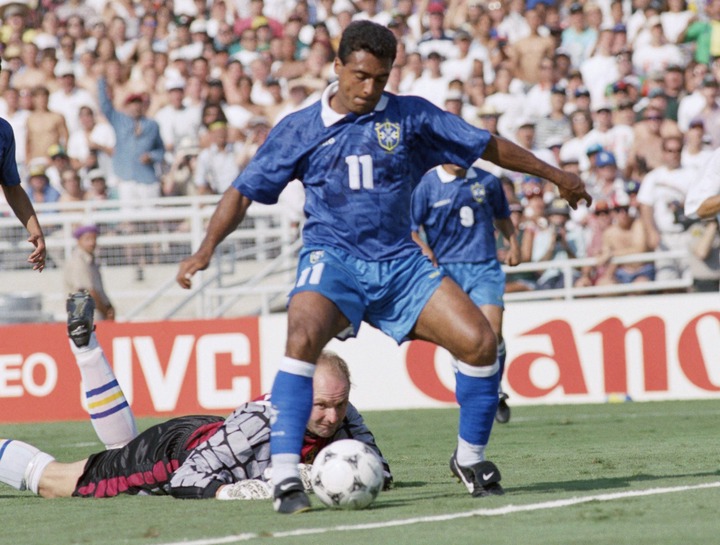 According to RSSSF statistics, Romário is the most prolific goalscorer in modern soccer history, edging out his fellow Brazilian, Pelé, with 772 goals scored in official matches. His reputation as an offensive threat is nearly unmatched, thanks to his speed and technical skill. A mainstay of Brazil’s vaunted national team in the 1990s, Romário tallied 55 international goals in 70 appearances in his career, which included a starring role in the 1994 World Cup championship team, where he was the tournament’s top scorer. 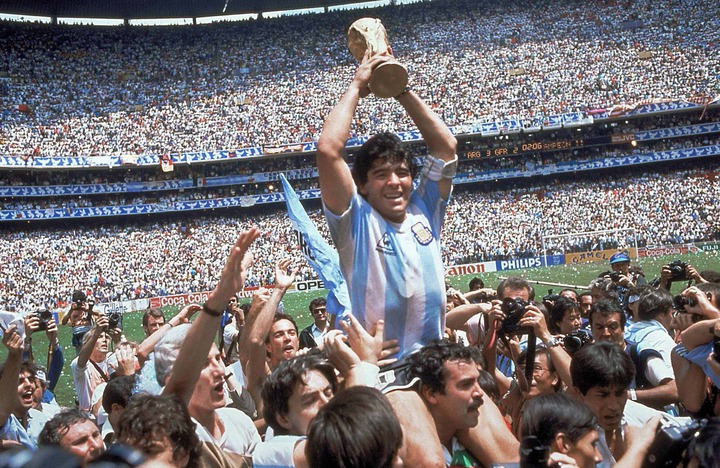 The legend of Diego Maradona casts a wider shadow than nearly any player in soccer history. The Argentine icon played in four World Cups, carrying his native country to the title in 1986. His performances on the game’s biggest stage led Daily Mail to call him the second-best player in World Cup history on a list that was filled with brilliant players. Maradona loses some points for losing much of his edge in the back half of his career, but users at Ranker didn’t seem to mind when they voted him the best soccer player in history. 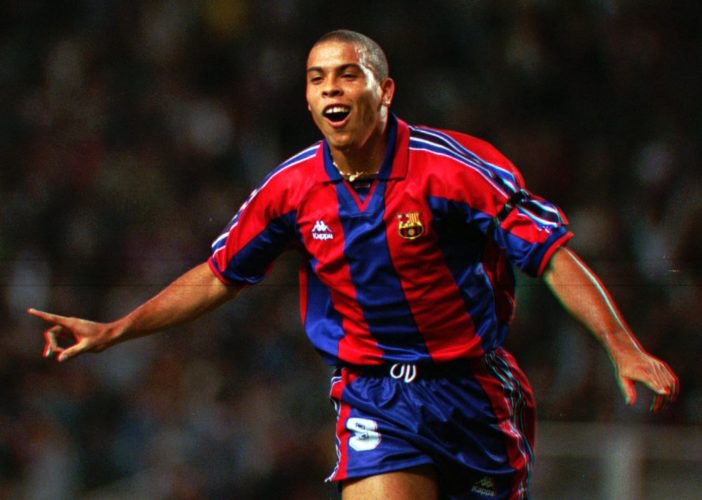 The Brazilian Ronaldo was the first to make that name synonymous with soccer excellence and remains one of the most feared strikers in history. His 62 career goals with the Brazil national team rank him at second in the unmatched history of that international squad, and his 15 career goals at the World Cup also rank him second in history. The two-time Ballon d’Or winner and three-time FIFA World Player of the Year helped lead Brazil to World Cup wins in 1994 and 2002, as well as a runner-up finish in 1998. 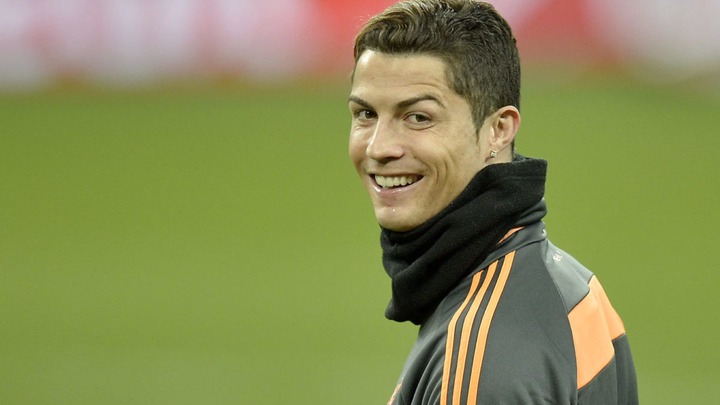 The Portuguese Ronaldo came into the game with that already-legendary name and has arguably outplayed the Brazilian icon who came just before him. Cristiano Ronaldo’s stature as a cultural phenomenon is nearly unmatched but it’s his legacy as a player we’re interested in and he’s been incredible on the pitch. He sits at second in the long history of La Liga with 311 goals scored in league play but he earned that tally in just 292 appearances, giving him the best-ever ratio of 1.07 goals per game. He’s the most prolific scorer in UEFA Champions League history and also has the most assists in the history of that event, showing his greatness as a leader and teammate.

He’s Portugal’s most-capped player and has played in four World Cups but that championship has been about the only one to elude him. Meanwhile, Ronaldo’s five Ballon d’Or awards speak for themselves and we rank him as the best European player ever. 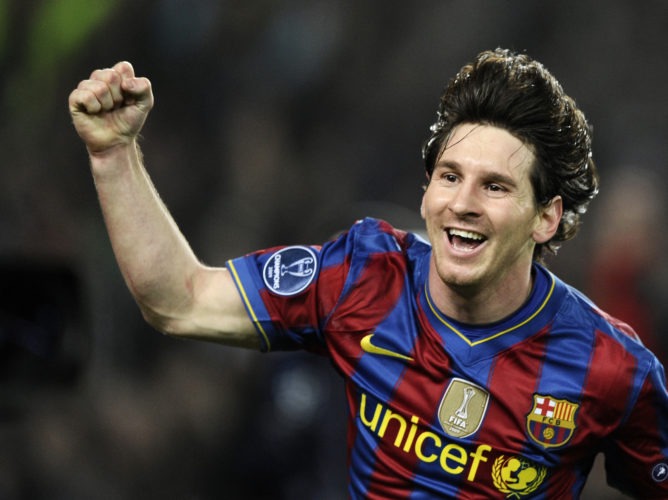 It seemed impossible that any player could surpass Diego Maradona in Argentine history but Lionel Messi has done just that in his long and storied career. He’s been nominated for the Ballon d’Or a record 12 times and has won it an incredible six times, which is also a record. Messi’s greatness as a goalscorer is undisputed, as his 627 goals for Barcelona alone are the second most by any player for a single club in soccer history and he’s led that club to an amazing 10 La Liga crowns in 16 seasons with them. Messi cemented his status as the best contemporary player by scoring 91 goals in 2012, which is recognized as the single greatest year for goalscoring by any player in history.

Failing to lead Argentina to a World Cup win is the only thing that’s keeping Messi from being the greatest player ever but the rest of his legacy more than puts him in the conversation.