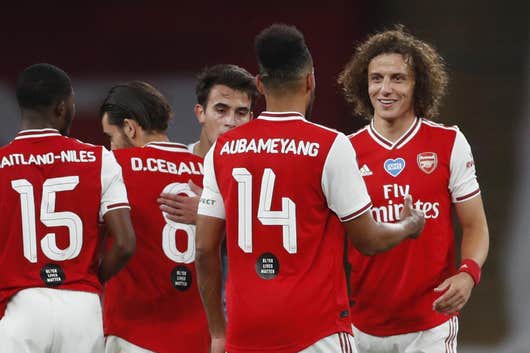 The point is, after the ease of the lockdown, we have seen the Gunners thrived well enough in all their big matches including Liverpool, except the one against Tottenham Hotspur and their first match against the same Manchester City where they failed to win.

So, last night Unai Emery seems to have done his homework well against Manchester City, and therefore adopting a suitable plan to beat them, thanks to the squad available to just help do that.

So, what are the 5 lessons learned in the Arsenal's win over City? 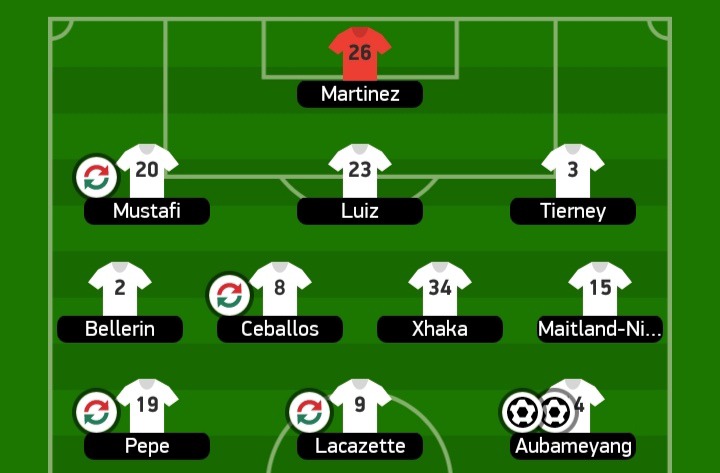 On Saturday night, we saw Arsenal diverted from their normal free-flowing and passing ball to adopting a compact defensive style, thanks to David Luiz and the Arsenal's keeper, Martinez Emiliano who assisted in doing the brilliant job of containing the attack of David Silva, Kevin De Bruyne and Raheem Sterling of Manchester City.

One thing we know about the Citizens (Manchester City) is that they do not play fast football, and so, if your team is very pacey enough, you can easily defeat them. Arsenal's midfield did only little job, while the speed of Aubameyang and Pepe helped to do the finishing job for the Gunners. 3. Resilence of the Gunners

Although the approach used by Arsenal was not what are really used to and so, you expect them to default on the long run, but the ability of the Unai Emery's side to be able to hold on to their tactical plan which helps them lead 1-0 at half time still saw them through the end of the game.

David Luiz is a champion, and the former Chelsea man still knows how to get more serious than anyone, whenever it matters most, leave aside how he has been criticized on just a few errors he had made in the past. Remember how he marshaled the defense line for Chelsea during their Champion League win in 2012; also their Europa League win in both 2012 and 2019, against all odds. His prowess to clear the area ball and the defensive line's easy way of connecting with the upfront men in the likes of Aubameyang and Lacazette was very crucial in doing the damages against the Pep Guardiola's men. 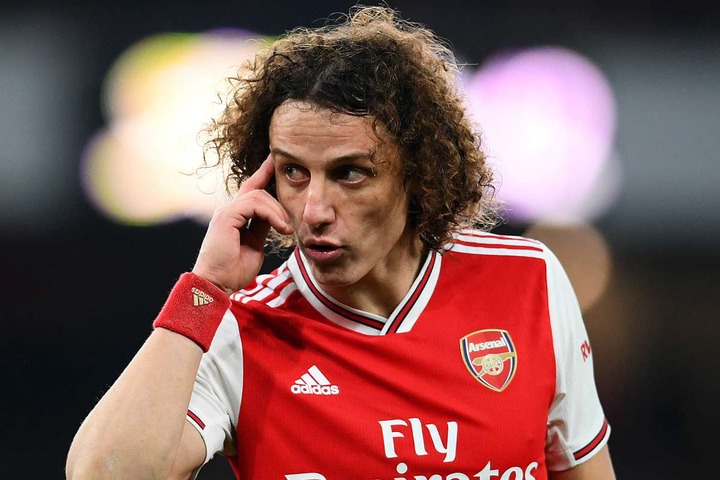 Guardiola is a coach who had believed so much in his ages working tiki-taka approach but his weaknesses are that he doesn't change the approach during any match, even if an opponent is leading him. At so many times it had worked for him, but on a few occasions like we Saw in the FA Cup semi-final, this method has backfired. Of course many still do not understand till today, how Jose Mourinho has helped Wenger to win more trophies at Arsenal after he had called him 'Specialist in Failure".

So, sometimes we see to know, how important, a boring football is all that is needed to win a trophy.