EURO 2020: Spain manages to escape through to the semi-final

By Tiamiy (self media writer) | 1 year ago 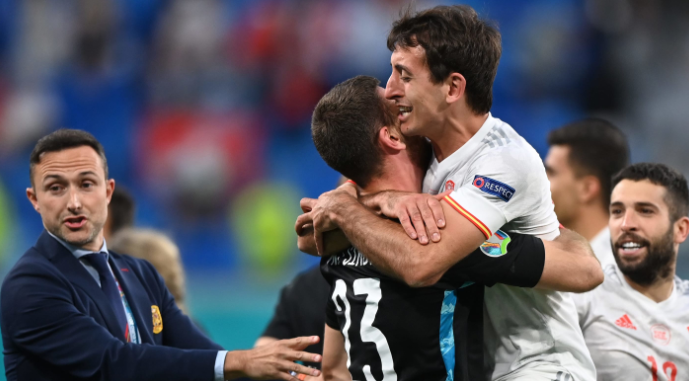 On Friday evening, Spain advanced to the final four of the European Championship for the third time in a row, defeating Switzerland 3-1 on penalties following a 1-1 draw in Saint Petersburg.

It took Luis Enrique's men just eight minutes to break the deadlock. Koke's corner was half-cleared out of the area before Jordi Alba's rasping strike deflected off Denis Zakaria and sailed into a helpless Yann Sommer's net. 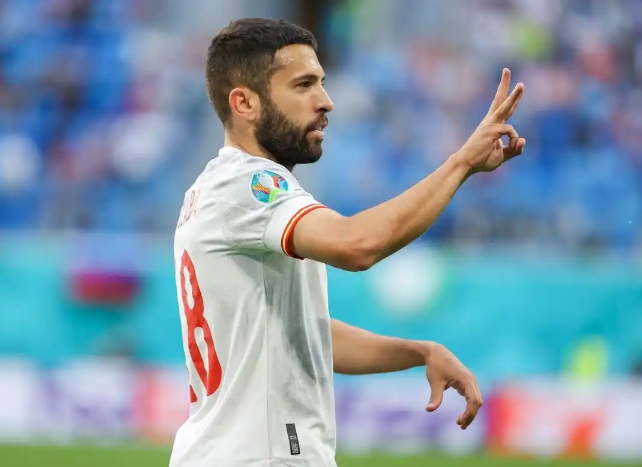 Spain appeared to be in control for the most part, but Switzerland equalized after 68 minutes. Aymeric Laporte and Pau Torres made a terrible defensive mix-up, allowing Remo Freuler to gather the ball and lay it off for Xherdan Shaqiri to sweep into Unai Simon's bottom corner.

With their tails up, Switzerland continued to play, though things took a turn when Freuler was dismissed for an early shower. Following a late challenge on Gerard Moreno, referee Michael Oliver gave the midfielder a straight red card, and a quick VAR check did nothing to help his appeals to stay on the pitch. 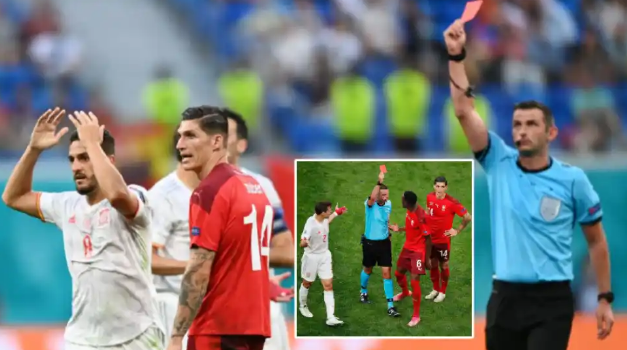 Spain, on the other hand, was unable to capitalize on their man advantage before the end of regular time, forcing the match into extra time. In the extra period, La Roja controlled the goal-scoring possibilities, but they were unable to overcome a tenacious and passionate Swiss team.

That meant penalties, and after a flurry of misses on both sides, Mikel Oyarzabal stepped forward to take his country to the Euro 2020 semi-finals. 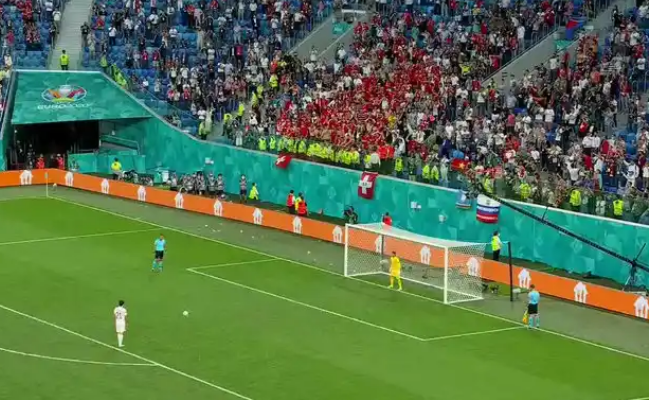 The penalty finally ended in a 3-1 win for Spain.

Content created and supplied by: Tiamiy (via Opera News )