The English Premier League Matchday 7 before the international break brought loads of heartbreaks and excitement as the League matches went wild than expected.

Nigeria's Leicester City Midfielder, Kelechi Iheanacho opened scoring in the 31st minute against Crystal Palace to mark his 25th birthday and his first League game start since the season began. 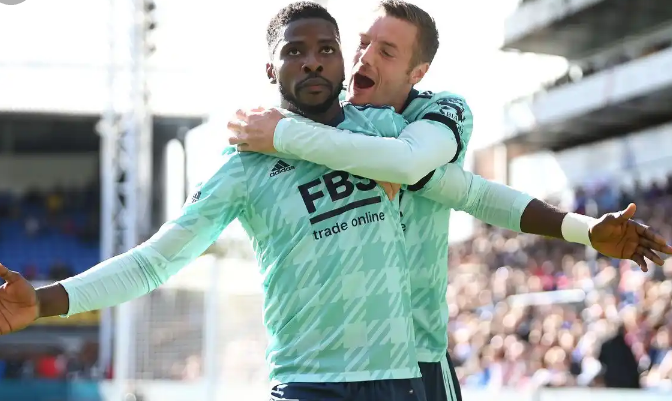 England's Striker, Verdy made it 0-2 just 6 minutes later to secure the interval for the visitors. However, Crystal Palace bounced back with a goal in the 61st minute by Nigerian born Michael Olise after which Schlupp levelled 2-2 for the host 18 minutes from time to hold down a point in front of their fans. 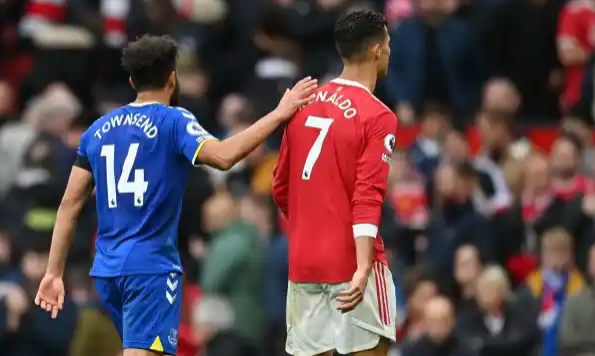 Manchester United couldn't go top of the log as expected against Everton FC after leading the visitors in the 44th minute from Anthony Martial's goal. Everton's Townsend sent United into disarray as he equalised for the visitors in the 65th minute of the game after United's Fred failed to pin him. Although United failed to convince the home fans in the 2nd half but all hope isn't lost as they still hang on the 4th spot as City with 14 Points. 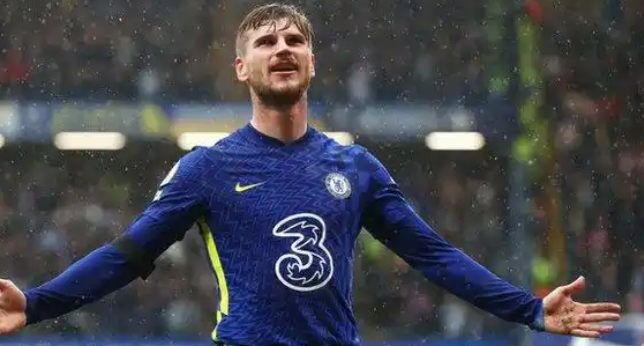 Chelsea's Academy graduate, Trevor Chalobah put the Blues in front just 9 minutes of play, bringing them away from the shadow of Juventus in their midweek European Competition's loss. Things went low for the Thomas Tuchel side in the 61st minute when Ward-Prose levelled for the visitors from the Spot. Chelsea took advantage of the expulsion of Ward-Prose after his yellow card was upgraded to a red card, as he paved way for Timo Werner's 84th and Ben Chilwell's 89th minutes goals. The Blues are back to winning ways and they currently top the Log with 16 points leading Liverpool by 1 point. 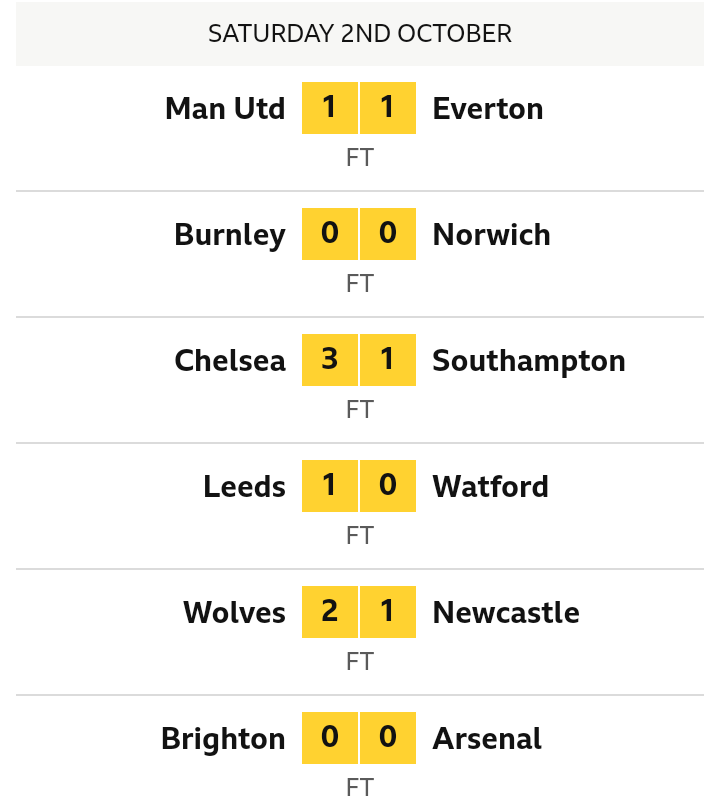 Arsenal's journey to Brighton ended in futility as they failed to record victory but shared points with their host. 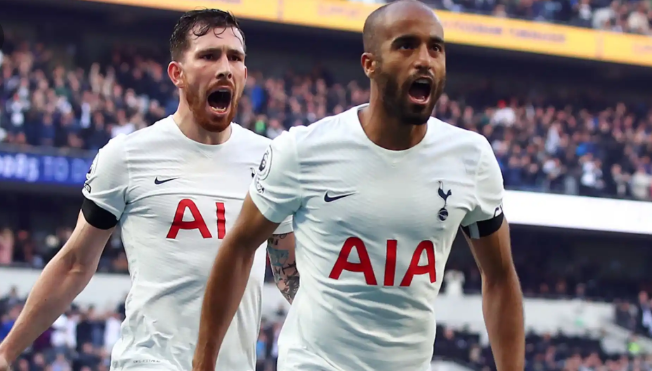 Hojbjerg's first half strike for Tottenham Hotspur was levelled in the 2nd half by Watkins equaliser, but luckily Spurs went away with 3 points after Targett's mistake targeted his own net to ease Nuno Esprito of pressure after failing to win a league game since August 29. Spurs won 2-1 as they stay low on the 8th spot with 12 points trailing the leader by 4 points. 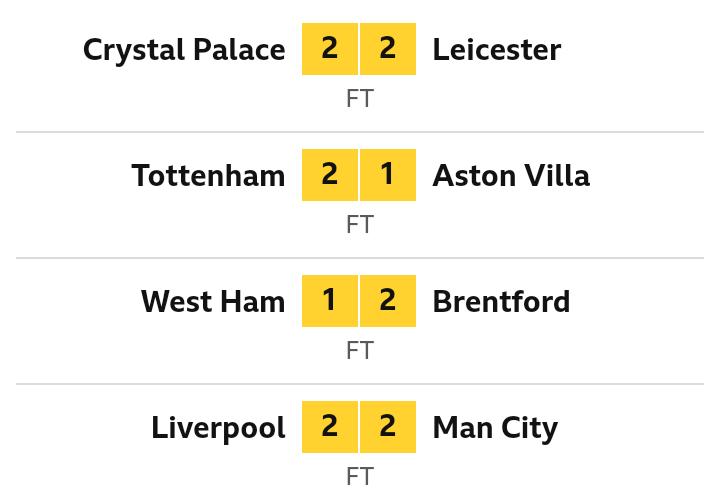 Anfield hosted the star Match of week 7 with Pep Guardiola's side visiting after losing to PSG in their midweek UEFA duty. Sadio Mane's 59th minute Strike was cancelled out by Foden's fine Strike just 10 minutes later as the Cityzen took advantage of a sloppy Midfield play by Liverpool. 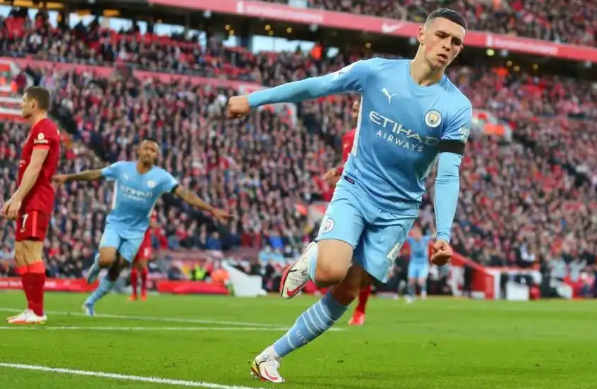 Mo' Salah's 76th minute goal was almost looking like the Winner for the home Team but the heartbreak came for Liverpool in the 81st minute when Kevin de Bruyne returned the favour as Man City held Liverpool to a 2 all draw to keep defence of Title hope alive. 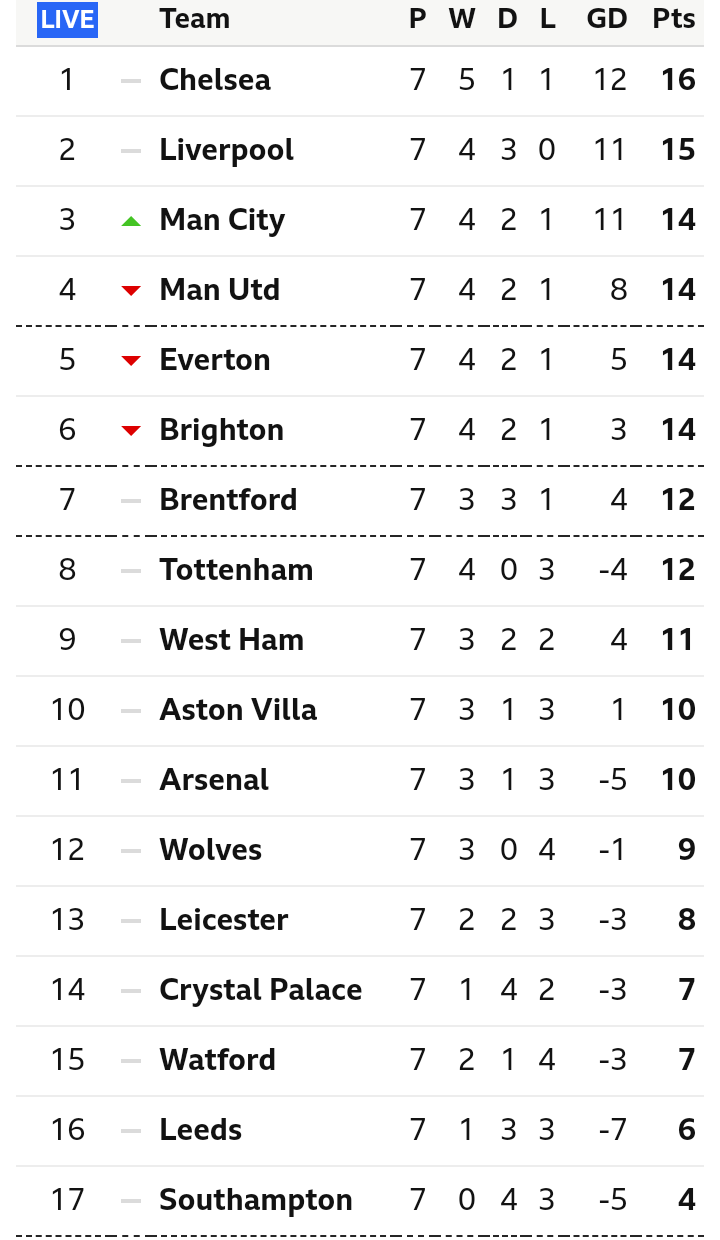 Arsenal will keep on looking for a break into the UEFA zone as they host Crystal Palace after the international break. They occupy the 11th position on the log with just 11 Points. 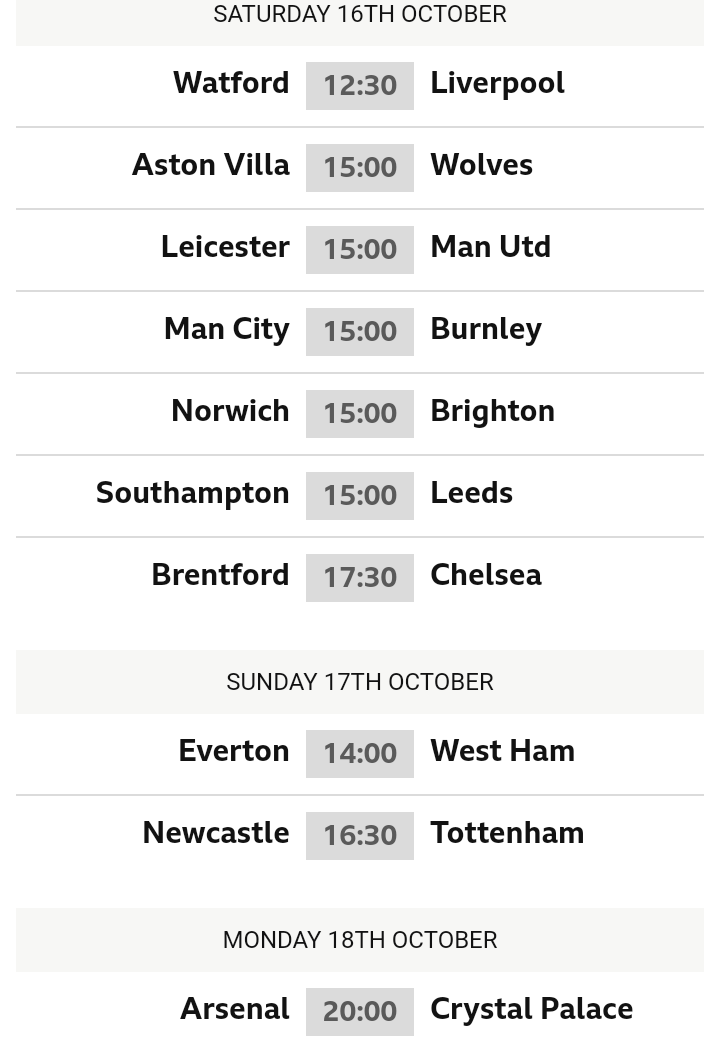 Man City will continue their title defence at the Etihad against Burnley while Man United will travel to Leicester City for their title challenge and also to prove a point in security their underfired Manager.

Which Team do you think deserve the title this season as everywhere looks hot or will it be man City again? Follow for more stories.