After Ramos Missed 2 Penalties for Spain, See What Spain's Coach said About Him

By GistNewsInfo3 (self media writer) | 1 year ago

It began with an aura of confidence and self pride and quite frankly, it would have been a merry party after the match if things had gone as planned. 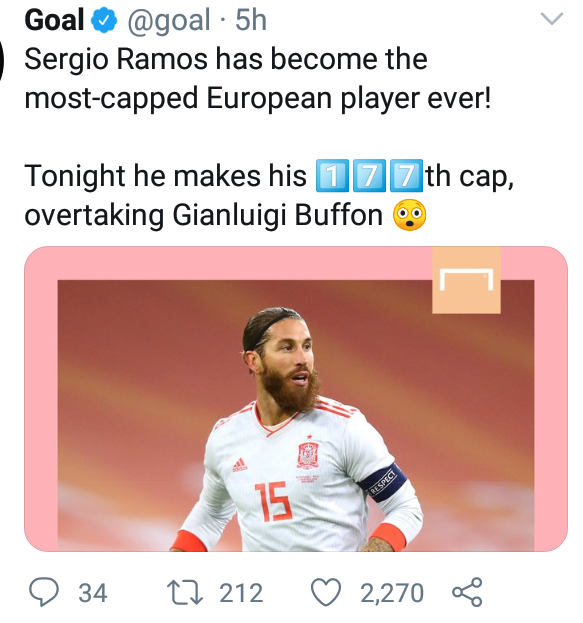 Breaking a record achievements as being the most capped player in European history, Ramos with 177 caps surpassed Gianluigi Buffon's 176 appearance for his country.

Although it was a memorable night for the Spanish star, it wasn't all for the right reasons.

Spain faced off against Switzerland in the UEFA Nations league. The home side, Switzerland took the lead before the half hour mark with a goal by Remo Freuler. 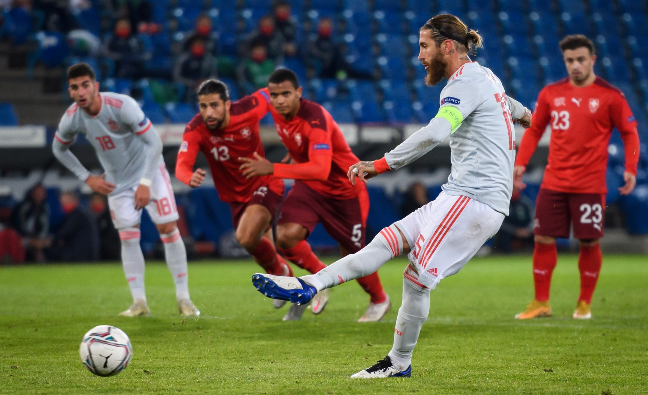 In the second half of the match, just before the hour mark, Ramos was given a chance to equalize from the spot.His effort was saved by Switzerland's goalie, Yann Sommer.

A second chance presented itself in the 80th minute after Nico Elvedi was sent off for a 2nd yellow card. 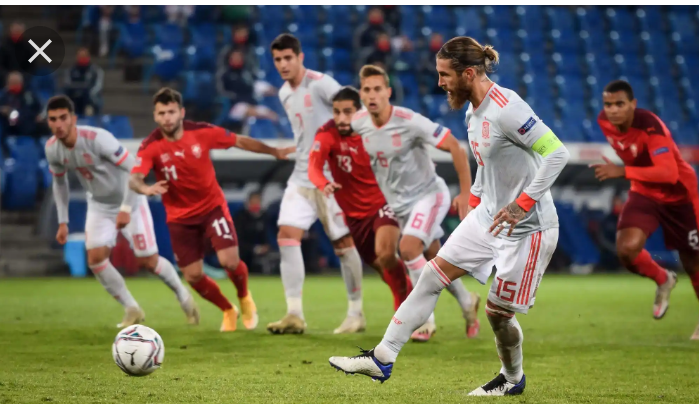 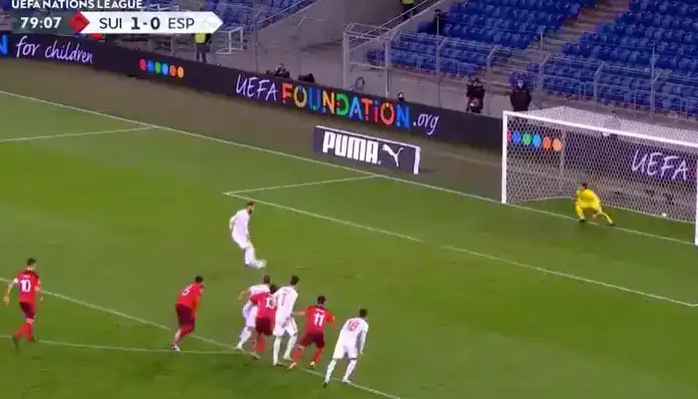 This time, Ramos tried to play smart and cool with the Panenka style but his effort, once again, found it's way to the gloves of Yann Sommer.

Up until last night, Ramos had successfully converted 25 Penalties for both club and country and he had shown that he was not only a World class defender but also a reliable penalty kick converter. 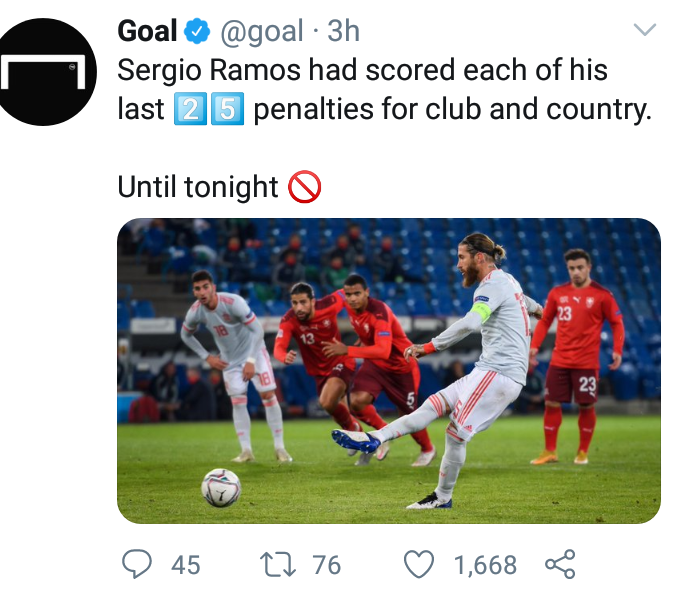 Following the two misses by Ramos last night, Spanish Coach, Luis Enrique came out to defend his player and here are his words: 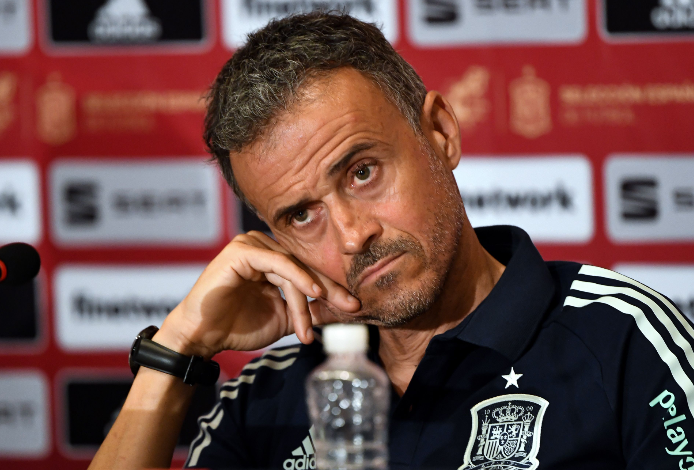 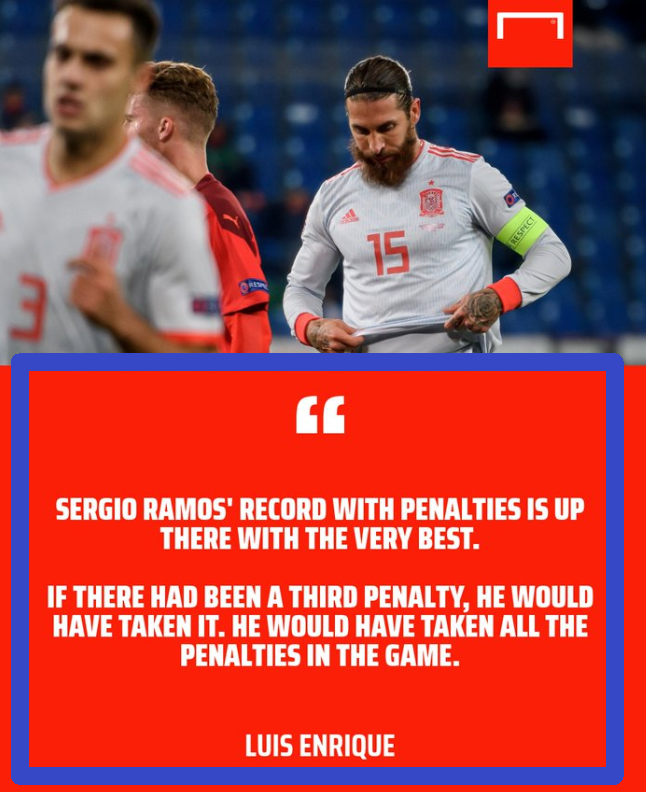 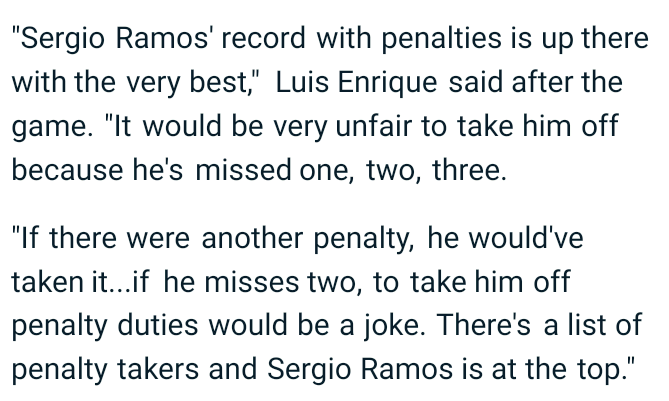 Luis Enrique's words show not only his confidence in Ramos abilities but also how important and beneficial Ramos has been to the team.

Fans have also reacted to last night's penalty misses and here is what they said: 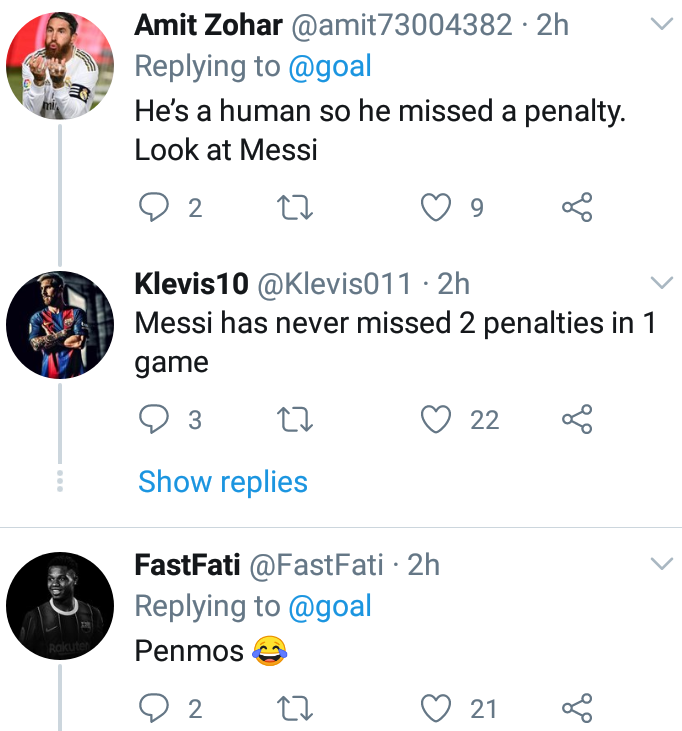 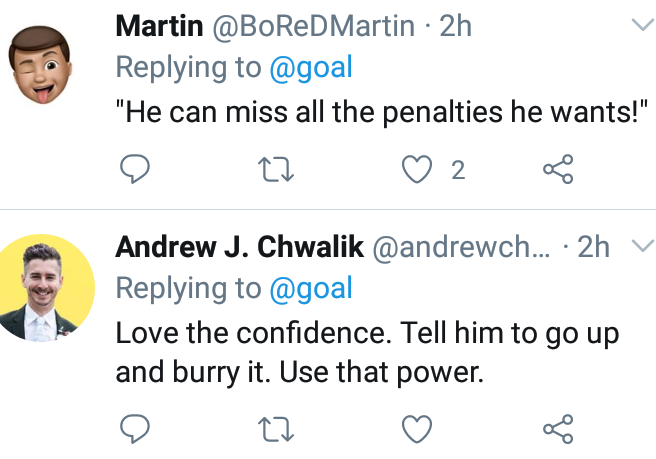 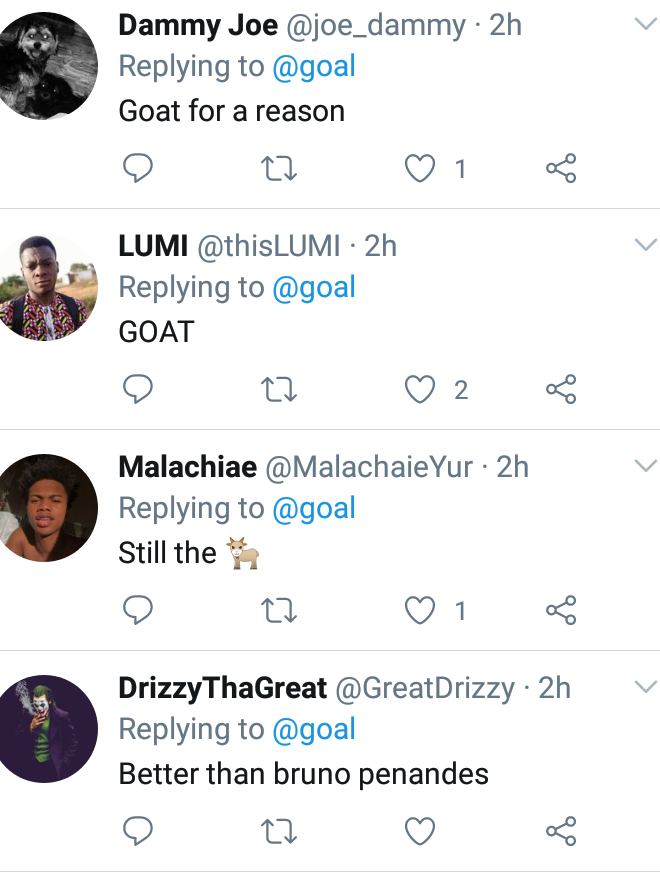 Spain salvaged a point in the 89th minute following a goal from substitute, Gerard Moreno and the result leaves Spain a point behind Germany. Spain have Germany next on the radar, they will face off on Tuesday for the top spot in Group 4. 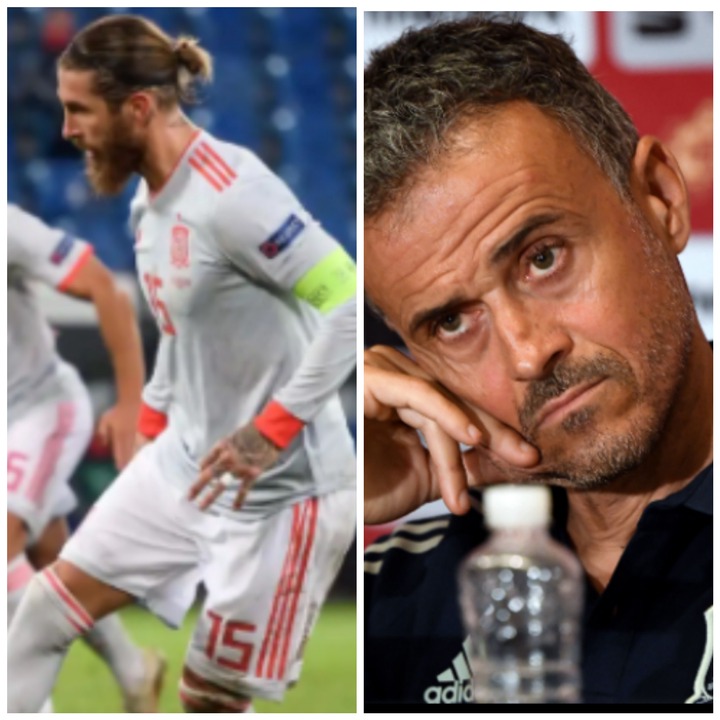 I used to think that Ramos is the Best penalty taker in the world until last night, he missed two in one game. 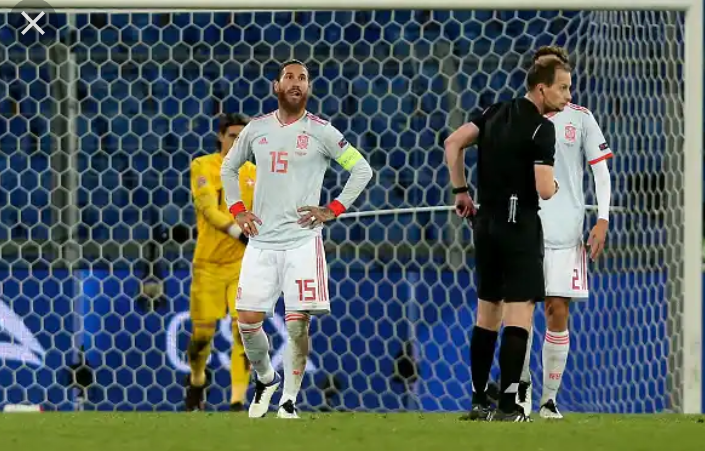 Who do you think is the best penalty taker in the world, past or present? Tell us in the comment section below.

Content created and supplied by: GistNewsInfo3 (via Opera News )