By EmmanuelD'maestro (self meida writer) | 5 months

Messi have been in total meltdown as of late, he's losing his cool more often than before. So what's a better time than now to look at the 6 times Messi lost it. In a match against Paraguay, Messi told the ref "you screwed us twice". Messi thought he had scored the match winner, but the ref used VAR to cancel the goal. Argentina missed all three points and Messi was furious.

Of course, this is now becoming a pattern when Messi plays for Argentina. Just like when against Bolivia.

It seems the pressure of Messi playing for Argentina is getting heavier in his mid 30's, he's starting to realize that the world cup or Copa America that he craves for maybe as attainable as the spot on the pitch for Mesut Ozil or even the bench at this point.

And this pressure has started to boil over, Messi used to reply to boos with goals but his words are doing a lot work these days. Because against Bolivia, he completely lost it, he yelled at Bolivia's staff

One of those insults seems a lot worst than the other

"You were screaming the whole game, what are you doing trouble?. From the bench, you are telling at me the whole game".......Lionel Messi. In a game against Bolivia, Oct 2020.

What's going on with Messi?, maybe it's just the altitude, well that couldn't be the excuse when Barcelona played against. 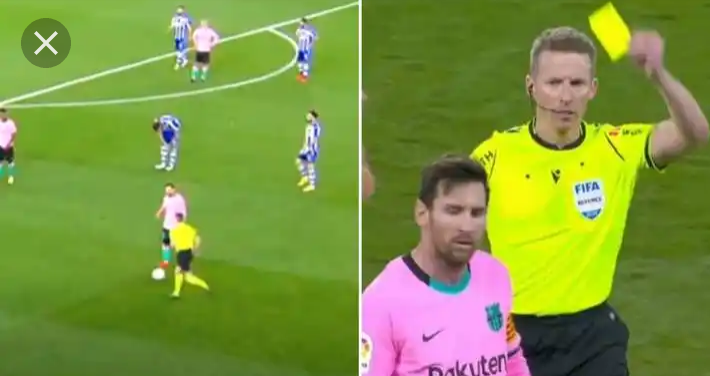 Barcelona was losing 1-0 to Alaves, and whether you watch Spanish games or not, you know that Barcelona isn't supposed to lose to teams like Alaves. Anyway, De Jong had a penalty shot denied by the referee, then Messi thought he was fouled but the ref said no.

So Messi booted the ball at the referee, how disrespectful. Messi got lucky that he for once missed, as he was shown a yellow card, if he had hit the ref,it would have surely been red. But he's had run-ins with referees before and have gotten away it. Just like El Classico 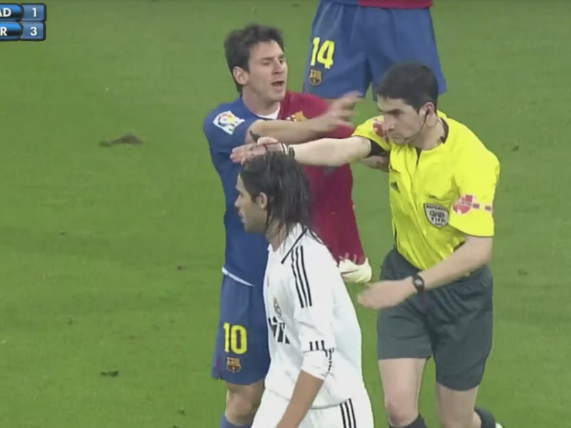 Messi starred in so many of these, but back in 2009 he completely lost it. Because he laid his hand on the referee, pushing him. Ronaldo have done that before and got a five game suspension, but Messi was luckier, he didn't even receive a card for it. 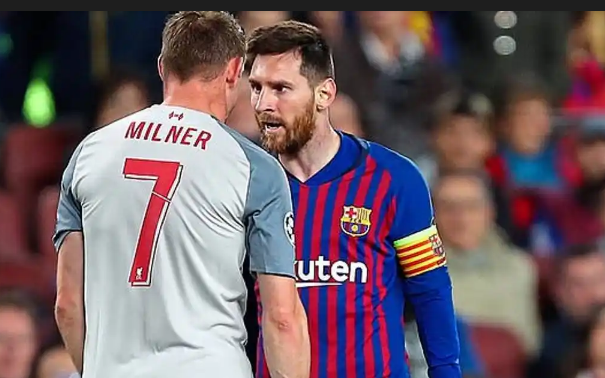 No, he did not.. Just ask Milner, back when Milner played for Manchester city, Messi nutmegged him so bad that Milner's soul left his body and wandered in the celestial planes looking for divine consolation. If you didn't understand that last sentence, let's just say it was bad.

But Milner got the hug he needed and vowed not to let Messi make a victim out of him again, in the 2019 champions league, Milner clattered Messi and Messi did not like it.

"He was giving me plenty in Spanish going down at the tunnel at half time as well, he was calling me 'Boro'. It translates as donkey but I don't think but I think its also used in Spanish football as a general term for someone who goes around kicking people"......James Milner. Talk sports, 2019.

"I asked him if he was alright, but he wasn't having it, I don't think he realised I understood his Spanish. He said: that foul you did was because I nutmegged you".....James Milner. Talk sports, 2019.

Ouch!, but that was still more in control than in number...... 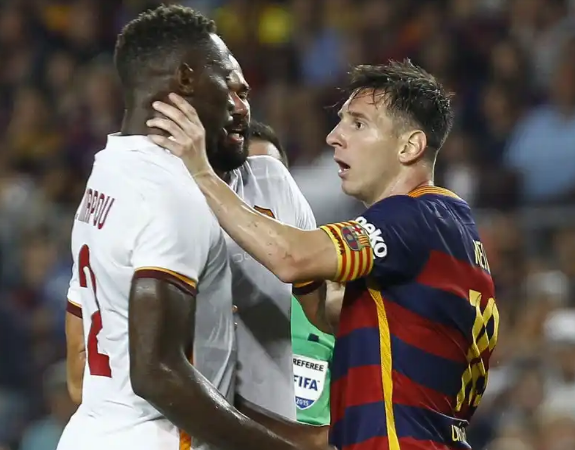 We know that Messi doesn't like it when you are aggressive with him, but does he not like thrash talk either?. Well, I'm not entirely sure because nobody knows what Roma defender Mapou Yanga said to Messi, but whatever it was... Messi lost it again. He thrust his head towards Yanga, what we could call headbutt but then Messi grabbed Yanga's throat. If the first was probably a red card offence, the second was definitely enough to get Messi sent off. But he didn't, instead both players got booked.

So look, just like the hulk, don't make Messi mad, you wouldn't like him when he's mad. He doesn't turn giant and green or anything, he just gets kind of annoying and would probably call you bald.

Advantage Chelsea? See the stats that shows Man City won't win the UCL, even if they defeat PSG.

"He adapts to these types of matches because he's a champion." Pirlo speaks on Ronaldo's importance.

Flashback: Read How The Late President Of Chad Killed Over 100 Boko Haram Fighters In 2020