Lionel Messi has spoken on the Performance of Barcelona, after failing to restore their glory against Osasuna yesterday.

Barcelona who had been on top of the league before they find their way back to second position, in the La Liga, had now being dropped off with 3 points, after losing the La Liga trophy to Real Madrid, who won their last match against Villarreal yesterday, according to a report.

Lionel Messi has spoken about Barcelona after Barcelona had failed to yield, to his warning of losing so many games during this season.

Lionel Messi, who made a special warning to Barcelona that, had nw spoken about Barcelona that, Barcelona will not be able to win the Uefa Champions League this season, if they continue playing this way and if they fail to improve in their way of playing. 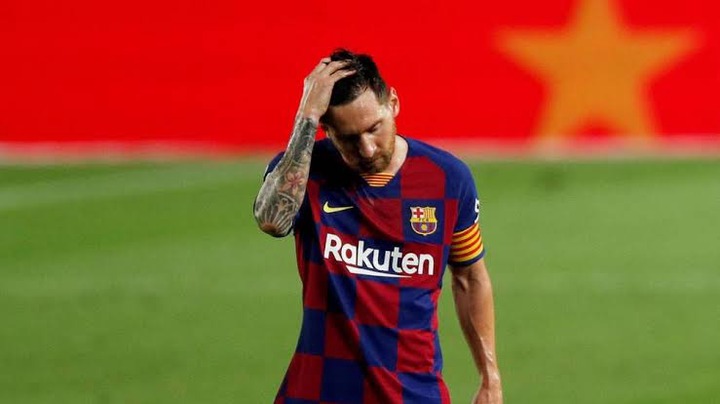 Lionel Messi also spoke about Barcelona that, I have made mentioned of this a while ago that, if we continue this way, it will be very difficult for us, to win the Champions League, and imagine, this has gotten to the level of La Liga also,making us losing to a wonderful trophy like La Liga, we lose our La Liga hope of lifting the trophy yesterday, after losing to Osasuna at Camp Nou.

Lionel Messi also made some statement immediately after the match against Osasuna that, Though, we were being played during first half of the game, but we lived not to improved in our style of playing, after coming back from the first half game, which had ledus, to loosing a great trophy to Real Madrid, after beating us at our home Camp Nou. 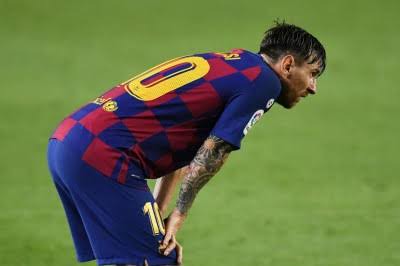 Lionel Messi Messi also said that, we are having a deep pain in us, which has not been happening in the history of football of Barcelona.

Barcelona had failed to improve and this has led the club losing in a bad way to Real Madrid, and making the club Barcelona losing their hope of lifting the La Liga trophy yesterday, after beating them 1-2 again Osasuna yesterday, said Lionel Messi, according to a report. The Barcelona coach who joined the club during January, has been allowed to also continue his coaching line, throughout this season Champions League matches coming soon.

Barcelona had now failed to lift the La Liga Cup as they failed to beat Osasuna yesterday which had crowned Real Madrid, a big winner of the La Liga 2019/2020 season., according to a report.