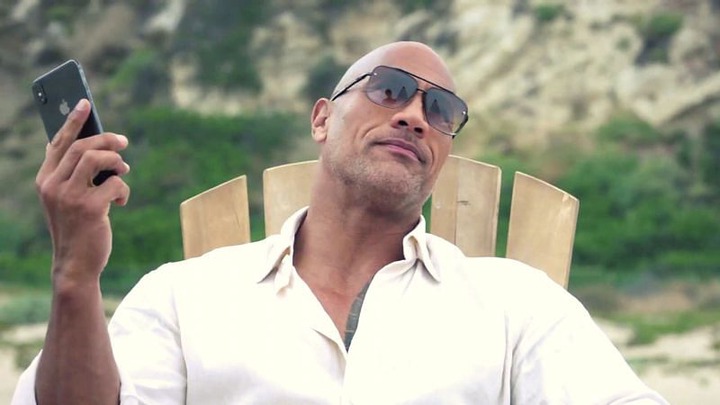 Dwayne "The Rock" Johnson has not wrestled a full-fledged match in WWE since WrestleMania 29, and the Great One is not expected to step into the ring this year. However, the former WWE Champion is interested in returning to action someday, and he already has a big match in mind.

Paul Heyman recently spoke to GiveMeSport and revealed that The Rock has already contacted him regarding a dream match.

Heyman stated that The Rock is just one of the many big mainstream names lobbying for a lucrative match against Roman Reigns. The Special Counsel for the Tribal Chief added that fans would be surprised to see how regularly he's contacted by people who want to face the reigning Universal Champion.

"If I could show you one day's worth of text messages, emails, and calls that come into my phone from some of the biggest superstars in sports and entertainment on this planet, it would blow your mind."

Heyman explained that Roman Reigns is currently the most prominent attraction in sports entertainment, and many celebrities from outside the wrestling world want to have a WrestleMania moment with the Head of the Table.

Heyman put his client over in a massive way by explaining that Roman Reigns is the most pivotal figure in WWE's modern-day product. According to Heyman, Reigns is WWE's biggest draw as we head towards WrestleMania 37.

"It would sound like I'm bragging, and I don't feel the need to embellish the reputation that Roman Reigns is building at this moment with his groundbreaking performances every single week. It would just be me name-dropping, and from my perspective, there's not a name I can deliver to you that's as impressive as the central character in WWE's modern-day presentation – Roman Reigns. He's the star. He's the be-all and end-all. He's the attraction for WrestleMania. Roman Reigns vs fill in the blank."

Roman Reigns is scheduled to face Daniel Bryan at Fastlane for the Universal Championship, and the winner of the match will take on Edge at WrestleMania 37. As far as The Rock's in-ring status is concerned, speculation suggests that the Hollywood megastar will be open to facing Reigns in 2022.

The Rock vs. Roman Reigns is a match that WWE will eventually book, and next year's WrestleMania seems like an ideal event to have the highly-anticipated Samoan showdown.