By IzuchukwuSports (self media writer) | 10 months ago

One disturbing trend in the Nigerian national team, Super Eagles, is the act of inviting non playing captains to be part of the team irrespective of whether they have been active for their clubs or not.

Self styled 'Dutchgerian' Clemence Westerhof who qualified Nigeria for her first FIFA World Cup in USA 94 started this idea of having players who rarely played to be team captain.

Late Stephen Keshi of blessed memory hardly played for the Eagles during the 1994 Africa Cup of Nations and USA 94 World Cup - was in action in just one game each at both tournaments -against Zaire and Greece respectively -albeit Keshi was a popular figure and icon of Nigerian football and was inspirational to the next generation of Nigerian footballers. 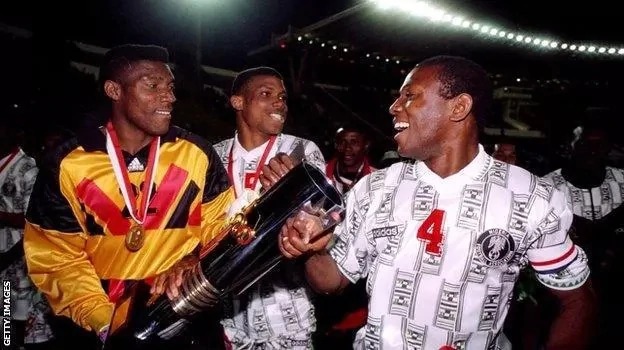 At the medal presentation when the Eagles won the 1994 AFCON in Tunisia after defeating Zambia 2-1, defender Austin Eguavoen and Peter Rufai who were the playing captains had to share the honour of receiving Nigeria's gold trophy and lofting the prized metal with Keshi.

Current Eagles head coach Gernot Rohr has ensured that such unpopular choice has continued with the insistence to invite club-less forward Ahmed Musa for Nigeria's 2021 Africa Cup of Nations qualifiers against Benin Republic (away) and Lesotho (home) on march 27 and 30 respectively.

The tournament to be held in Cameroon and which has been postponed to January and February 2022 due to the effects of the Coronavirus pandemic might be over 10 months away but Musa has been without a club for five months after his proposed January move to English Premier League side West Bromwich Albion failed to materialize. 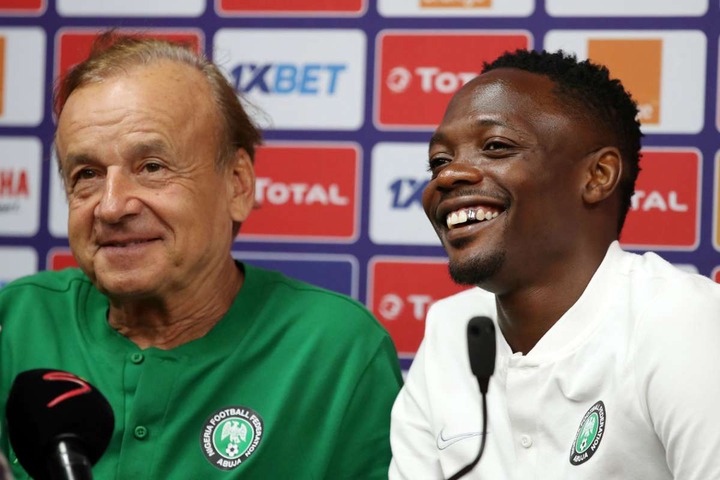 Keshi and Musa in their respective times as captains were and is still inspirational leaders but it is morally and professionally wrong to invite players that barely club football to the national team at the expense of those who play week in week out for their clubs.

A case in hand is the derogatory and disrespectful standby listing of striker Paul Onuachu for the Benin Republic and Lesotho AFCON qualifiers.

Onuachu has scored over 25 goals for his Belgian club Genk this 2020/2021 season even ahead of more illustrious names like Lionel Messi, Cristiano Ronaldo and Robert Lewandowski.

In addition to the issue of welfare and team bonuses owed the players such decision to invite players to the team based on past achievements and reputations do not bode well for a team hoping to surpass the feats of the 1980, 1994 and 2013 Africa Cup of Nations winning Super Eagles squads.

Rohr must encourage and if possible help in negotiating a good deal for captain Musa to get a club and as son as possible. Trying to convince the media that Musa was not originally part of his 23 man squad for the upcoming games was not convincing enough.

Thankfully the former CSKA Moscow winger is a free agent and could always be signed at anytime. He would not have to wait until the transfer window officially opens in the summer before he justifies his place in the national team. 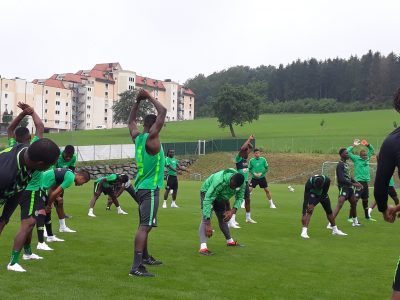 Other national team coaches must also not follow this trend but ensure that players' invitations are done strictly on their forms, fitness and suitability for the matches at hand not because of player reputation, present club or past achievements.

This stitch must be saved on time before it discourages a few Nigerian born footballers to don the green and white jerseys of the Super Eagles.

Izuchukwu Okosi is a content writer, copywriter and voice over artiste. Follow him on Opera News Hub on the handle, IzuchukwuSports.