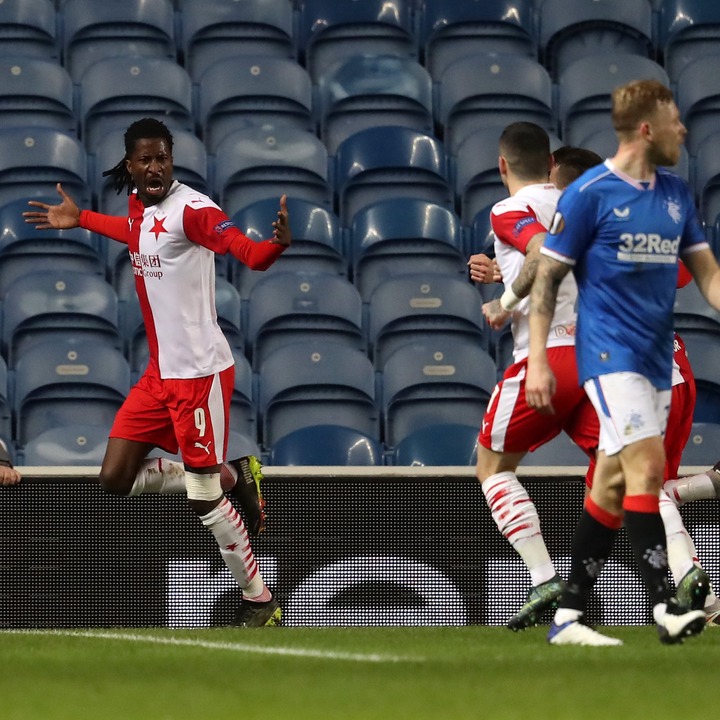 The European football governing body popularly known as UEFA has reacted after Super Eagles of Nigeria striker Peter Olayinka scored a goal in his team's 2-0 away victory over Steven Gerrard led Glasgow Rangers football club of Scotland, in the return leg of the round of 16 of the UEFA Europa League at Ibrox Stadium. 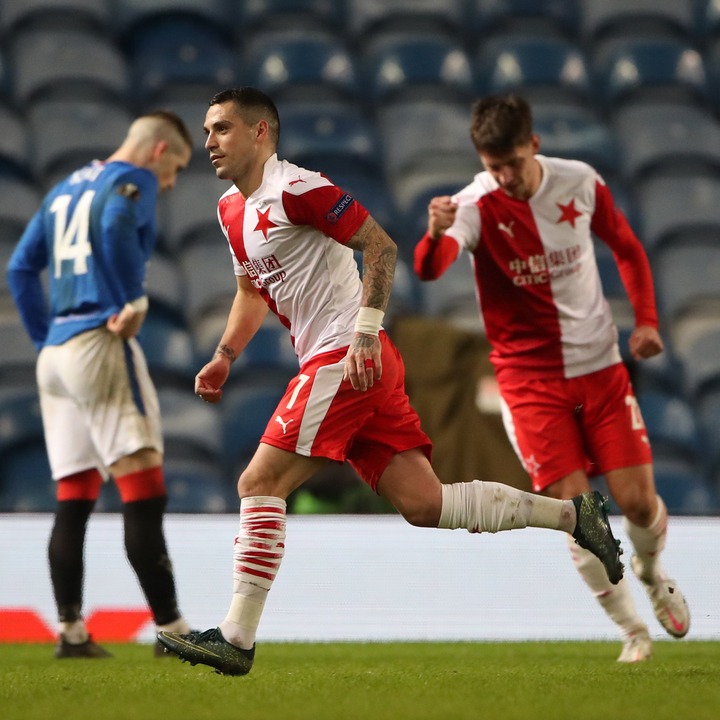 The Nigerian international was exceptional for Jindrich Trpisovsky led Slavia Prague football club of Czech Republic, as he gave them the important victory away from home to move to the next round of the UEFA Europa League.

Peter Olayinka who has been superb for the Czech Republic League champions since the beginning of the season put on another man of the match performance, as he guided his team to another victory. 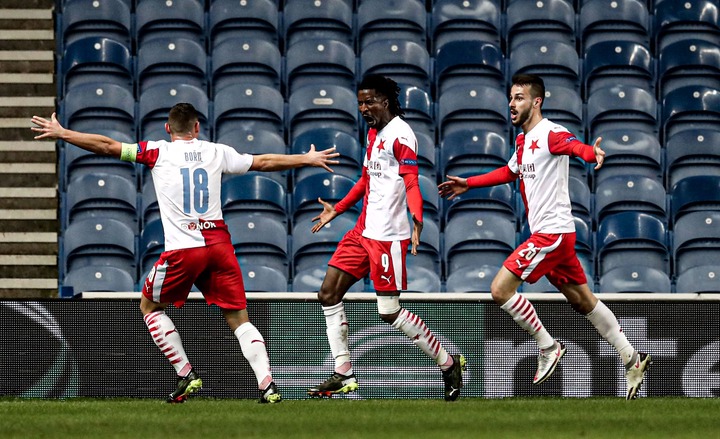 A first half goal from Nigerian Peter Olayinka and an injury time goal from Nicolae Stanciu were enough to give Slavia Prague football club of Czech Republic the deserved 2-0 victory over 9-man Rangers FC. 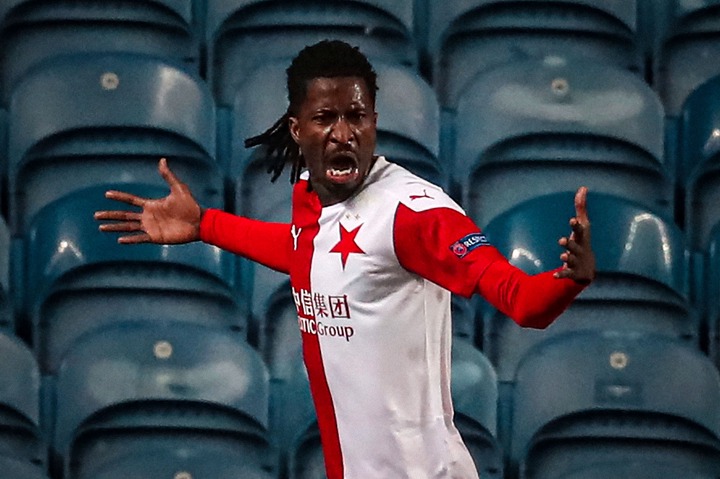 Reacting after Nigerian Peter Olayinka scored to inspire Slavia Prague of Czech to an away victory over Glasgow Rangers, UEFA posted on their verified Twitter handle that; 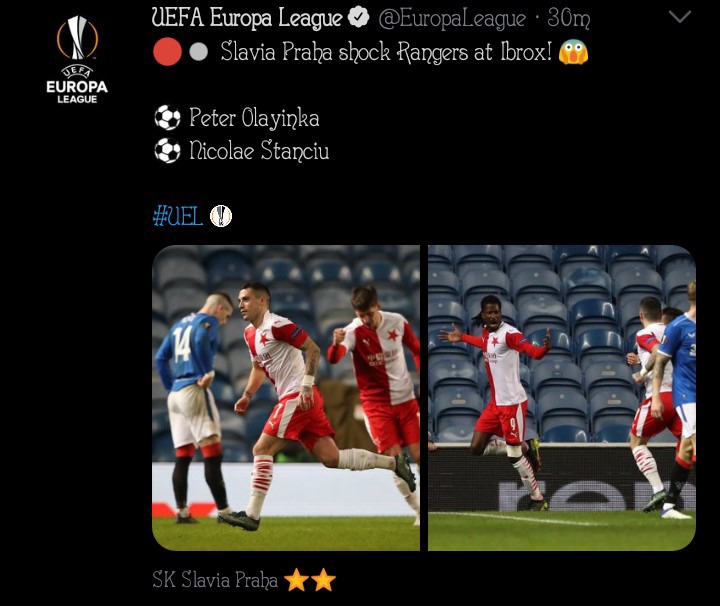 Impressive Peter Olayinka will now be looking forward to continuing his excellent performance for Slavia Prague when the quarter final starts next month.