Today is the great day both Chelsea and Manchester United fans have been waiting for as they will be playing against each other.

They two teams will be competing to get to the final of the FA Cup competition.

Arsenal just won against Manchester City, and the winner between Chelsea and Manchester United will be playing against Arsenal in the final.

Thus, ahead of the match, a Chelsea fan has sent a message privately to the club's official Twitter account, explaining that the club must defeat Manchester United.

In the messages sent, he explained how Manchester United have been defeating the team long before now, and thus, they must retaliate and win the match in order to move to the final.

Below are the messages sent:

In his expression, he explained that Chelsea should try to defeat Manchester United with at least 7 to nil just like the match between Paris Saint German (PSG) and Atalanta.

He thus ended by saying he will lose his football confidence if the team loses to Manchester United. 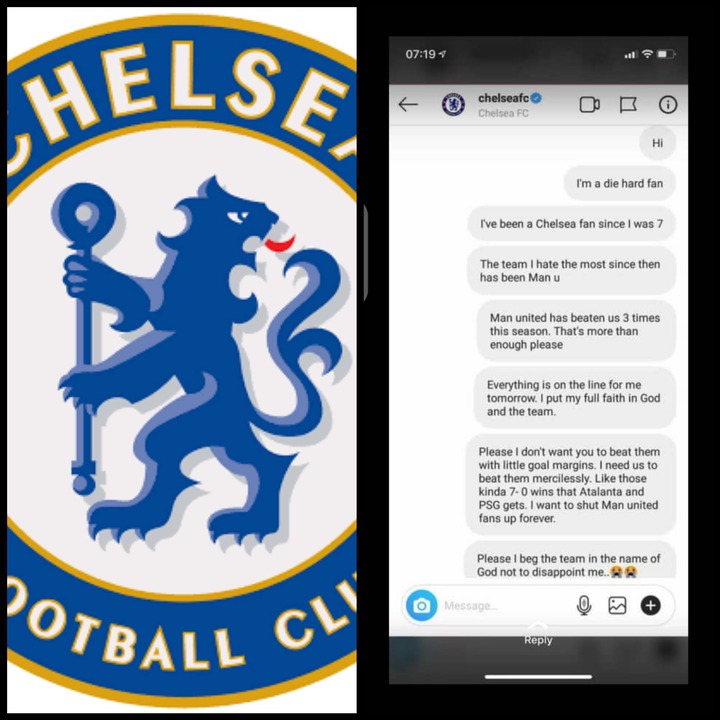