Liverpool and the Klopp Revolution

By Adewumiwilliam (self media writer) | 2 years ago

How one man brought back the glory days 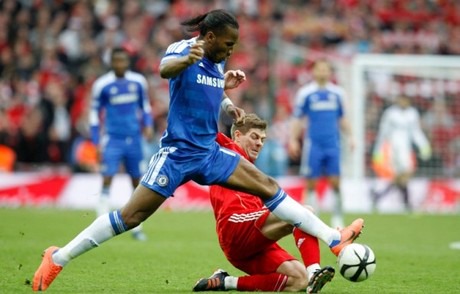 The year was 2014 and for the first time in a long long while, Liverpool football club was an arm's length away from clinching the premier league title. Luis Suarez was firing on all cylinders and there was a certain Brazilian whiz; Coutinho pulling the strings from the midfield.

somehow club legend Steven Gerard faltered during the crucial second leg game against Chelsea, and so Liverpool was condemned to wait until another day when hopefully the weather would be more favourable. 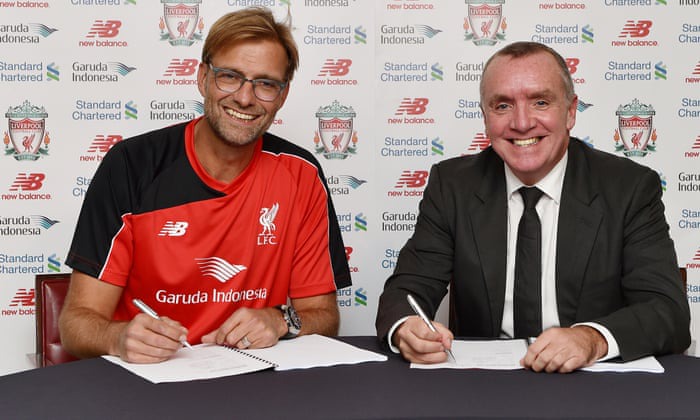 Enter 2015, Liverpool made a move that showed their intent to rise and reclaim their place amongst the English top teams; they brought in the German with the horn-rimmed glasses.

Jurgen Klopp had made a name for himself with his gegenpressing style of play at Mainz and Dortmund (with whom he challenged Bayern Munich long-lasting monopoly on the Bundesliga).

It's being five years since that union and here are a few of the strategic moves that have seen the German bring the koppites not just back to the top of English football, but to the pinnacle of Europe as well. 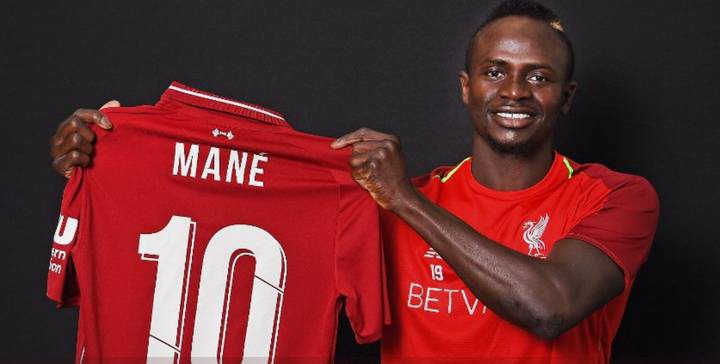 The German coach had since his days in the Bundesliga nursed an open admiration for the African speedster, Liverpool afforded him an opportunity to do more than just admire from afar, with a reported fee of 34 million euros Klopp finally had his hand on the premiership fastest hat trick recorded holder. Liverpool fans could once again expect the sort of adrenaline rush that was the norm during the advent of Luis Suarez.

Saido mane's speed gave him the tool needed to attack the space behind premier league defenders and as well stretch teams, pick their pockets, opening up space for goal threat. The Senegalese has been so integral to Liverpool's success and style of play, so much so that they felt his impact when he had to leave for the African nations cup in January 2017, Liverpool couldn't win any of their four games while he was away.

Return to the champions league

The German coach steered the club back into champions league football holding off arsenal to grab the fourth place on the league table in the final day of the season with a 3-0 win over Middlesbrough. 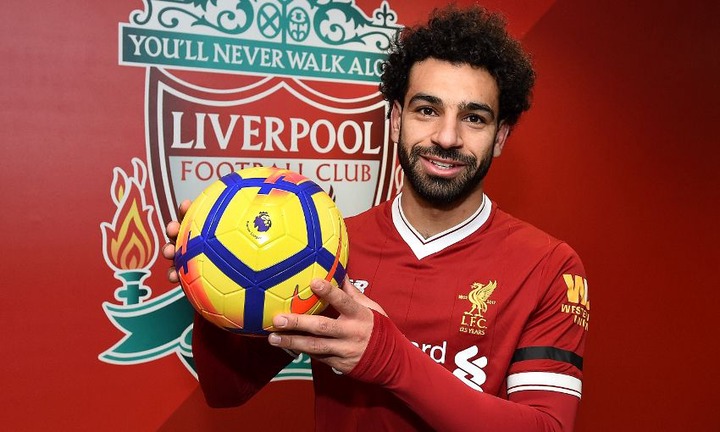 During that transfer, the German coach had his heart set on a certain Julian Draxler. His German compatriot had been making waves with his mind-blowing exploits at shake and Wolfsburg, however, it had to take Draxler's snub for the German Coach to shift his attention elsewhere; a certain Egyptian plying his trade at Roma in Italy, with the reputation of a Chelsea flop plaguing him, very few people would have expected salah to have the level of impact he's had at Anfield, the Egyptian has delivered record-breaking results and has in recent years rivalled the world's very best players for the balloon door crown. 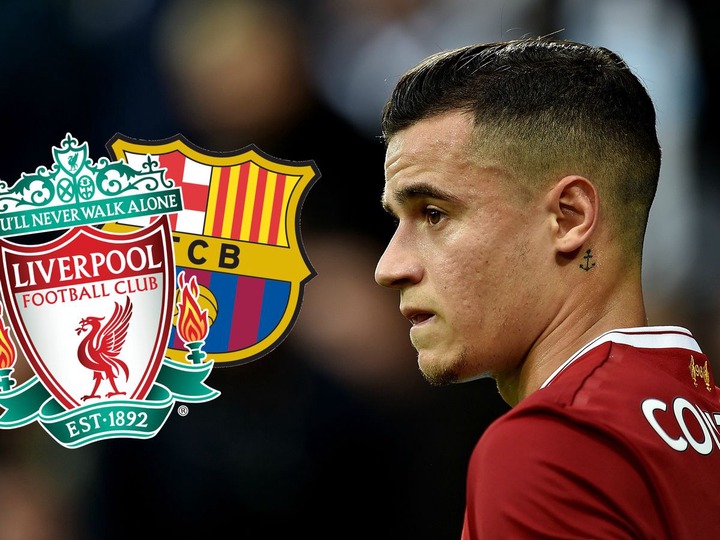 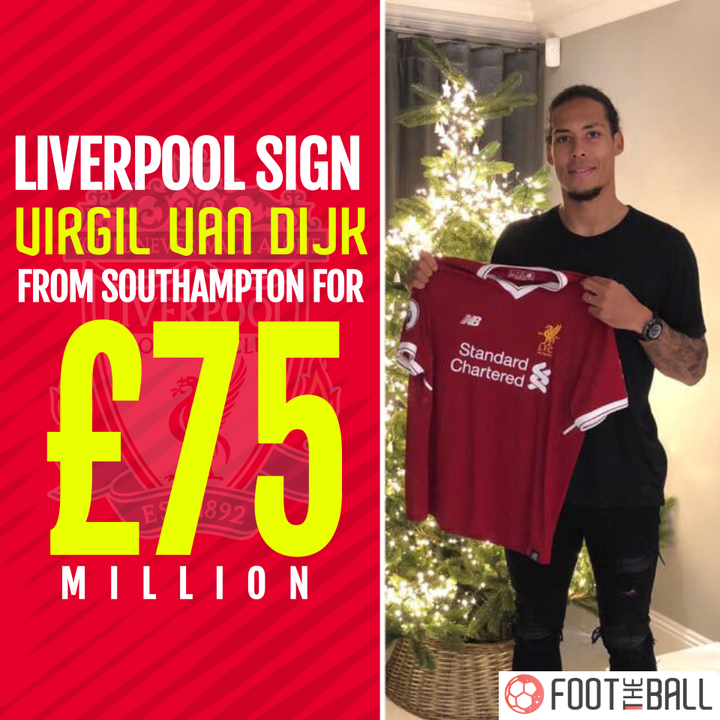 Even though Liverpool was very electric going forward with their attack consisting of the fearsome four of salah, mane, firminho and Coutinho, they were very porous at the back.

Phillipe Coutinho's long-standing romance with Barcelona finally proved the exact opportunity they needed to sort out the mess they were enduring at the back, they cashed in on the Brazilian for a cool sum of 150 million halve of which was immediately invested in bringing in the Dutch defence colossus; Virgil van Dijk from Southampton.

That transfer was a masterstroke as they managed the exit of undeniably essential midfield talent and even got better as a result. 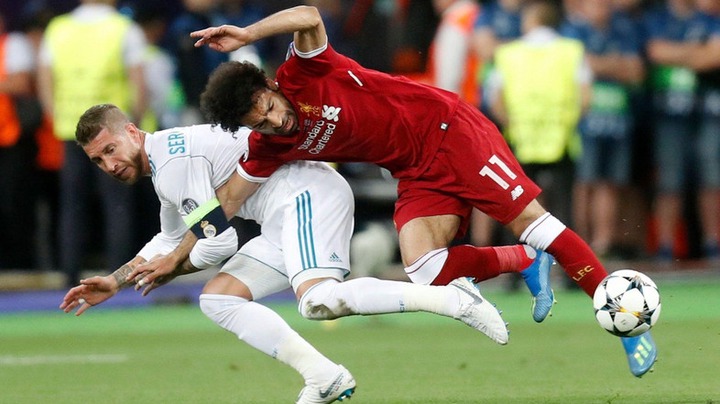 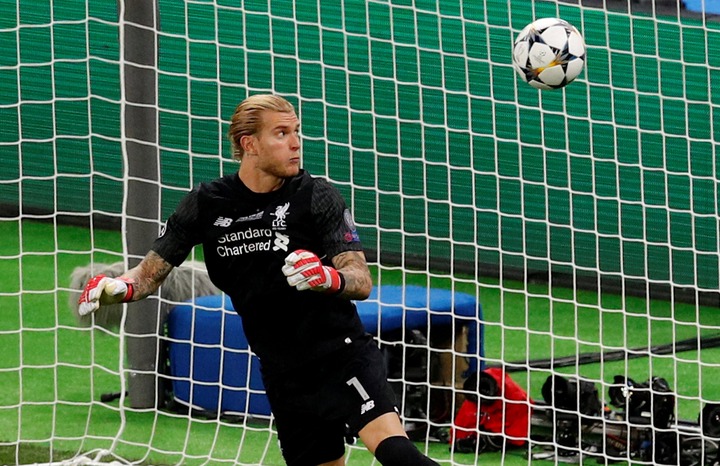 The years' long groundwork, sacrifices and investments were finally paying off and for the first time since the glory days, Liverpool was back again in the champions league final, having cruised through a highly competitive group stage, with an intriguing 7-6 defeat of Roma on the semi-finals. The night at Kyiv was a highly anticipated one, promising to feature the legendary BBC of Real Madrid against Liverpool's salah and compatriot. However, it wasn't to be as real Madrid kingpin Ramos cunningly eliminated the threat that was Liverpool's golden boy, then to compound their misery; Louis Karis committed a massive blunder which saw the Spanish galacticos win their 13th champion's league crown and Liverpool players and fans all over the world in tears.

The failure that night at Kyiv revealed the final piece needed to complete the jigsaw, and so Liverpool committed a world record 75 million euros to ship in Brazillion Goalkeeper Alisson Becker from Roma.

The Night to remember 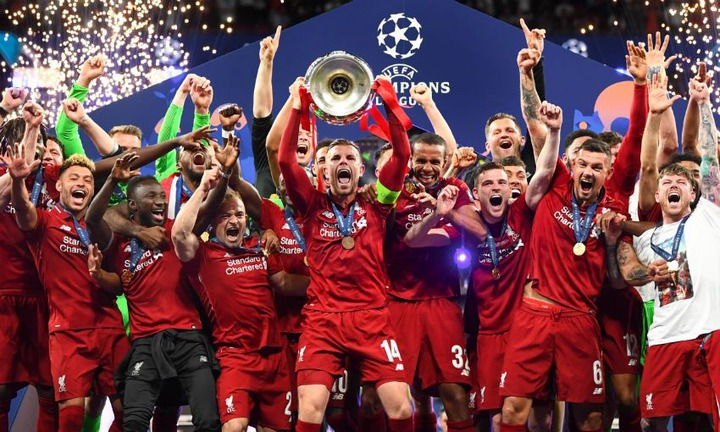 For the second year in a row Liverpool was back in the finals of the champion's league, However, this time they were facing familiar premiership neighbours Tottenham. The match turned out to be an excitement lacking one with Liverpool scoring two past their familiar rivals.

The game of the tournament, however, was the second leg of the semi-final match against Barcelona, facing a 3-0 first-leg deficit, with their premier league title hopes in shreds, Liverpool resuscitated the 2005 spirit that saw them come back from a deficit to clinch the cup, and so in a similar vein, one could safely conclude that it was on that night that Liverpool won the champions league.

Many changes have taken place since Jurgen Klopp walked into Anfield, and there is still yet time for many more, however with the accomplishments so far koppites all around the world will be most grateful that the this German came their way.

Content created and supplied by: Adewumiwilliam (via Opera News )