Super Eagles of Nigeria striker Sadiq Umar was outstanding for Almeria football club on Sunday afternoon, as they defeated Mirandes FC 4-1 in the week 12 of the Spanish Laliga SmartBank League. 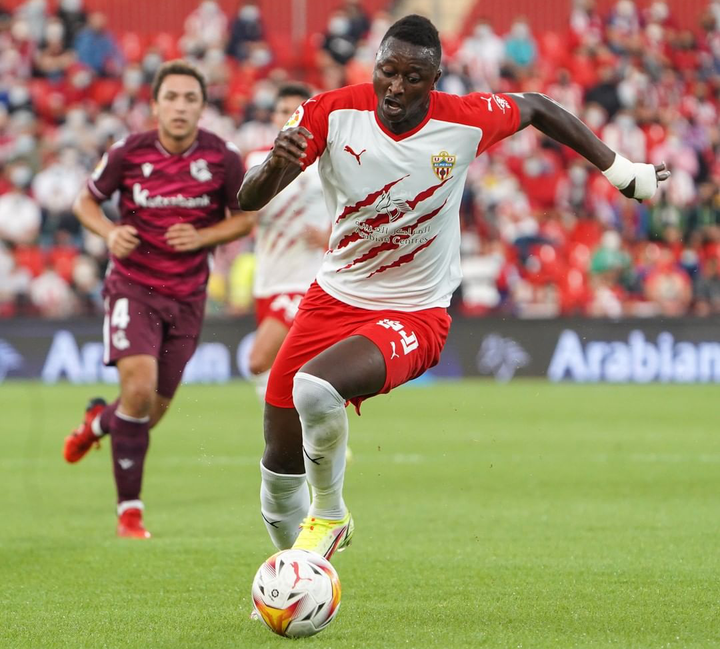 The former AS Roma football club star was dropped to the bench by coach Rubi in order to catch some rest, having played many matches for the club this season, and he was able to impress after being introduced to the pitch.

Sadiq Umar was introduced in the early minutes of the second half, and he was able to play a vital role in the team's deserved victory. Portugal star Dyego Sousa opened scoring for the away team in the 5th minutes, and he doubled the lead in the 23rd minutes, before Spain star Arnau Puigmal made it 3-0 in the 26th minutes to end the first half 3-0.

Dyego Sousa completed his hat-trick in the 53rd minutes before Inigo Vincente netted the consolation goal for the home team via a penalty kick in the 73rd minutes to end the match 4-1. Sadiq Umar was exceptional for the away team after being introduced to the pitch and he was able to play a vital role in his team's victory despite the fact he was unable to score, and the Nigerian international is currently the highest goal scorer in the Spanish Laliga SmartBank League with 7 goals and 4 assists.

The victory over Mirandes FC has now taken Almeria football club to the top spot of the Spanish Laliga SmartBank League table with 25 points from 12 matches played.