By MikeSpiritman (self meida writer) | 1 months

The Laliga Santander title race for the 2020/21 season has been an interesting one, as six points is what seperates the top four teams on the Laliga table.

The Match Kicks off on Saturday Afternoon (3:15 pm) in what could be the deciding factor of the laliga title this season. 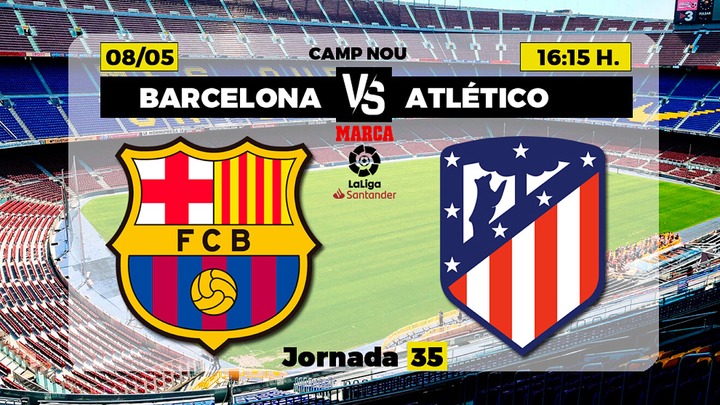 The Blaugrana had a very rough start at the beginning of the season that Mid December, the club was Thirteenth on the table. But after series of wins and lots of inspiration from their Little Magician (Lionel Messi) The club that was once thought by everyone to have a very bad end to the season, are now third on the table (Level on points with Real Madrid who have a better H2H record).

With the Copa del Rey title already in secured this season, Barcelona would be looking to do the double this season.

Phillippe Coutinho and Ansu Fati are the only ones absent for today's game (Long term injuries) but they have Four players(Mingueza, Griezmann, Mess I and De Jong) who are one yellow card away from suspension and could miss the match against Getafe. 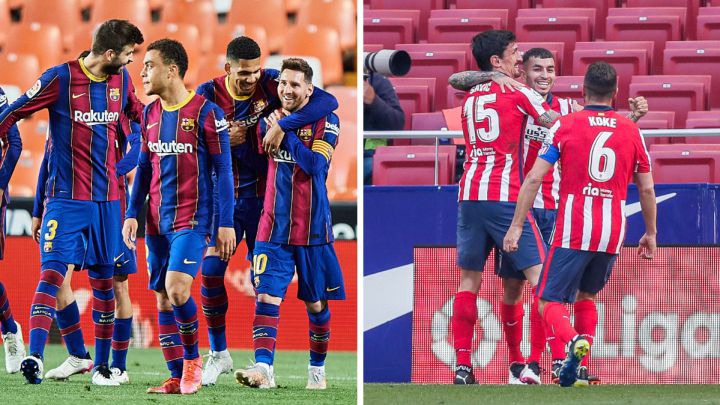 While Barcelona had a bad start to the season,It was said to be the opposite for the Colchoneros who had a flying start to the season. The club were winning lots of game at the beginning of the season and were believed to be running away with the laliga title. Former Barcelona Striker, Luis Suarez, was scoring goals for fun during that period (15 goals then injuries came up but now on 19 goals) After so many draws and few loses towards mid season, Atletico Madrid began dropping points which led to other clubs closing up the wide gap that was set by the club.

Luis Suarez has returned from the injury he sustained and so Diego Simeone's side have no injury worried in this game.

With Real Madrid waiting in the stands, Both teams would try to be at their possible best today and would not afford to lose points.

These are possible line ups of both teams 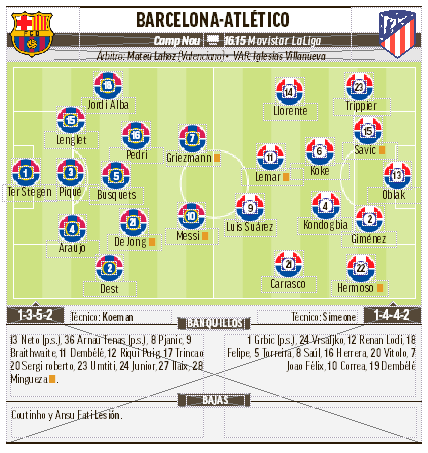 Content created and supplied by: MikeSpiritman (via Opera News )

PHOTO: Check Out The Massive Image Of Lionel Messi Tattooed On The Back Of A Brazilian

12-name transfer round up at Barca with probability ratings.