By Football-Stats (self media writer) | 5 months ago

Barcelona is one of the oldest clubs in the history of La Liga. The legendary Barcelona number ten shirt has been worn by many players. Lionel Messi was the last player to wear the number ten jersey, and there are rumors that Phillipe Coutinho will take over this season. We'll look at 23 of Barcelona's Best Players who have worn the number ten shirt in this article. 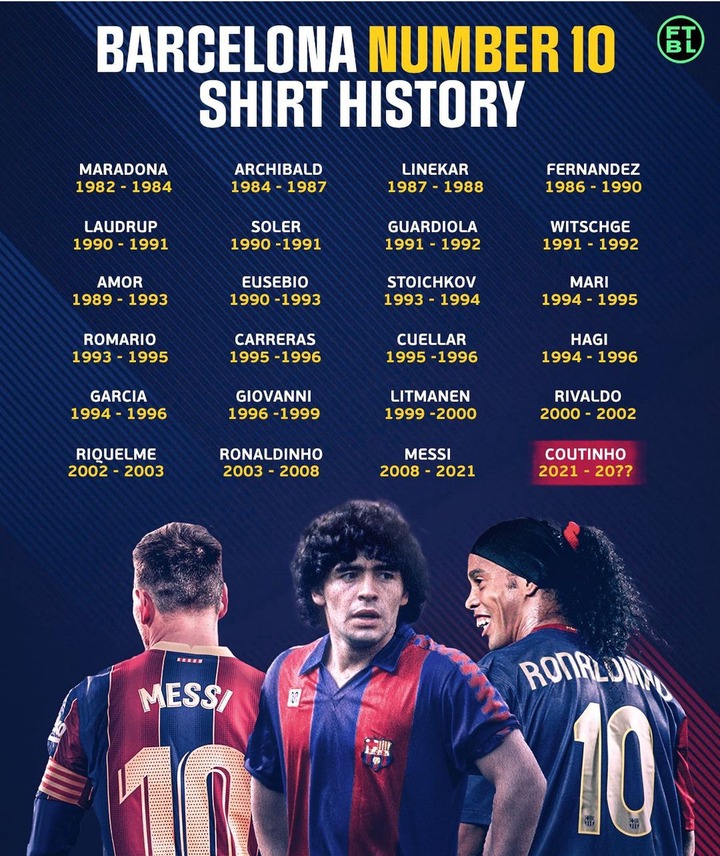 3. Linekar succeeded Archibald and wore it for one year.

6. Soler succeeded Laudrup and wore it for one year.

10. Mari wore the number ten shirt for one year. 17. Lionel Messi is the last Barcelona player to wear the number ten shirt for the club.