By Footballfocus (self media writer) | 1 year ago

Real Madrid are just three points away from being the champions of 2019/2020 laliga season.

Zidane side will welcome Villarreal tonight at the Santiago Bernebue in a match which will be consider as final for Real Madrid. Real Madrid have enjoy an incredible form this season. Since their last defeat of 2-1 at the hand of Real Betis, they are now in a run of nine matches winning streak upon their return to action after the pandemic holiday.

They played a hard fought win against Granada in their last match on Monday which ended in 2-1 with goals from Mendy and Benzema keeping them on track. 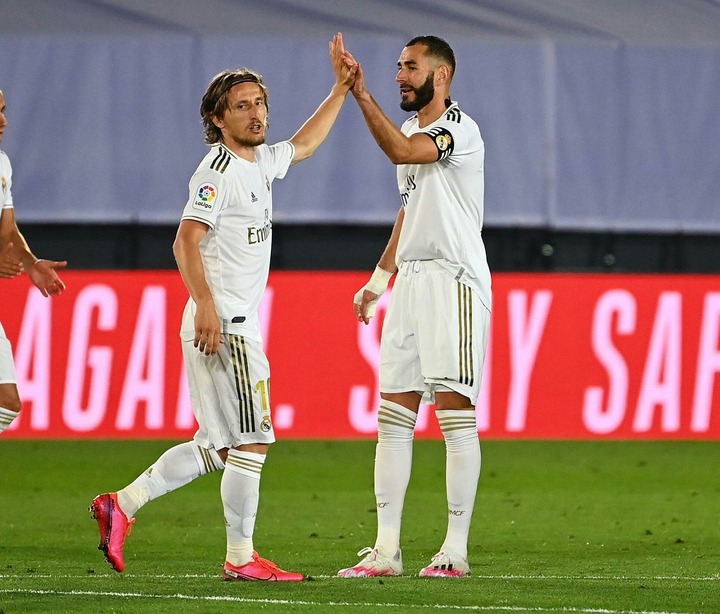 As a result, French international Ferland Mendy created a record for Real Madrid with his first league goal for the club.

The Los Blancos became the first club in LaLiga history to have 21 different players score a goal for them in a single season after Ferland Mendy found the net against Granada.

Zidane side still hold a vital four points lead at the top of the table. A win to will officially crown they champions and also extend their winning streak to 10 matches.

Villarreal since their return to action after the pandemic holiday have only tested defeat against Barcelona and Real sociedal.

They won six out of their last matches and had only one draw and two lose. They now sit fifth in the standings with 57 points.

Villarreal only need to maintain the three points they gave Getefe and Real sociedal who are level on point with 54 points in other for them to qualify for europa league next season.

Real Madrid in my own views might lose tonight match but nevertheless let see what happens. Even if Los Blancos lose and Barça lose it is still a good news to Zidane

Here are the starting lineup to decide the condition of the match at Santiago Bernebue.

Rodrygo starts with Benzema and Hazard upfront in what should be a goal expecting match.

Let see who get all the three points tonight at Santiago