According to the reports reaching us, the South American football body and UEFA have agreed to introduce another final which will be between the winners of Euros competition and the Copa America competition. 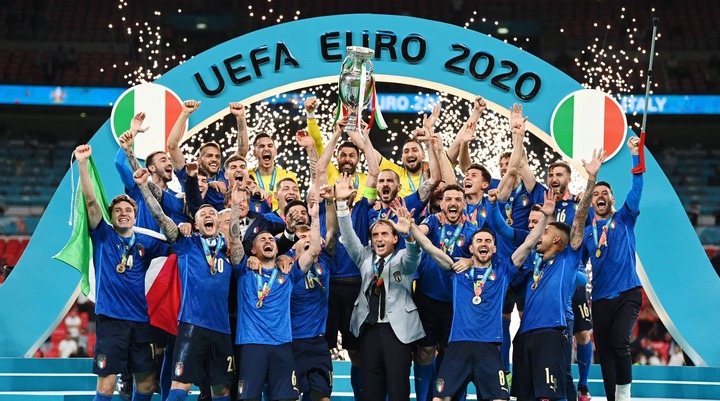 Argentina will be playing against Italy in the first edition of the final and reports have it that the venue of the one leg final match is yet to be known. It's going to be an entertaining match between the two great countries because of the quality of players they have.

Italy defeated England in the Euros final while Argentina defeated Brazil in the Copa America final. Both teams have one of the best players in the world and it will be an opportunity to see Lionel Messi in another International final. 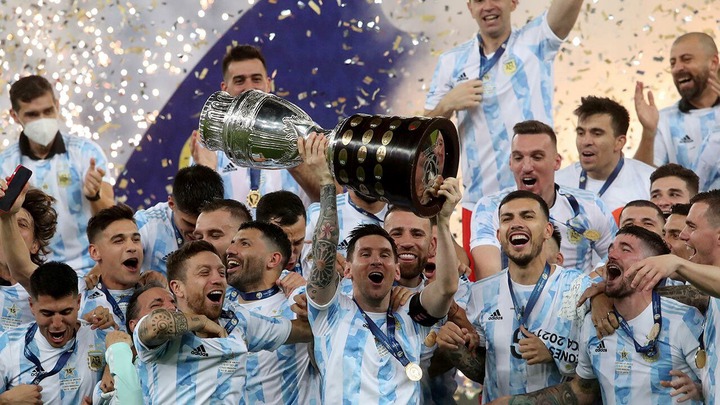 It Will Make Copa America And Euros Competition Tough 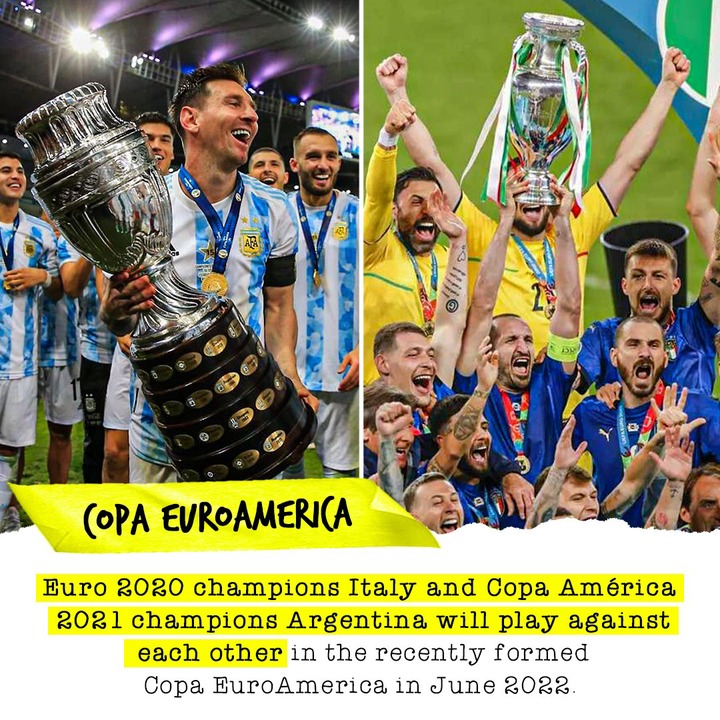 The finals between Italy and Argentina might be the most watched football match in the year 2022 after the most recognized Football competition the FIFA world cup. 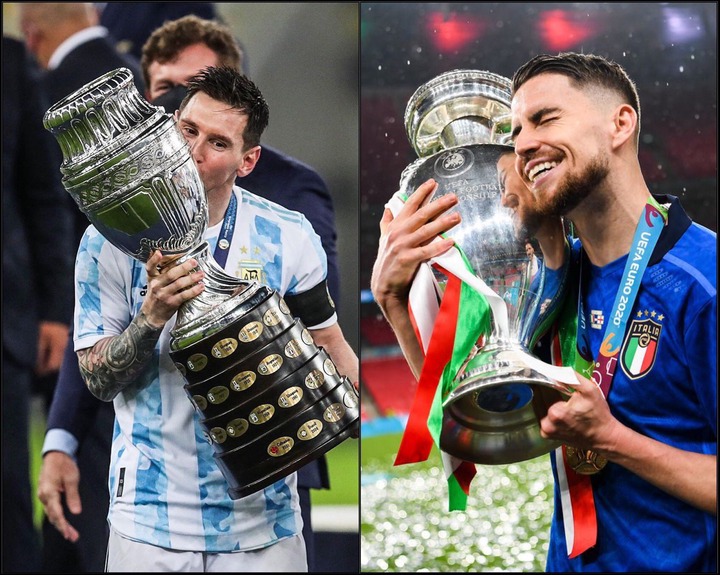 It's going to be an entertaining match between the two best team in the world of football and with the likes of Lionel Messi, Jorginho, Varetti and Di Maria, its going to be a match to watch out for.

The world might watch Lionel Messi win another International trophy for his country after winning the Copa America final this year. 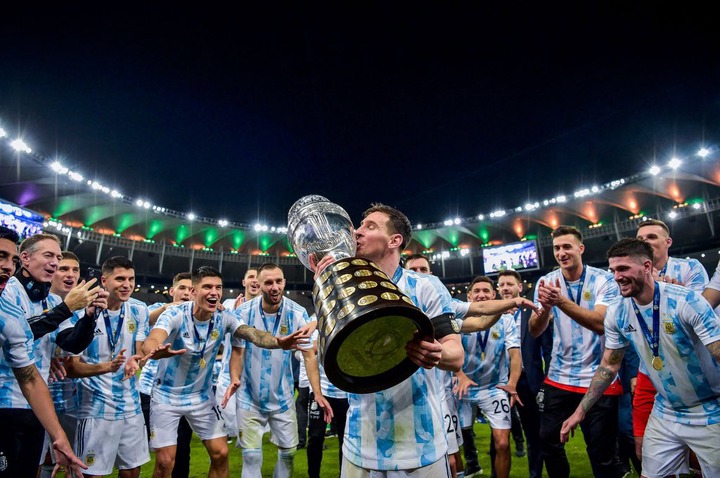 Messi won his first major tournaround with Argentina against Brazil and playing against Italy in 2022 will be another opportunity for him to add to another cup to his trophy cabinet.

Do you think this is a great idea by the organizers?