Manchester United On The Verge Of Setting A New Premier League Record Against Wolves On Sunday.

Manchester United played out a frustrating 1-1 draw against Premier League rivals Southampton in Saint Mary's stadium. Despite winning their first premier league game by thrashing Leeds United 5-1 at Old Trafford, United was not able to win a struggling Southampton side. 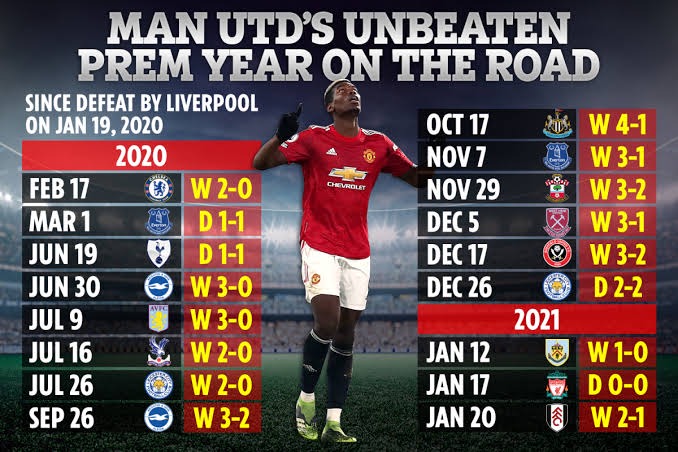 Adams opened the scoring for Southampton from a deflected shot. Mason Greenwood was able to cancel the goal in the 55th-minute giving Manchester United the chance to win the game.

Although the Red Devils pressed to get the goal, but they lack the cutting edge to win the game. 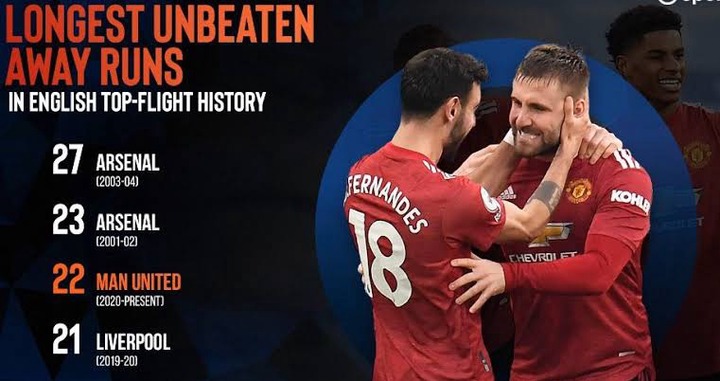 Manchester United will be heading to Molineux Stadium next Sunday, and only a draw will see Manchester United make history by becoming the first primer league club to go 28 straight top-flight away matches unbeaten.

Although, the record is nice, but we the fans are not here for records, we are here for trophies, and that's what we will get this season.