By Biodunsport (self media writer) | 2 years ago They've also been runners up three times in the European Championships, four times in the World Cup, and a further four third place finishes at World Cups. They also won the Olympic Gold in 1976.

Die Mannschaft won all their qualifying matches in the build up to the World Cup, and critically the Confederations Cup, which set up the tune for their World Cup. Germany started their 2018 World Cup campaign with a defeat against Mexico, which was their first loss in an opening match since the 1982 World Cup.

They defeated Sweden 2-1 in their second game via an injury time winner from Toni Kroos , but were eventually eliminated following a 2-0 loss to South Korea, their first exit in the first round since 1938 and first ever in group stage since the format had been reintroduced in 1950.

Aftermath of their poor World Cup performance, Germany's struggles continued into the UEFA Nations League, with a 0-0 draw at home against France, they also lost 3-0 against the Netherlands and 1-2 in the second leg against France three days later, and that coincided to be their fourth loss in six competitive matches, and they couldn't advance to the 2019 UEFA Nations League.

Finals, and they were relegated to League B in the next Nations League. After the Netherlands' win against France, the relegation to League B was confirmed, but due to the format of the 2020-21 UEFA Nations League, which was overhauled Germany were spared from relegating to League B.

March 2019, Joachim Low, the manager of the National Team dropped Thomas Müller, Mats Hummels and Jerome Boateng from the German National Team, haven't being met with harsh criticism after their woefully performance at the 2018 World Cup, and the UEFA Nations League.

The timing of the dismissal of the trio seemed to aggravate the tensed mood surrounding Löw future with the DFB after their woefully performance at the World Cup.

Prior to their dismissal, Löw said that before their woefully performance at the 2018 World Cup he already knew he wanted to make changes to the squad, but he just couldn't point out exactly where and how that changes would look like.

However, after the World Cup and UEFA Nations League, in his preparations to fight for a spot at the Euro 2020 in the qualifying rounds, German friendly match against Serbia, and their qualifier against Netherland in March, Low dropped the trio of Müller, Hummels, and Boateng, players who happened to be their most experienced in the team. 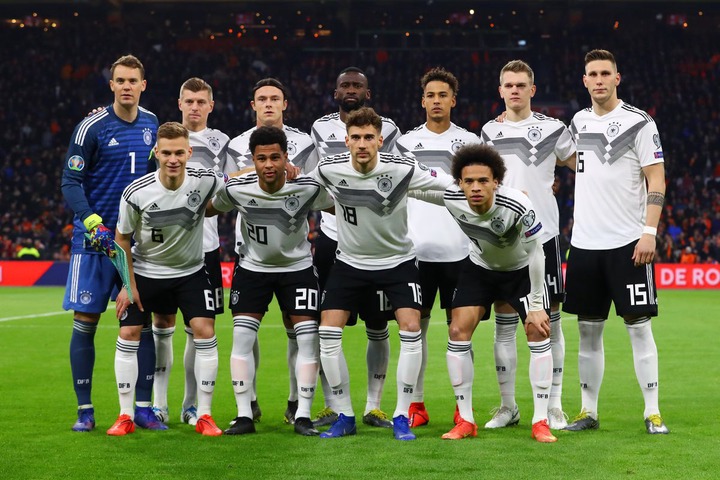 some Bayern Munich hierarchy weren't pleased with the timing of Low decision, pointing out the fact that, the decision came at the wrong time, which coincided with when Bayern has two vital fixtures league match against VfL Wolfsburg, and an all important Champions League clash against Liverpool.

However, before the national team reassembled in March, Löw had ample time to announce his decision in between that period, but waited to see how they players were performing for Bayern, which he eventually went ahead to dropped them, haven't said the transition and a new cycle needs to start with the Euro qualifications.

Away from all that, Löw claimed that his close relationship and personal relationship with the players, couldn't allowed him to him inform them of their fate, which he abruptly did went on an unannounced visit to Munich.

Haven't moved on from the trio, Low went on to announced that Toni Kroos, Mauel Neuer, Gundogan and Reus has what it's takes to be a leader of the team in the absence of the trio. A statement which signifies that those trio were keygog of the team, both with their experiences and what they can bring to the table. 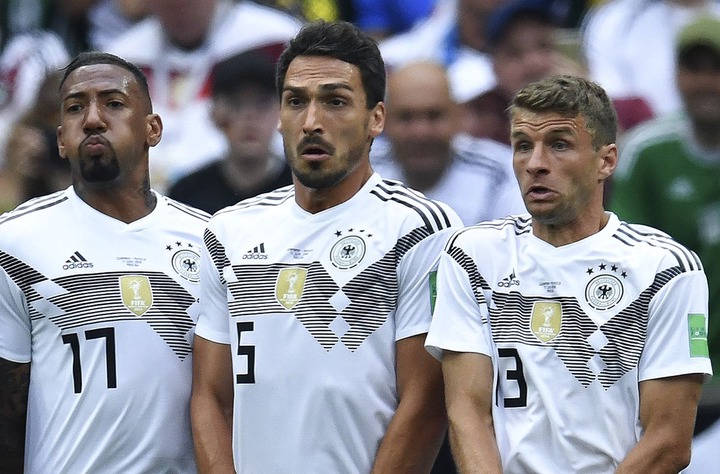 Step forward to their Euro 2020 qualifying proper, they started their quest with a friendly match against Serbia at home, in a match which the German struggled to savaged a 1-1 draw, haven't being trailing by a goal to nil from a Luca Jovic goal, Leon Goretzka scored in the 69 minutes to savaged a draw for the German.

In March 2019, Die Mannschaft kicked start their qualifier away from home against the rejuvenated Nederlands side led by Ronald Koeman, the German were victorious in that match with a 2-3 victory.

June 8, 2019, Die Mannschaft started from where they stopped against the Nederlands, away from home again, against Belarus in a match they won 2-0 as they gradually forgot their old guard with two wins in two match in the Euro 2020 qualifiers.

Now in June 11, 2019, the German won with an emphatic 8-0 against Estonia, with Marco Reus and Sergy Gnabry scoring a brace each in that particular match.  Step forward to September 6, 2019, in the reschedule match against the Nederlands, the German were beaten at home by the Orange Boys 2-4 in a match that ended in favor of the Nederlands.

September 9, 2019, they got back to winning ways away from home against the Northern Ireland, the match ended in favor of the German as they ran home with a 0-2 win.

October 9, 2019, The German played in a friendly match against Argentina, a match which they were leading, before the Albeceletes dug deep to savaged a 2-2 draw in that match.

They got back to their grove in the return leg of their match against Estonia in October 13, 2019, with a 3-0 away from home. November 16, 2019, wasn't different from the latter result against Estonia, they took Belarus to the cleaners at home with a 4-0 batching.

And the German rounded up their qualifying series with an emphatic win against Northern Ireland at home, with a 6-1 win as the Euro 2020 come calling gradually.

Haven't, ended the year on a good note, the German has being drawn in a group touted the group of DEATH, with FRANCE and PORTUGAL in their, amid waiting for the last country that would be the fourth country in the group, which would be decided by a playoff match.

However, haven't ended the year well with a good performance in the qualifying rounds, with vasually all the young players doing quite well for Joachim Low and his team, the fact still remains that, we can not shy away from the abundance of experience the trio of Muller, Hummels, and Boateng would bring to the table, although the young players also has experience, but can not be compare with the trio, in terms of what they've brought to the table in the past, what they could still offer the team, and the leadership qualities they would add to the team.

Die Mannschaft might go on to struggles at the Euro with or without the trio, but then I feel their experiences could still play a big role in the team, if they haven't being dropped, however it's left to be seen if they would struggle, but if they can be consistent with how they ended the year going forward into the Euros, and work more with the remaining leaders in the team, probably they might go to win the Euros.

Content created and supplied by: Biodunsport (via Opera News )