What has happened to Andy Ruiz since his loss to Joshua, as he put his weight under control?See photo 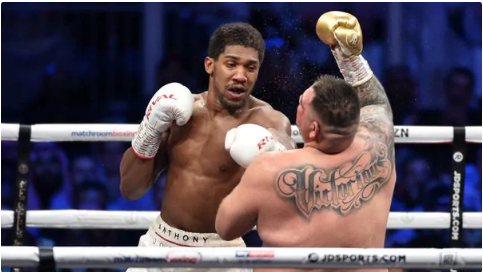 Andy Ruiz, according to ESPN, which tried a few weeks ago to interview him, is holed up in his house, and not doing much of anything. No one has seen him doing roadwork, and his new trainer has not seen him either. Offered significant fights, he stays at home, eats, and eats some more.

Ruiz is proud, living, proof that the fattest among us can get fatter if they try!

Ruiz is working hard to get fatter, and by now is the size of a sperm whale.

There is no nice way to say this: Ruiz was always a fat slob, and is now a much fatter slob, whose long range cardiac and total health are in considerable danger, and the guy he beat was not the best heavyweight in the world, not even close.

As for people who say he is the best Mexican boxer, they must have forgotten that country’s proud stable of fighters, including, historically, Julio Caeser Chavez, Salvador Sanchez, Barrera, etc.

In addition to being the size of a small building, Ruiz lacks the sheer strength, punching power, discipline, commitment, and focus, needed to approach being a great fighter. The only thing “Great” about Ruiz is his enormous girth, and his equally incredible appetite.

And yet the Fat Man beat Joshua’s chiseled hindparts quite thoroughly, which does speak to how bad Joshua really is.

Obese Andy was the fattest challenger and fattest champion in history!

Obese Andy, who in the first Joshua fight was the fattest challenger in heavyweight history, and in his case, I do mean HEAVYweight. Ruiz then made all fat people proud and entered for his first title defense as the Fattest champion in history.

Ruiz was, in the second Joshua fight, the fattest person in the entire country of Saudi Arabia, and moved about as well as one of the Egyptian Pyramids

Fatter Andy Ruiz lumbered around the ring like Shamu the Whale, waddling after Joshua, who had confused the fight for a track meet, and the ring shook every time Ruiz tried to move.

Andy Ruiz was a limited but courageous boxer who was so out of shape his fat jiggled every time he moves. Ruiz is not some deadly puncher, he is a fat guy who had only knocked out 63% of his very pedestrian opponents none of them except one - who had defeated him - were in the top 300 fighters as ranked by Boxrec!

None of his opponents except Joshua, Parker, and Sergey Liakhovich were in the top 500 fighters - all but 4 were not in the top 1,000!

Before Joshua, his highest ranked victory was over a 38 year old Sergey Liakhovich who is ranked #347, and was completley shot. That was his great career victory.

His other competition? Joe Hanks is ranked #939. Tor Hamer is ranked #1184. Devin Vargas #1384, and so on. Shamu Ruiz’s opposition was historically bad.

In his first fight with Joshua, once he stung AJ in the third round, it took him 4 more rounds to finish him! Believe this, if Liston or Foreman had caught him, they would have finished him immediately!

Before Joshua, Ruiz had only faced one contender, Joseph Parker, and had lost to him. Ruiz was unranked by the sanctioning bodies, and Hearn had to pull strings to get his ranking up so the fight could be sanctioned. Ruiz, before defeating and exposing a very limited champion in Anthony Joshua, was not ranked in the top 500 of all time.

Ruiz blamed his trainer for his weight gain before Joshua II

Obese Andy Ruiz at first blamed himself for his resembling Shamu the Whale as he lumbered around the ring after Anthony Joshua in their rematch.

That didn’t last, of course.

Unfortunately, Fatter Andy evidently blamed his growing into the size of a small blimp on his team, as he fired his trainer Manny Robles.

Andy Ruiz has a history of firing trainers - whereas many championship fighters go their careers with one trainer, Wilder with Jay Deas, Anthony Joshua with trainer Rob McCracken, Ruiz has had 3 trainers so far - and none have been able to keep him away from the all night buffets.

Jeff Grmoja was Ruiz’s trainer until he signed to fight Joseph Parker, at the time WBO world heavyweight champion. Ruiz, evidently feeling he needed a name trainer to carry him to the title, hired Abel Sanchez, a partnership that lasted all of one fight. After his defeat by Parker, Ruiz fired Sanchez, and hired Manny Robles, who was with him five fights, including his victory over, and then defeat by, Anthony Joshua.

Obese Andy, who in the first Joshua fight was the fattest champion in history, was, in their second fight, the fattest person in the entire country of Saudi Arabia, and moved about as well as one of the Egyptian Pyramids

Ruiz lumbered around the ring trying to chase Joshua like Shamu the Whale.

None of his trainers were able to get him to get in shape, and shed some of his blubber, though all tried, with his manager father begging him to get into shape also. 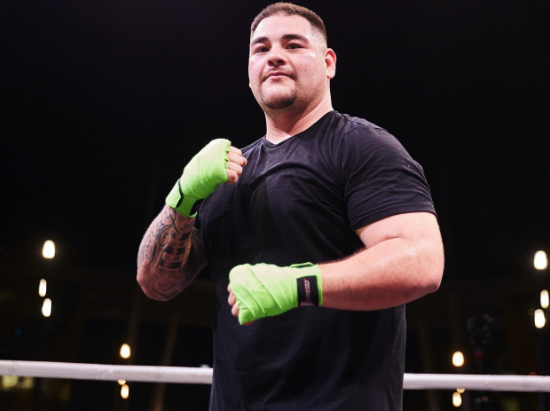 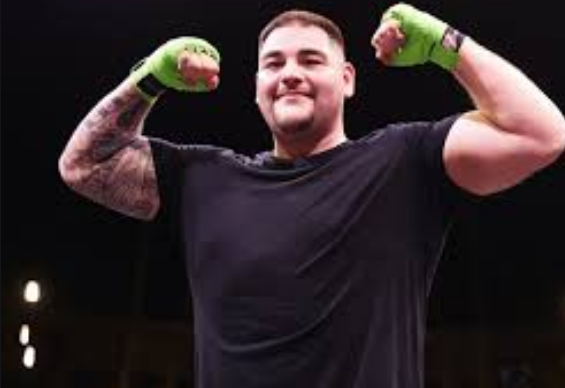