With just three points separating Inter Milan and Juventus in the current Serie A table, both teams will lock horns in the first Derby d'italia of the 2021/2022 season on Sunday. Despite a glittering start to the new season, Inter now trail Serie A table topping AC Milan by eight(8) points heading into this fixture, and will need to improve defensively against a Juventus team that have won six(6) consecutive matches in all competitions after their 1-1 draw with the league leaders.

Ahead of the match at San Siro, 07:45pm (GM +1), lets look at the previous fixtures between these two teams in Derby d'italia, How both Teams Could Line Up And The Predicted Match Outcome.

Previous fixtures between these two teams in Derby d'italia

The Italian derby is a common name given to the football match between the Italian teams of Inter and Juventus. From the name derby d'italia, it doesn't mean a derby in the strict sense of the term, but rather a "classic" name used to describe the match between the Nerazzurri and Bianconeri.

The first official Derby d'italia between these two teams was in Turin on the 14th November 1909 of the 1909/1910 season, with the old lady winning 2-0. Two weeks later, both teams squared up for the second fixture which ended in a 1-0 victory for Inter in Milan on 28th November 1909. Since then, they have met 243-times in all competitions and 176-times in Serie A. 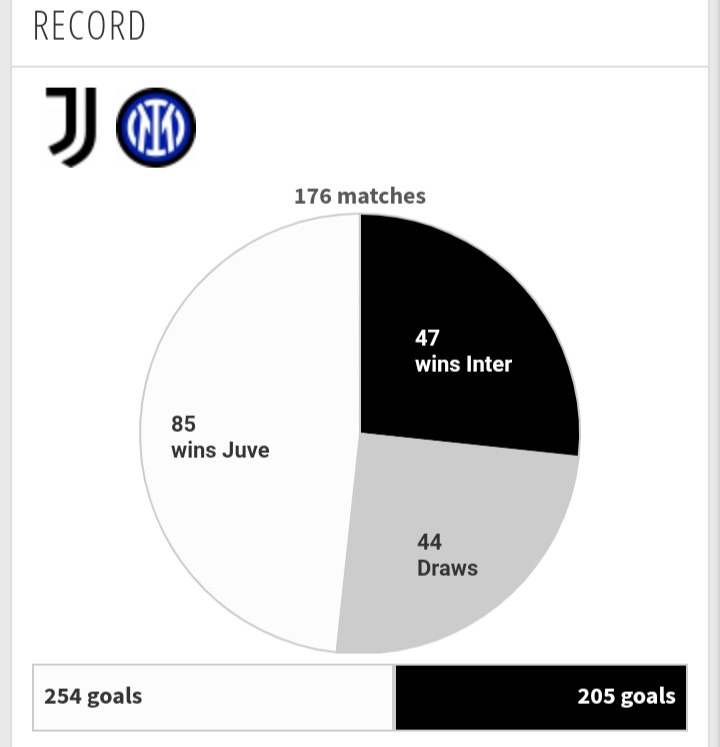 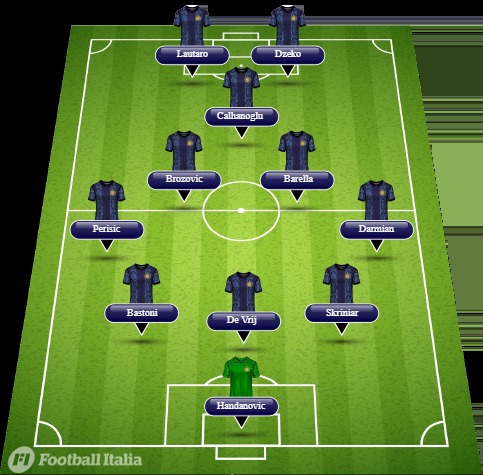 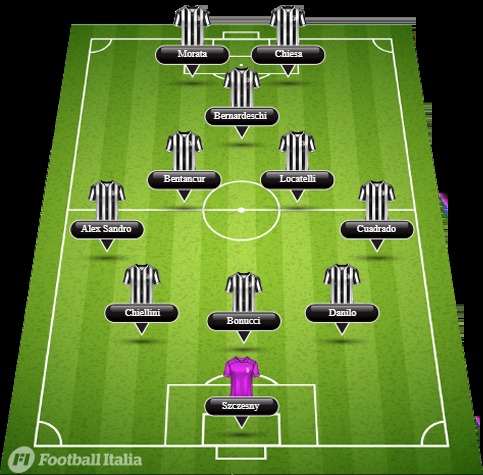 The Bianconeri have maintained a consistent performance since their three winless opening Serie A matches, and will been keen to reduce the gap between them the current leaders. Simone Inzaghi has plenty of work to do if they must retain their Serie A title, starting with Sunday's battle against Allegri's men. The derby d'italia is sure to provide mouthwatering actions, with the Bianconeri more likely to win tonight.