Real Madrid would have to lineup in these three possible ways in other to defeat Leganes at Estadio Municipal De Burtaque. This fixture is real Madrid last fixture for the season ahead of champions league that would restart in August, zidane would love to finish the league by securing all 3 points. 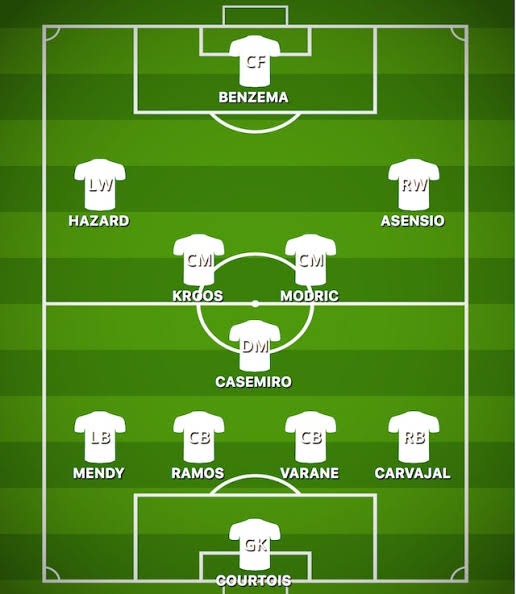 The first way Real Madrid could lineup and beat Leganes.

Real Madrid could lineup Thibaut Courtois despite wining la liga, their back four would still be solid and would consist of Ferland Mendy, Sergio Ramos, Raphael Varane and Dani Carvajal. They would lineup Casemiro who would partner with Toni Kroos and Luka Modric at the central midfield. The two wingers for the match would likely be Eden Hazard and Marco Asensio, while the striker of the team would be Karim Benzema. 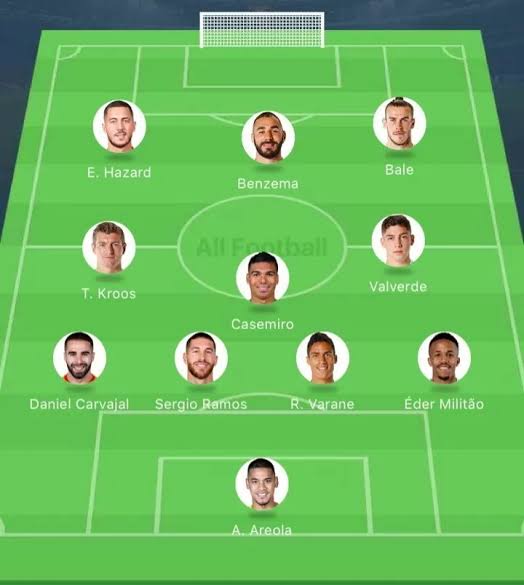 The second way Real Madrid could lineup against Leganes. 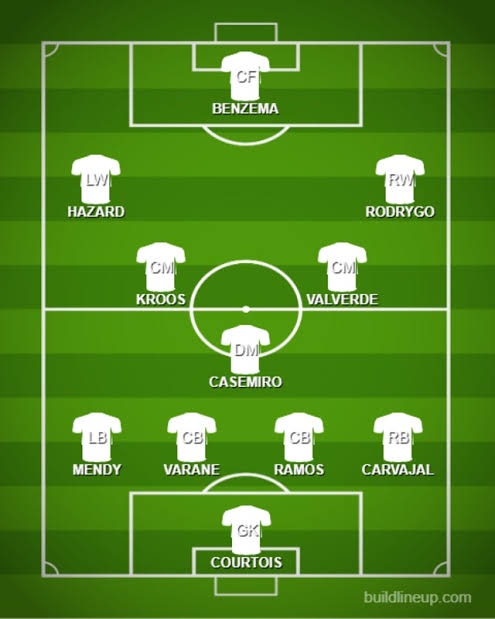 The third way Real Madrid could lineup and beat Leganes.

Courtois will be in charge of the goalpost for real Madrid in their final this season. The defense would be Mendy, Varane, Ramos and Carvajal. We shall see a combination of Kroos, Valverde and Casemiro at the Midfield. While Rodrygo and Hazard would position at the right and left wing. Benzema would pursue the attack line as he tries to become La Liga top Goalscorer.

Which of the lineup would be the best?