UEFA Champions League Group games got to its day 5 across Europe, with Giant Clubs commanding their groups' points with huge expectations of easy passage to the knockout stage. 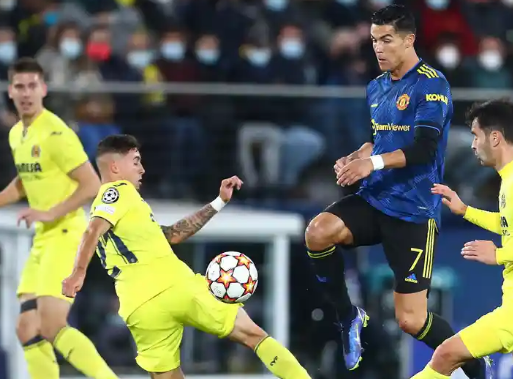 Man United threw behind them the dismissal of Gaffer, Ole as they returned to winning ways after their 2-2 draw with Atalanta on Day 4. Cristiano Ronaldo's 78th minute goal put the visitors in front with loads of struggles from Villarreal to get back into the game but Sancho broke Villarreal's back bone in the extra time, to secure all 3 points for visiting United as Ronaldo got his 6th goal for United in the season's Champions League. 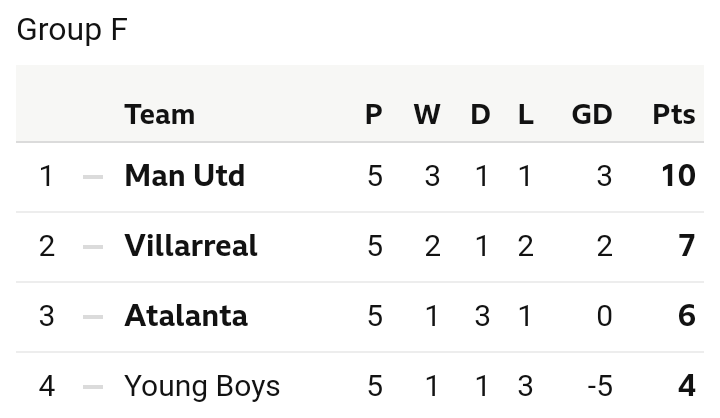 United are now leading Villarreal by 3 points and have also qualified for the next round, following their 0-2 away Victory in Spain. Atalanta came from behind to steal a point from Young Boys after playing 3-3 draw in Switzerland. 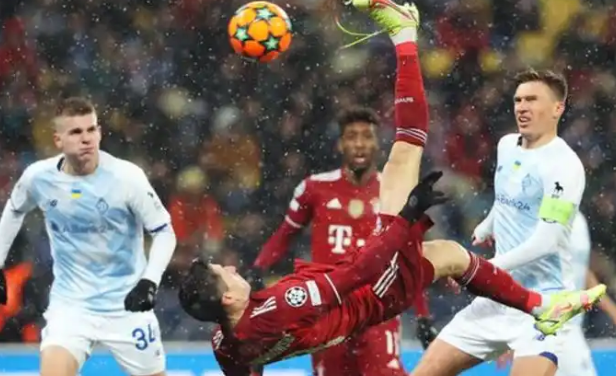 Robert Lewandowski scored his 9th successive Champions League goal against Dynamo Kyiv with overhead kick, away in Ukraine. The Poland's Striker opened scoring for Bayern Munich in the 14th minute as Coman doubled the Germans lead in the 42nd minute to secure the interval for Bayern. Dynamo's Harmash reduced the host's deficit in the 70th minute as the Germans failed to hit the Bull's eyes in the 2nd half. Bayern have qualified for the next round after acquiring all available points with their 2-1 win in 5 games. 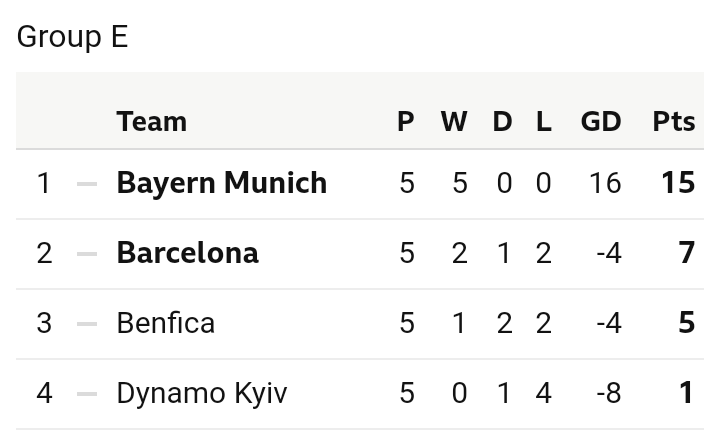 Bayern are still top of the Table, leading Group E with 100% records after beating every Team in their Group. Barcelona's shocking goalless draw put them on the second spot with 7 points, trailing Leader, Bayern by 8 whopping points. Barcelona now need a win to join Bayern Munich in the next round. 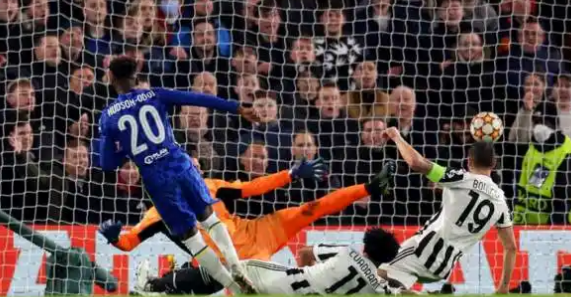 Defending Champions, Chelsea surprisingly beat Italian Giant, Juventus at Stamford Bridge on Day 5, especially after their unconvincing 0-1 win at Malmö on Day 4. Academy graduate, Chalobah put the Champions ahead in the 25th minute as the Blues settled for only his strike for the first half. Recce James welcomed Juve into the 2nd half with a goal, 5 minutes into action after which Hudson-Odoi made it 3-0, 3 minute later to totally unsettled the Italians. Timo Werner's extra time goal, created a mockery scene for the visitors as the English side whitewashed Juve by 4-0. 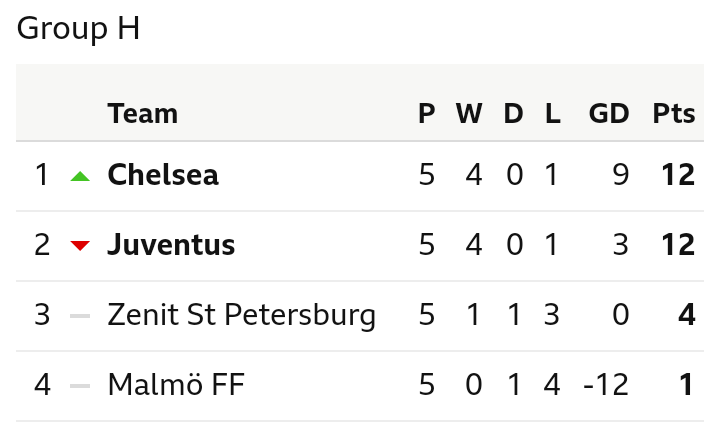 Chelsea go up to the top of the Table on goals difference after having same 12 points as Juventus. The 2 Giant Teams have now qualified for the knockout stage after all hope have vanished for Malmö and Zenith St. Petersburg, following their 1-1 draw on Day 5. 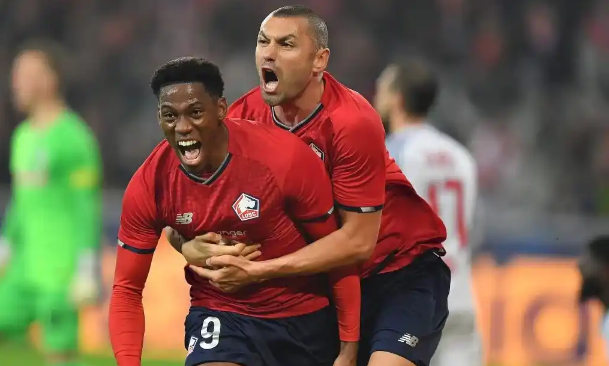 French Champions, Lille continue to dig deep in their quest to making France proud in the UEFA Champions League, after struggling with proceedings in the Ligue 1. After beating Sevilla 1-2 in Spain on Day 4, the French Ligue 1 Champions got the better of RB Salzburg in the 31st minute after reliable David scored Lille's only goal on Day 5, to secure all 3 points, as they top the log with 8 points,just 1 ahead of RB Salzburg. 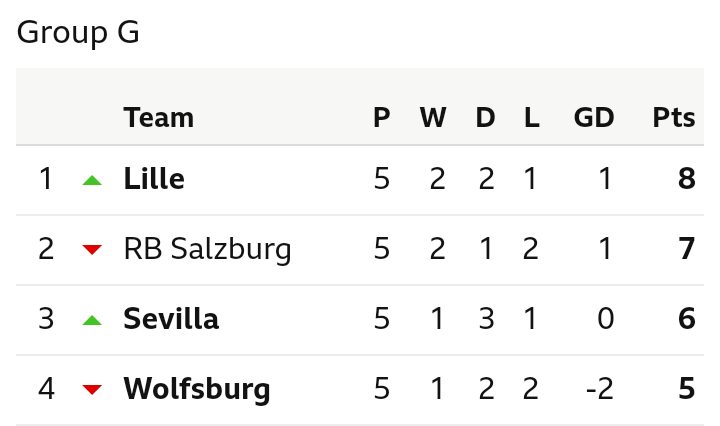 Although Sevilla beat wolfsburg by 2-0, but the group is still very opened to any team for qualifications into the next round. 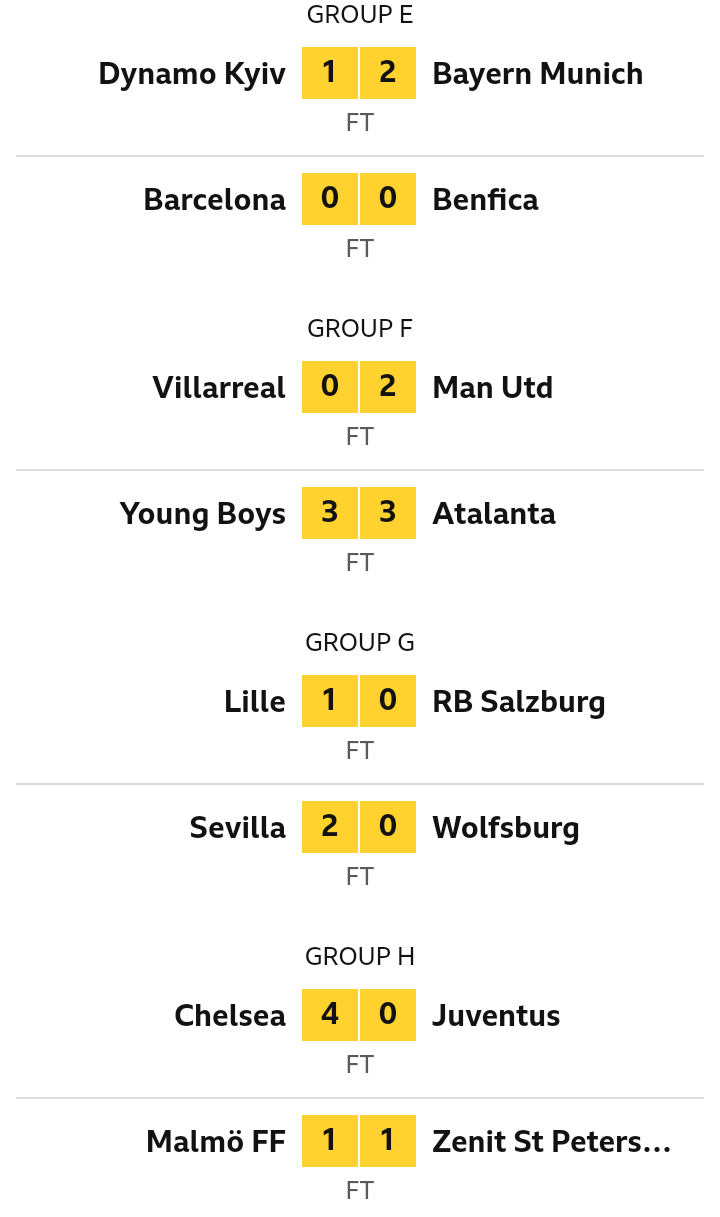 It will be war between Atalanta and Villarreal on Matchday 6 as they both clash in Italy for the 2nd ticket, the only available passage to joining Man United in the knockout stage. Barcelona will risk the shame of playing in the UEFA Europa League if they fail to beat Bayern Munich in Germany as they will be counting on Benfica and Dynamo Kyiv's game provided the Portuguese don't win in Portugal for their own qualifications. If Barclona lost and Benfica convincingly won, Barcelona will appear in the UEFA Europa League while Benfica will qualify with 8 points. 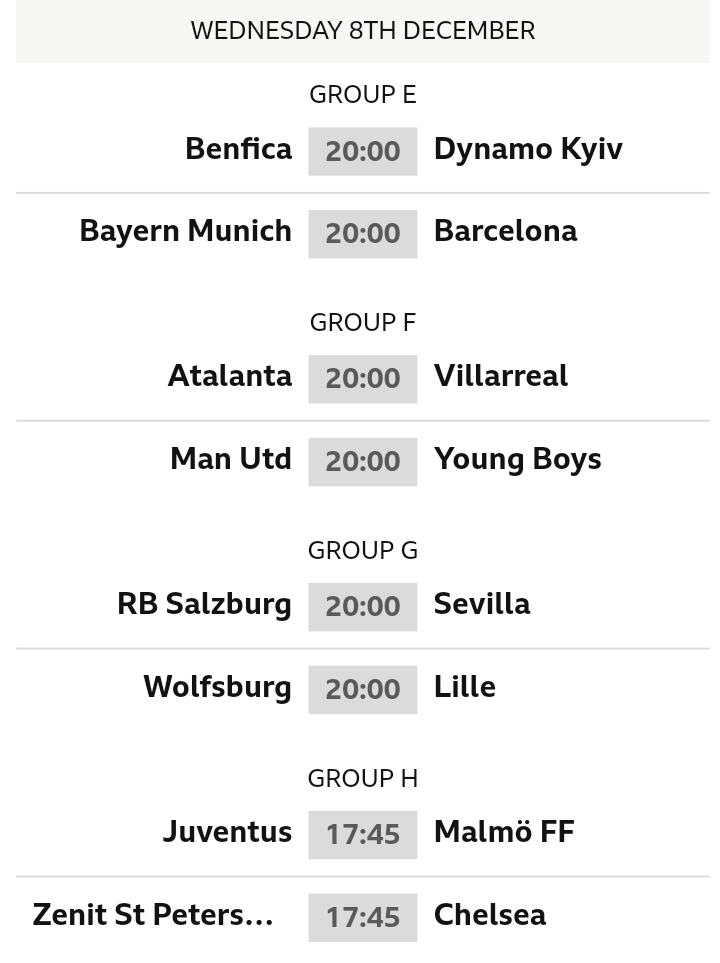 Defending Champions, Chelsea returned to action on Day 6 in a dead rubber game against Zenith St. Petersburg after sealing their qualifications to the next round. A win for Lille, Wolfsburg, Salzburg or Sevilla will surely qualify any Winner on day 6 from Group G while draw will includes permutations for the next round.

With the excitement in Stamford Bridge, do you think Chelsea are standing firm to defend the title? Share your thoughts.