What You Need To Know About The New European Super League

By writer_bbolaide (self meida writer) | 17 days

After the announcement of the Super League on Sunday, the breakaway competition launched its website together with its formats. 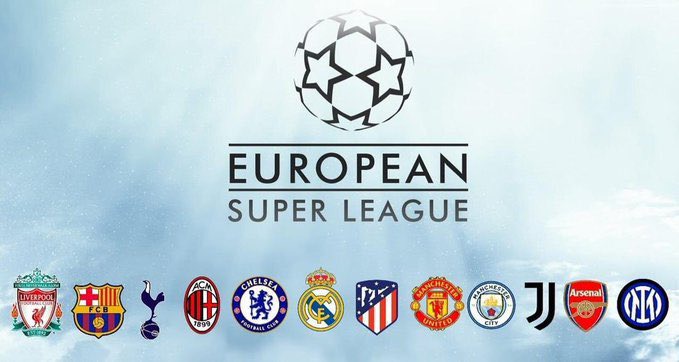 This is the format of the competition:

1. 20 participating clubs with 15 FOUNDING CLUBS and a qualifying mechanism for further five teams to qualify for the competition annually which will be based on the achievements of such teams in the prior season.

2. There will be midweek fixtures with all participating clubs competing in their respective national leagues, preserving the traditional domestic match calendar which remains at the heart of the club game.

3. An August start with clubs participating in two groups of ten, playing home and away fixtures, while the top three in each group will qualify automatically for the quarter finals.

4. There will be two-legged-play-off for teams finishing fourth and fifth to compete for the remaining quarter-final positions. A two-leg knockout format will be used to reach the final at the end of May, which will be staged as a single fixture in a neutral ground.

Asides the above, a corresponding women's league will be created after the start of the men's league.

Content created and supplied by: writer_bbolaide (via Opera News )

Why Champions League final may be hosted in the UK instead of Istanbul.

Paul Onuachu is Now an African Top Scorer in a Season in Europe After Scoring Last Night, See Record