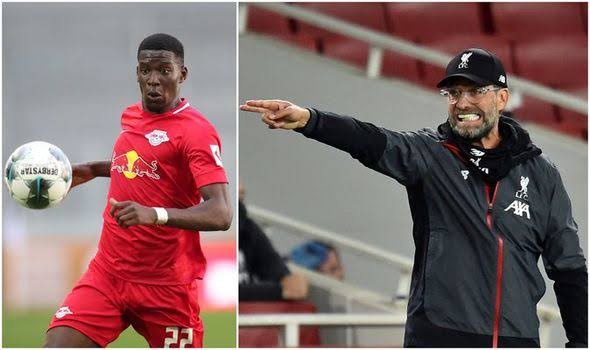 Liverpool are reportedly interested in RB Leipzig centre-back Nordi Mukiele – however, will face stiff competition from PSG, who want to secure the services of the 22-year-old in order to replace Thomas Meunier.

That’s according to French outlet Le10Sport, who report that Jurgen Klopp’s side have been very impressed with the form of talented Frenchman this campaign.

The same report claims that Jurgen Klopp wants to use Mukiele as a back-up for Trent Alexander-Arnold.

The Leipzig full-back would be a top-tier purchase by the Merseyside Reds, however, the validity of the claims are hard to clarify because of the source.

Le10Sport aren’t the most renowned outlet in France – that title would probably fall to L’Equipe – and they’re the only ones making this report.

We have to get him', 'Don't think twice' – Link to £22m-valued PL ace has many LFC fans talking 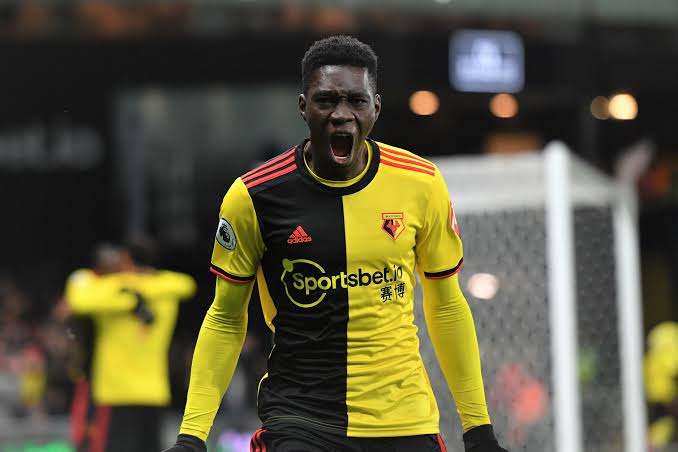 Liverpool are reportedly eyeing up a potential move for Watford’s Ismaila Sarr this summer.

According to The Mirror (relayed via @AnfieldEdition), the Senegalese winger is on the radar of the Premier League champions. However, a failed moved for Piotr Zielinski from Udinese back in 2016 could resurface and scupper any movement due to bad blood between Liverpool and the Pozzo family, who own both the Italian club and Watford (via Liverpool.com).

Sarr has been in good form for the struggling Hornets this season, tallying five goals and five assists in the league so far (via Transfermarkt). He is the club’s second top scorer for this term with six goals overall, behind only Troy Deeney with nine (according to BBC Sport).

No transfer fee has been announced but the 22-year-old’s current Transfermarkt value is £22 million, which could reflect in an asking price should Watford be relegated. The Hornets are currently 17th in the league table, outside of the drop-zone by just three points.

Two Liverpool fans think the Reds should take advantage of Watford’s difficult situation, with one tweeting ‘we have to get him’ and the other telling the club ‘don’t think twice’. 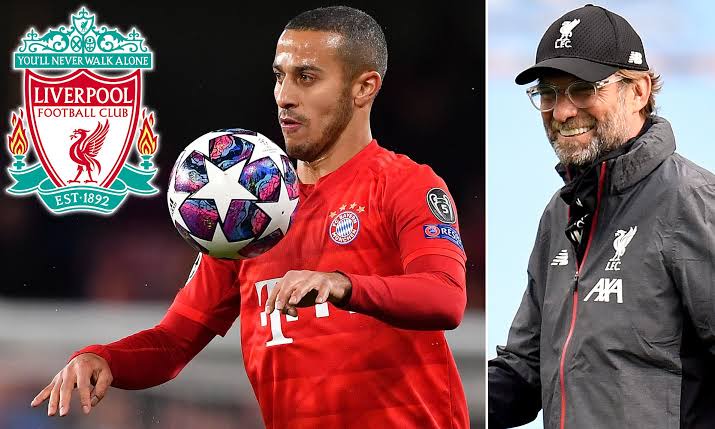 The Guardian‘s Fabrizio Romano says the ball is very much in Liverpool’s court in regards to the signing of Bayern Munich midfielder Thiago Alcantara.

The reliable journalist believes the Spaniard is keen on a switch to Anfield, despite reports that Manchester United are also interested, but the Merseyside club have yet to table a bid for the 29-year-old:

Supporters on Twitter have called on the Reds to stump up the cash for Thiago:

There is no doubt that manager Jurgen Klopp is a big fan of the midfielder but the Spanish international doesn’t really fit into the club’s transfer policy of signing young players.

Combined with the Reds’ reluctance to spend while there is still so much uncertainty in terms of the global situation, a bid for Thiago looks unlikely.

The only possible scenario where a move for the Bayern star would make sense would be if Georginio Wijnaldum doesn’t sign a new contract. The Dutchman’s current deal expires next summer.