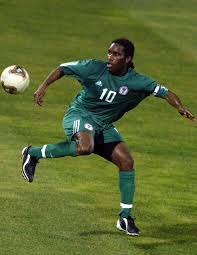 Jay Jay Austin Okocha, is notable among the clubs he played for,because of his skills in football. Some of the clubs are, PSG, Bolton and Frankfurt. According to FIFA, he played 73 games for Nigeria, scoring 17 goals. He won the AFCON and the Olympic Gold for Nigeria.He still holds a FIFA record, of the most dribbles, in 1994 FIFA World Cup,of Nigeria against Italy.That is the most dribbles attempted by a player in a World Cup. 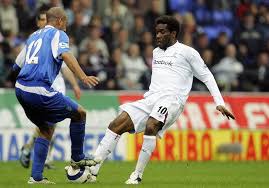 According to him in an interview, that he had not regret of not becoming the world best player, but he know, that he had done his best by winning the African player of the year, he added that sometimes you do not get, what you desire.He was also voted as the BBC African Footballer of the year, during his career. He said, based on his potential as a football player, he though maybe he could have done more. 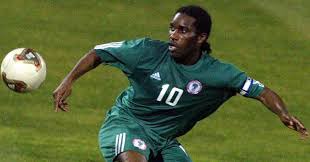 Building his legacy, he helped Nigeria win the African cup of all nations and he is named the tournament best player. I remember, i was just a kid in his playing days, so i think it is important not to forget his legacy.