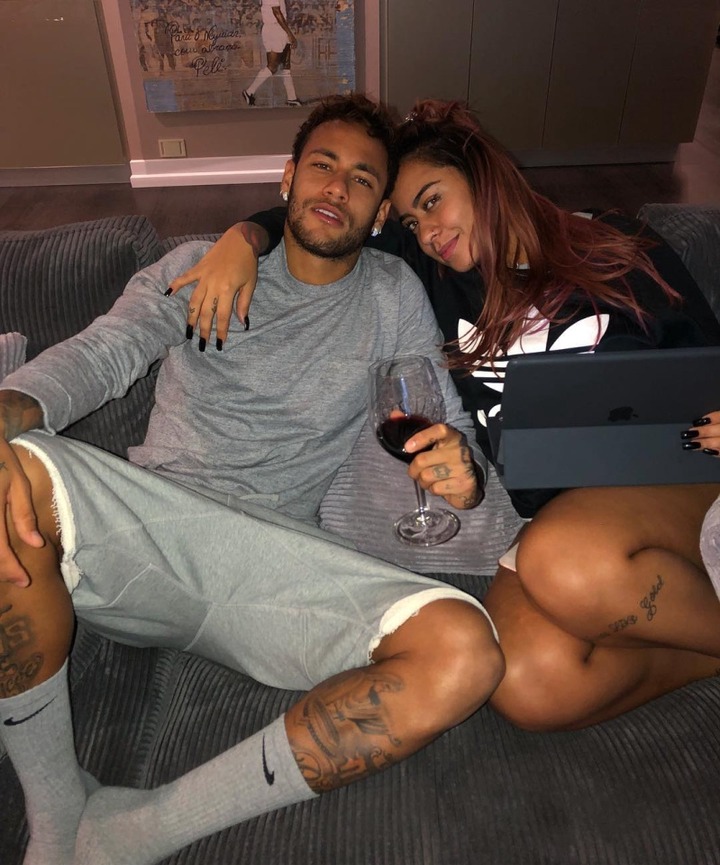 He is widely considered as one of the best players in the world. Neymar Santos has only one sister and cherish her so much to the extent that people even thought that he is dating her, he also tattooed his sister's face on his bicep. See Rafaella Santos stunning photos here... Rafaella Santos was born on March 11, 1996. Despite her brother being one of the most recognisable faces in the world, Rafaella herself has become somewhat of a style icon with a successful modelling career that has seen her gain over 5.6 million followers on Instagram. Rafaella and Neymar are the only children of Neymar Santos Sr and Nadine Santos. Model Rafaella became famous with a World Cup-themed advert for Beats By Dre in 2014. The 24-year-old model, who has an extremely close relationship with her Paris-Saint Germain star sibling, wowed her 5.6million followers with sultry selfies. Neymar Jr has his sister's face tattooed on his bicep, Check it out. Neymar and Rafaella Santos 2015/18 photos, See the rest of her Stunning photos...