The Dutch legend claims the German manager is biased towards Timo Werner and plays Hakim Ziyech out of position. 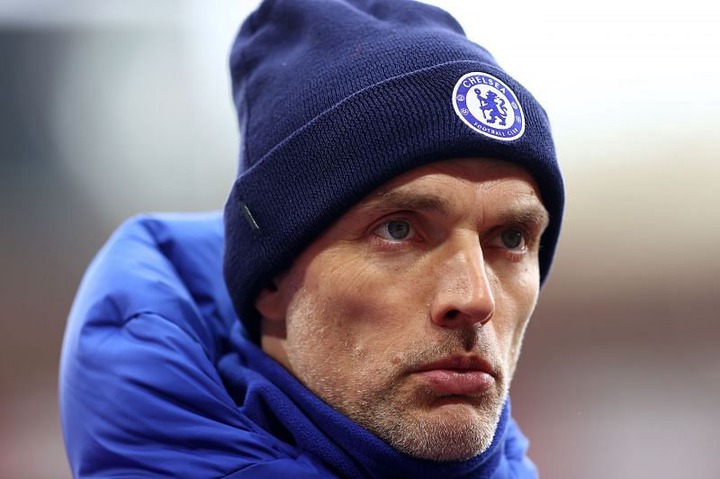 Hakim Ziyech has found it challenging to get into the Chelsea starting XI since the arrival of Thomas Tuchel. The manager has been rotating his front three a lot, but the Moroccan has played in various positions.

Marco van Basten was talking to Voetbalzone when he took a shot at Thomas Tuchel. He blasted the Chelsea manager and added that he gives Timo Werner way too many chances even though he has not been doing well. He said:

"'Ziyech again on the couch. When he gets in, that's like a striker. He can do that too, because he is just a good player. I am sad to see rotation... He's just not in the right place."

"That Werner plays really badly, but doesn't he come in much more often? The system this trainer plays is just not good for Ziyech. Then as Ziyech you have to say: 'You know what? I have to plead. It is now about Ziyech because I have nothing to do with that man. This is not getting along like that. I'm not saying it's bad for Ziyech or bad for that trainer, but it doesn't work like that."

Marco van Basten is not the only Dutch legend to question Thomas Tuchel's treatment of Hakim Ziyech.

Former Liverpool star Dirk Kuyt has also expressed his displeasure at watching the Moroccan warm the bench at Chelsea. He said:

"He scored in that FA Cup match against Manchester City. Then you think: well, he's through it. The next game: boom, on the bench. Then you look at Werner, who can do whatever he wants. He plays over and over. He scored against West Ham, but he could have made one more."

Chelsea take on Real Madrid in the UEFA Champions League at Estadio di Stefano on Tuesday night. They are keen on making it to the finals this season after making it past the quarter-finals for the first time in 7 years.