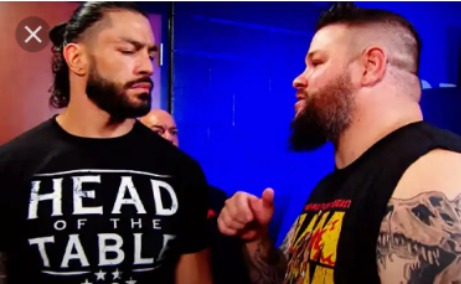 It was the Friday Night SmackDown before the Royal Rumble, and Kevin Owens and Roman Reigns had a little heart to heart discussion, mediated by Michael Cole. At first, Roman Reigns' advocate, Paul Heyman, didn't want to let Roman Reigns to waste his breath against Kevin Owens, but after KO began to rant, the Universal Champion thought it was necessary to strike back with his words. The two clash on Sunday the 31st of January, in a Last Man Standing Match. For those who are not familiar with professional wrestling, a Last Man Standing Match is a type of match where you beat and incapacitate your opponent until he is unable to get up and answer the referee's count of 10.

Kevin Owens said he will continue to get up no matter how bad Roman Reigns beats him up, until he wins. Apparently, this statement angered the champion, and he began to lash out at Kevin Owens. He blamed KO's father for raising him the way he raised him; teaching him not to know when to continue fighting, and when to leave the fight for another day. He went further to insult KO's family, calling him a family of fools. As expected, this enraged Kevin Owens, who wanted to go after Roman Reigns at that moment, but Reigns and Paul Heyman, didn't allow KO to have his way. They turned the camera away from themselves. 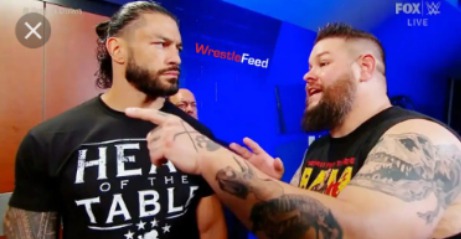 This was a perfect job by the two men. The way they sold the match was epic. Now, nobody that I know, is apathetic about this clash.

Although the WWE are good chefs of surprises, the eventual outcome of this bout is a no-brainer. Nobody expects Kevin Owens to win. Perhaps Roman Reigns might try more shenanigans: maybe he would tie Kevin Owens' legs to the steel post like John Cena did against Batista in the past; but Roman Reigns will definitely retain his title, whether by hook or by crook. 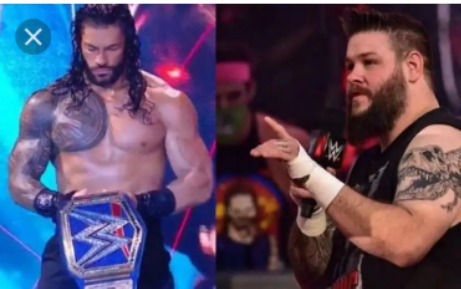 The important thing is Wrestlemania. I would have loved the feud to continue until then, but it's probably going to be over after the Royal Rumble. Right now, I can't even speculate who Roman Reigns might be facing at Wrestlemania. Maybe a legend like Edge will come back to make his challenge.