By Versh (self media writer) | 2 years ago 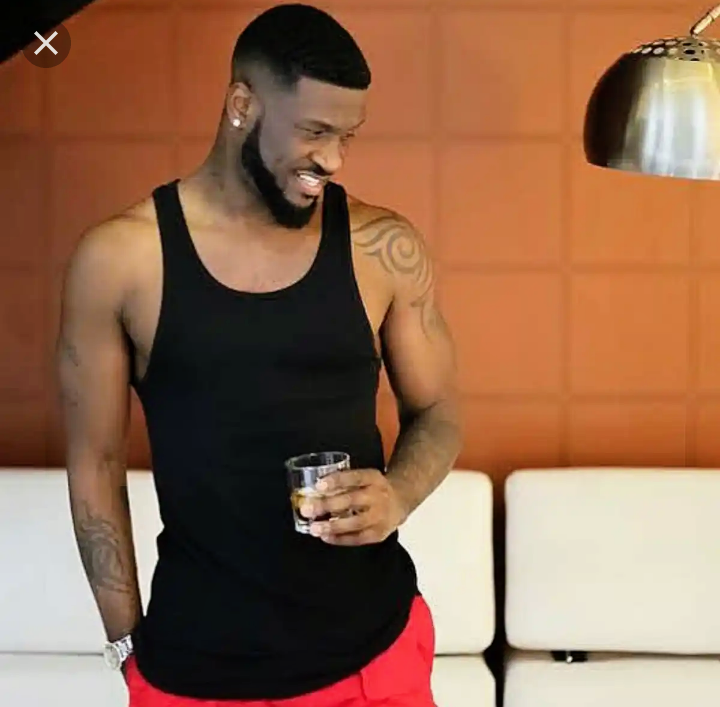 Peter Okoye of the the dysfunctional Psquare duo, has taken to his Twitter handle to share his opinion on the ongoing Covid 19 pandemic.

Peter Okoye who is preferably called Mr P once claimed he, his wife and daughter were Covid positive, a claim that was called a bluff by Nigerians and his faithful fans. He was further accused of collecting incentives from the government inorder to support the geometric increasing cases of the pandemic in the nation.

The 'One more night' crooner has not relented on his effort to create safety awareness of the dangers of the virus. As usual, his warning was not well received by his fans as they expressed their disappointments. Below are his tweets;

"For those still doubting Covid 19. A word is enough for the wise! Stay safe out there". He firstly tweeted. 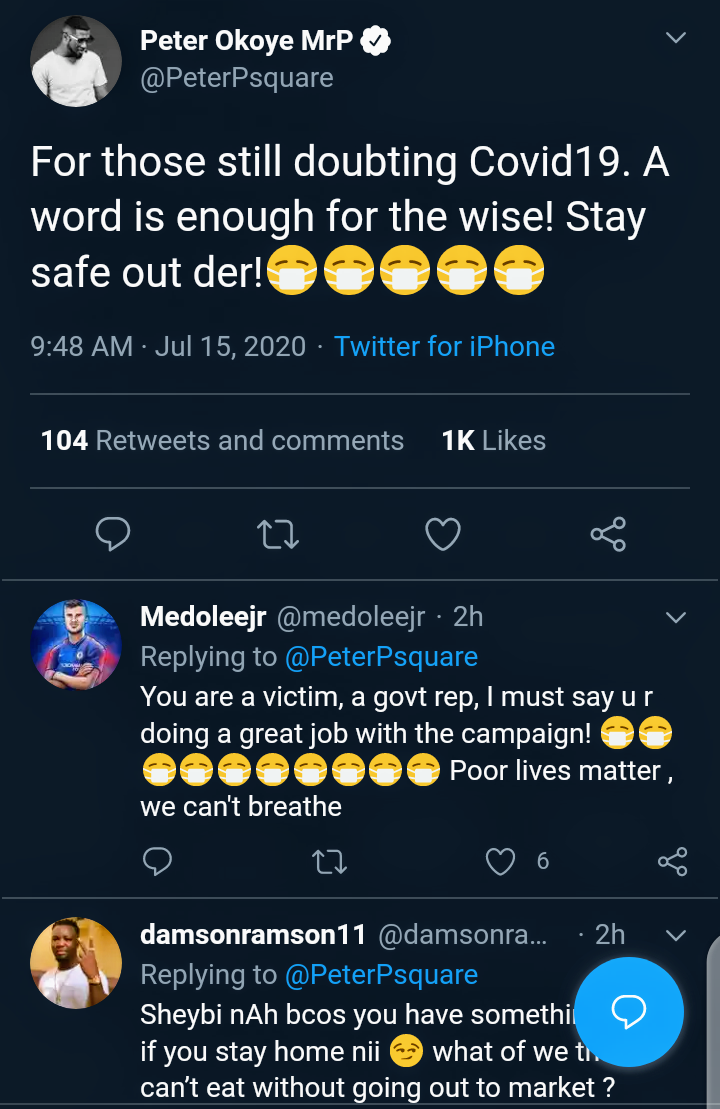 From the follow up responses, you can see the stand fans of the faithful has taken. The first responder called him a government representative, he went further to appreciate his hardwork on supporting the Nigerian government. Poor lives matter, we can't breath, he drew his conclusion. In the North shell, Mr P who is supposed to use his position to voice out the calamities befalling the common man, has instead turned on us like the government.

"Ignorance is a disease. Far worst the underlying virus (Covid 19), California has gone Shit Down again and some states in the US are about to do same. Some will say Covid 19 is a Scam. It's ordinary malaria! Prepare your mind, cos life might not be normal till next year." He tweeted again This tweet has some iota of truth and lack of acknowledgement for state of matters in the named state in comparison with Nigeria. Before I go further, have a look at responses for the tweet 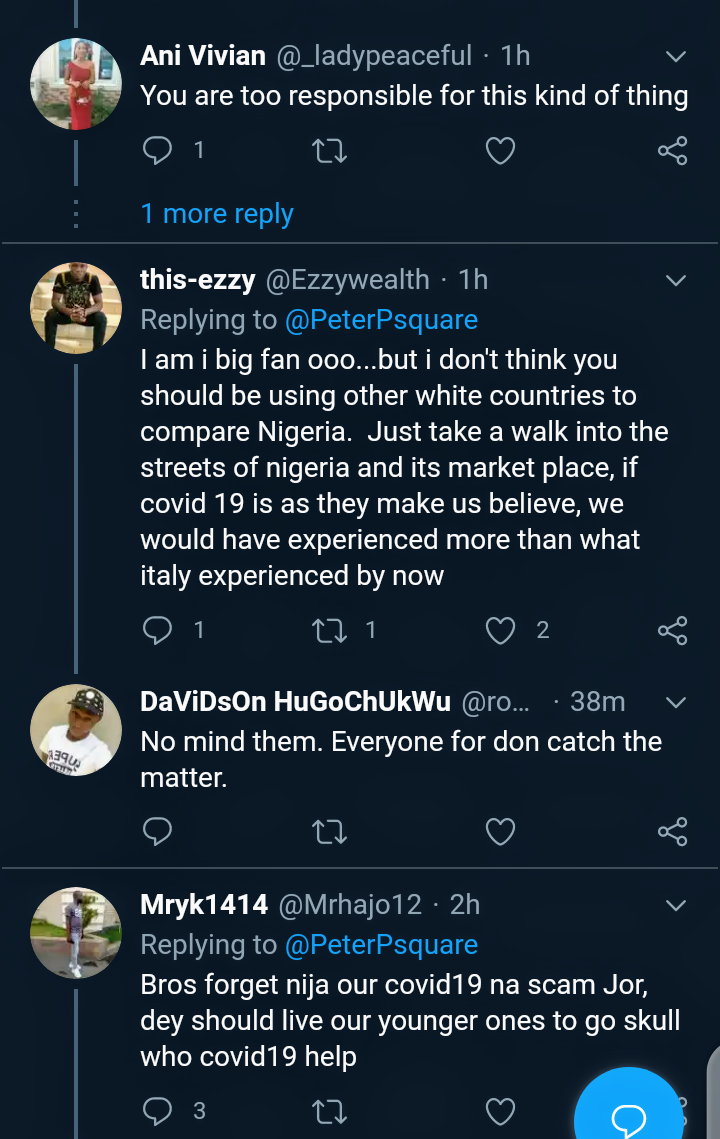 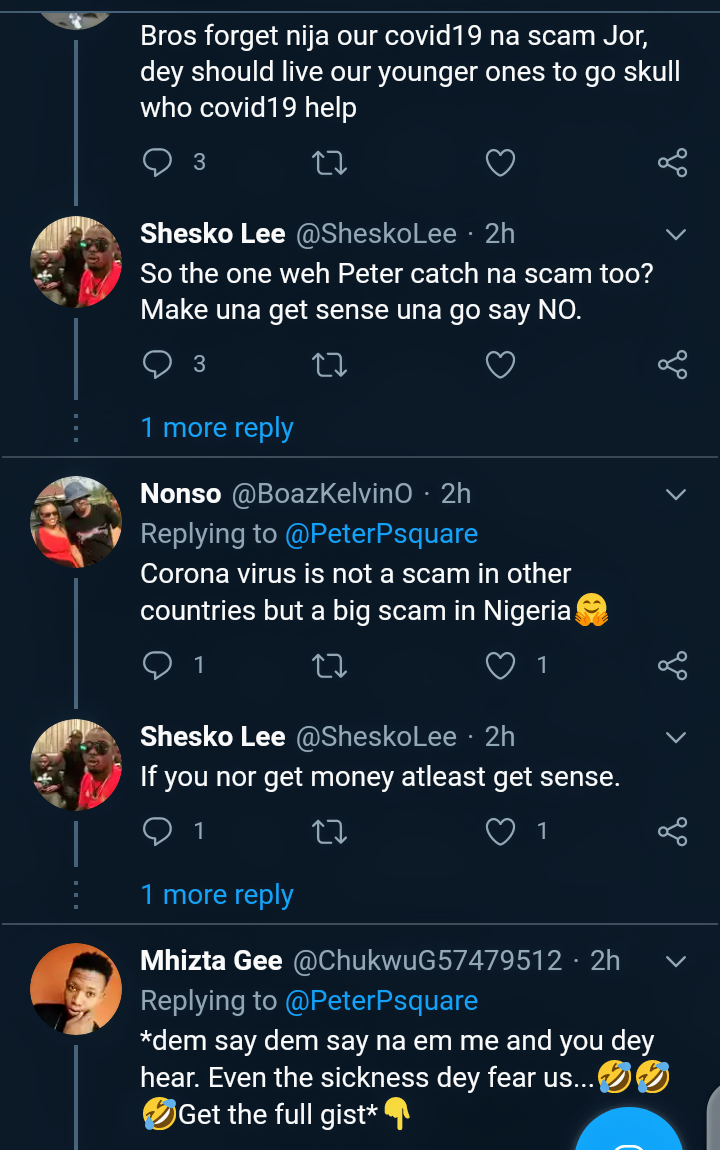 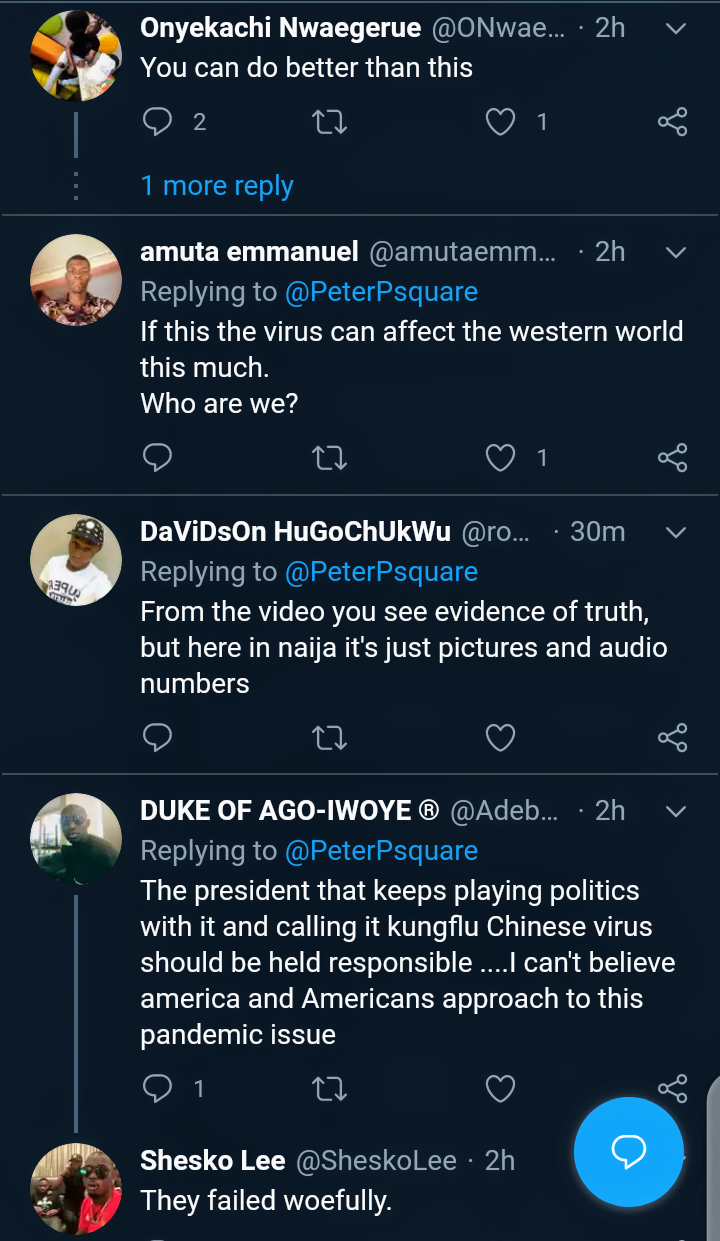 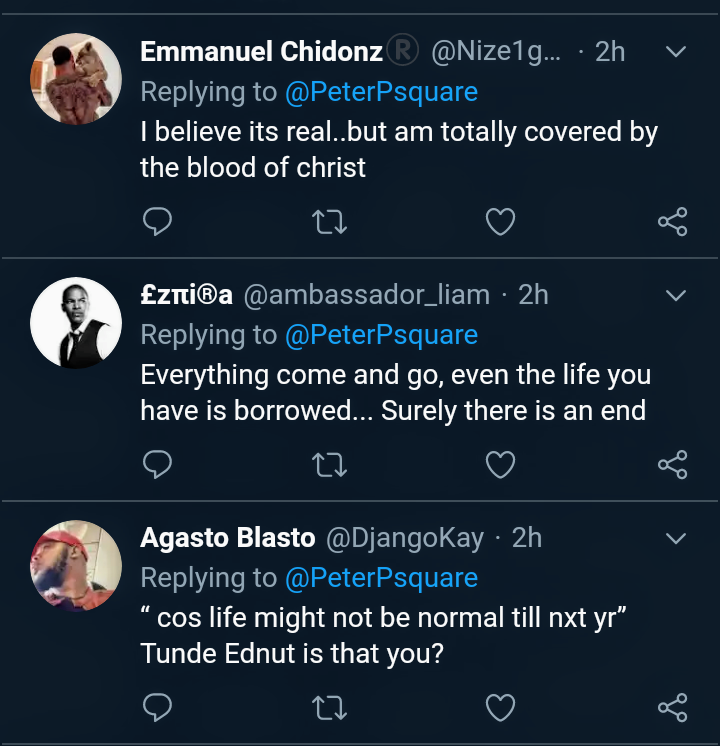 From the responses above, it's obvious Peter Okoye is not helping matters, especially now that the country is facing and heading downstream. What the masses need is a message of hope, somebody that possibly won't takes sides with the government or remind them of worst days coming ahead.

Clearly and obviously, Mr P has failed in that aspect. You are not the government nor holding a government stool, but you have a voice, use that voice wisely.

Since you have mentioned California and US in your tweet above as a reference point, lemme also mention Marcus Rashford to you. 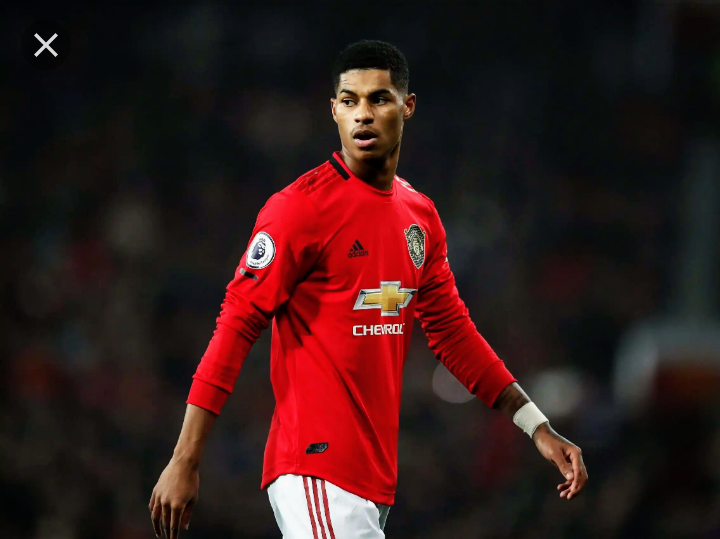 He is younger than you, he is less experienced in life than you, he even lives a less flashy lifestyle than you, neither is he occupying a government stool, but he has touched over a million lives and counting through this pandemic.

He is using his position as a footballer to mobilize food and supplies for the needy. He is seen as a beacon of hope by many through this trying times. Mr P, before you come out to tell us about the worst days that lie ahead of us, think of how you can use your position to touch the helpless lives affected by the on going pandemic.

Before you show us your multi-million mansion, think about what the people viewing the pictures are going through. 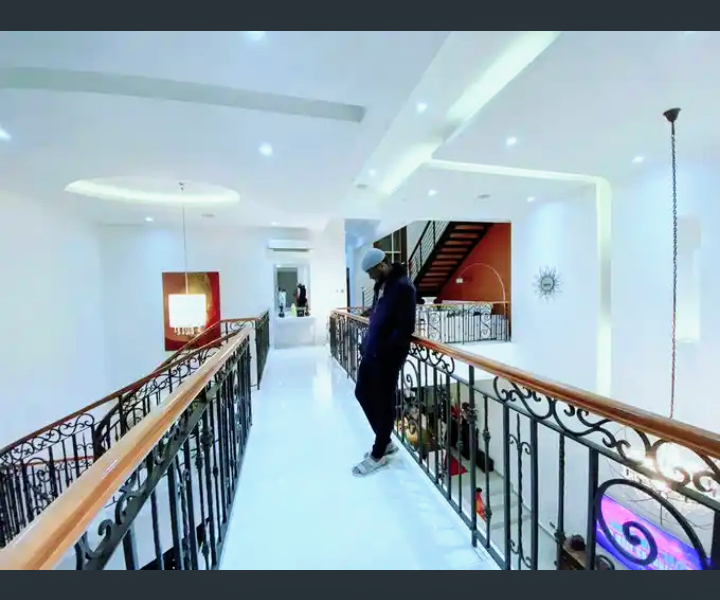 Please, leave your opinions in the comment section below. Our celebrities need to grow up and give back to the community at this point in time. We hail them on stages, it's time for them to hail us back.

Content created and supplied by: Versh (via Opera News )