Reasons for Chelsea set-back and the Southampton come-back

By SplendidWorld1 (self media writer) | 8 days ago 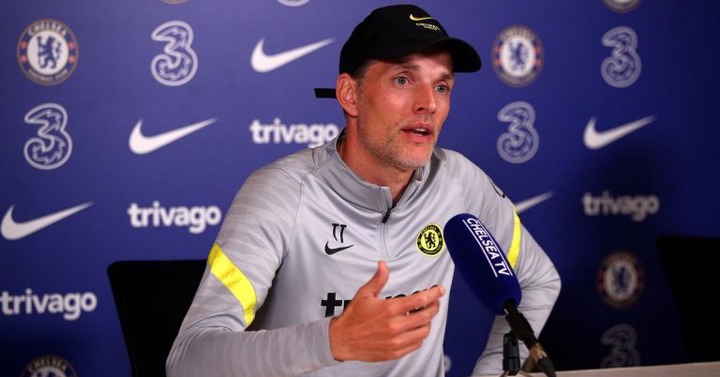 From a stage where the team looked favorites for all the competitions, they are part of, a major roadblock posed a threat to derail their season. Thomas Tuchel and his Champions League winning side have taken two back-to-back defeats, something that was pretty rare since the beginning of the Tuchel era at Chelsea. But, the performances in the two games were not the only let down as the performances were not convincing for a stretch of the game where Chelsea managed to secure the points. Not just the tactics, but the individual display by the players justified the results in the two losses by the hands of Manchester City and Juventus. But the leaders of England did justify the threat they pose with a perfect comeback against the Saints.

The display raised many questions and here we highlight some of them which made a flawless looking team looked completely out of order. 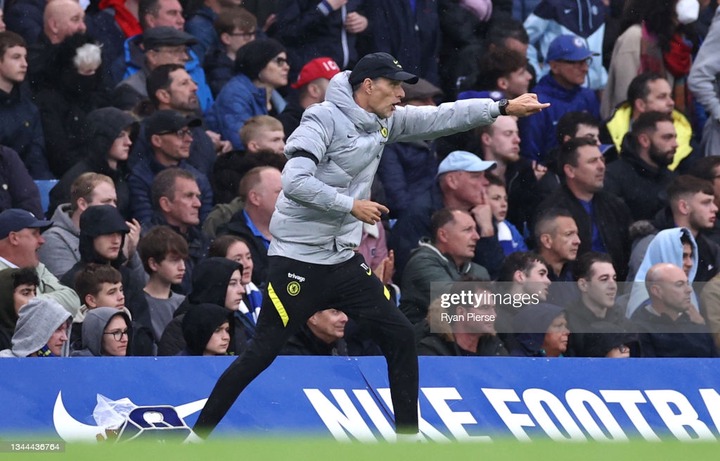 Tuchel has been flawless in all decisions he has made since taking up the charge at Chelsea. His back 3 formation has helped Chelsea lift the Champions League and thus he continued with the same set-up this season as well. But the problem that was to be solved was further up the field. The situation looked to be solved with the arrival of superstar signing, Romelu Lukaku.

But the change that was expected to be the solution has itself ended up being the problem. The attacking front always focused to play around Lukaku but the opposing managers have done well to heavily mark the Belgian forward and isolating him out of the game. Thus, the Belgian was not just able to feature on the scoresheet but was able to register one shot in the whole game in Italy that too in the dying minutes.

Other players just lacked the creativity to break down low blocks created by the opposition. Pep and Allegri both were smart enough to defend deep inside the box and negate all possession that Chelsea enjoyed in their attacking half.

A midfield 5 with all three of Jorginho, Kovacic, and Kante starting proved vital in 2nd half of the Spurs game but his next game clearly showed the lack of attacking intent with 9 defensive players on the midfield. This just was not the solution as Werner and Lukaku were given no supplies to have their impact.

The tactic to go back to attacking 3 of Ziyech, Havertz and Lukaku was also not impacting as the aforementioned 2 lacked out of form and were not able to carry balls from midfield to attack. 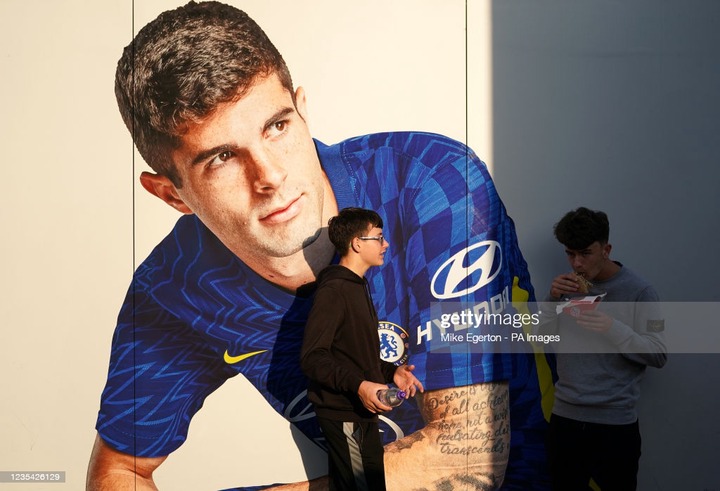 The bad patch of Chelsea was majorly influenced by injuries to crucial players. The injury concerns did not look much in number but the quality was clearly missing on the pitch. The list of medically unfit players included James, Pulisic, and Mount.

Reece James’ absence on the right was just so evident on the right side as his physicality and the ability to carry forward balls was lacking in the attacking third. Lukaku was not being allowed to take up rusty crosses by Azpilicueta, who indeed has more defensive mindset. The previous season, when Chelsea was not able to score from open players in midfield, Reece James was unable to score from open plays in midfield, Reece James was the savior with inch-perfect crosses to potentially create Chelsea’s best scoring opportunity. This was clearly one of the missing links.

The Manchester City game was Chelsea’s undoubtedly the most difficult fixture this season. Neither was Chelsea clinical and nor were they even allowed to hold possession which they otherwise enjoy. The previous season, Chelsea always hit teams like City on counterattacks with a quick change in possession. The creativity was certainly close to zero and the biggest miss as pointed by the Chelsea fans was Chelsea’s most creative player, Christian Pulisic. The No.10 has always been great to watch on the pitch but his inconsistency due to injuries just pushes him out of the list of PL’s best. Man City was a perfect example of why Chelsea needs him daily on the pitch and if it fits, why he should be one of the first names on the team sheet.

The opposition fans have been very critical of Mason Mount as being an attacking midfield, he does not produce numbers with the same consistency as his counterparts in the league. But, two games just portrayed why he is key to Chelsea. His absence was one of the biggest reasons, if not the biggest, for Chelsea’s poor form in these matches. His ability to counter-press and his energy on the pitch is unmatchable in the league. City were able to dominate Chelsea’s midfield easily and suppress them due to the lack of intent from players which Mason Mount provides the whole 90 minutes. His ability on the ball to link the midfield with the attack was visible as there was a huge gap between the attacking line and the midfield line. This was the reason that despite a large share of possession in the final third, a substantial product was missing. He came on against Southampton from the bench and his limited minutes were enough to show how helps to raise the tempo and helps the team to be productive. Ziyech was expected to fill in his absence but him lacking form and having a different style of play did not benefit the team and thus Chelsea played one of the worst footballs in the first half against Juventus.

WHAT CHANGES WERE MADE AGAINST SOUTHAMPTON? 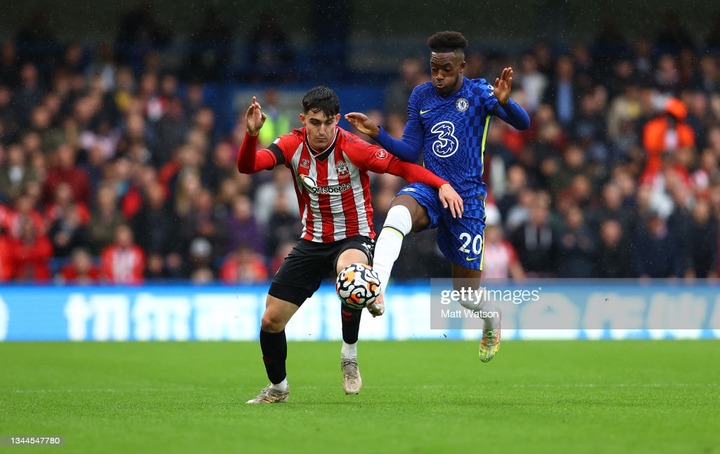 The only positive from Tuchel was the quick realization of his mistakes and not letting the campaign derail. The Southampton game was the best comeback Chelsea did show which helped Chelsea back on top of the league again. Southampton opted to trouble Chelsea with some similar form of tactics as taken up by the former oppositions. They too were set up a low block and did well to isolate Lukaku out of the game, but Tuchel was ready to counter them by playing Werner and Hudson-Odoi. While Odoi was given the responsibility to carry the ball in the attacking third, Werner opened up spaces, the things he did the best. Werner’s runs were very difficult to handle for the Saints as the German looked in his best colors after long. Despite the official decisions being against Chelsea, they were able to dominate and secure 3 points.

The game started with Tuchel putting up few surprises in the starting XI as Hudson-Odoi was starting as a part of the front 3, something all fans, including the player himself, wanted eagerly. Also, Chelsea’s most improved player, Ruben Loftus-Cheek started over Jorginho, who Tuchel said was rested. Loftus-Cheek this season has one of the most numbers of completed dribbles per 90 and his influence was clearly visible as he was able to turn and progress the ball well under his feet. Also, Chelsea’s Golden Boy, Trevoh Chalobah, made his start after a long time and was able to make it count once again as he was the Man of the Match for his goal and his rock-solid display at the back. Also, Ben Chilwell had his first big impact after the Champions League Final, as he replaced out of form Marcos Alonso. Although he was the reason for Chelsea’s mistake to concede the penalty, he repaid for his mistakes in the best way possible. He must have gained a lot of confidence after the display and had enough to claim his stake in the starting XI.

Not only did players step up, Tuchel was also back to his best with on-point substitutions as out of surprise, Ross Barkley also looked in his prime with quality on the ball. Mount was also brought on after managing his minutes well and proves why he is untouchable at Chelsea.