By SportExtra (self media writer) | 7 months ago

Chelsea are expected to miss out on the acquisition of Achraf Hakimi, according to the Daily Star. PSG is close to agreeing to a long-term contract with the player. It is thought, however, that Hakimi was not Chelsea's top priority. 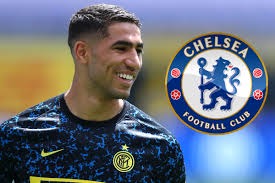 Hakimi, a Real Madrid academy product, made his senior debut in 2017. The Moroccan, on the other hand, made his mark during his two-year loan spell at Borussia Dortmund. The 22-year-old then agreed to join Inter Milan on a permanent basis in the summer of 2020.

Following his signing with the Italian giants, Hakimi went on to play a key role. Antonio Conte led the Nerazzurri to their first Serie A title in eleven years. Regardless of their title success.

Chelsea had thus expressed an interest in signing the Moroccan. PSG, on the other hand, appears to have beaten them to the punch, as they appear to be close to acquiring Hakimi. With the French side, he will now sign a long-term contract. Chelsea, on the other hand, never put Hakimi first. Erling Haaland was always the one. 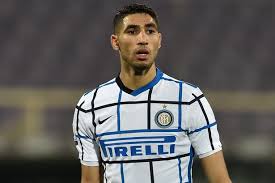 Tuchel's team would undoubtedly benefit from Hakimi's presence. He's a natural winger, which means he may play in central defense alongside Azpilicueta.