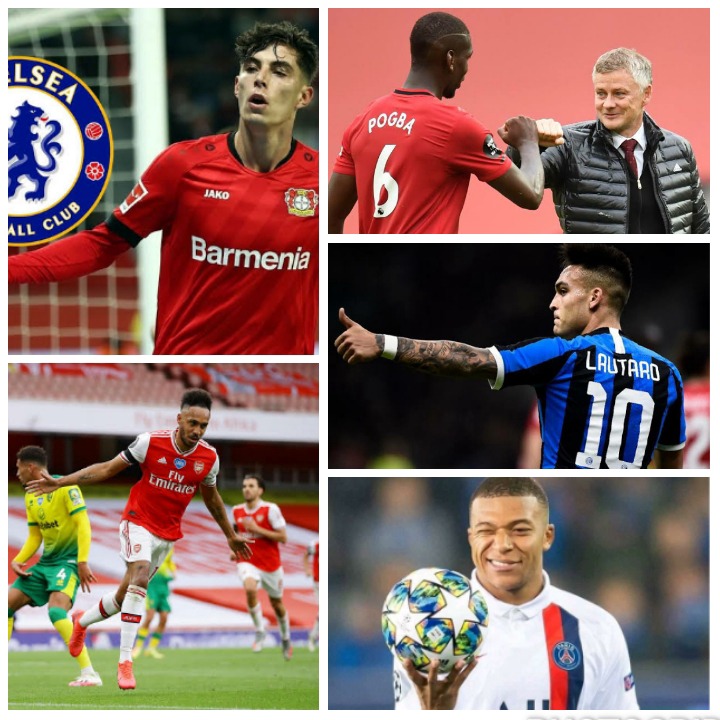 Manchester United will offer Paul Pogba a new five-year deal as they hope to wade off Juventus and Real Madrid's long standing interest in the Frenchman. 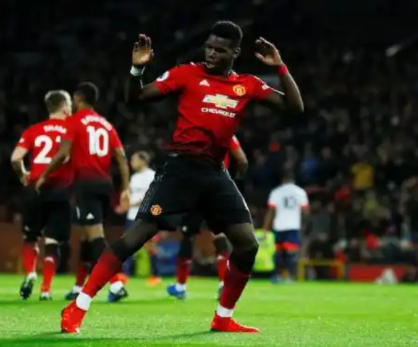 As per reports by The Sun, Pogba is ready to extend his contract with United whenever he receives the contract offer. 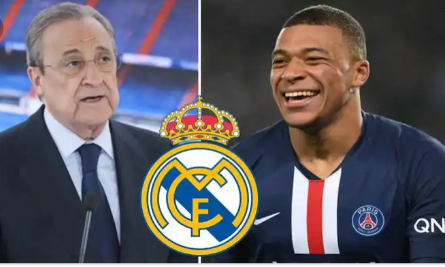 Mbappe will have to wait at least one more season before completing a big money move to Real Madrid after club president Florentino Perez downplayed the possibility of having a big money signing this summer. Le10Sport says Barcelona will consider a move for Bernardo Silva if Antoine Griezmann exit the club. Barcelona's move for Neymar is back on, PSG will demand a transfer fee of around £72m plus Ousmane Dembele for the Brazilian superstar according to The Sun. Barcelona and Manchester City will battle for the signing of Laurato Martinez from Inter Milan, the Italian giants will however resist any attempt to sign the Argentine for cheap. Bayer Leverkusen have conceded defeat in their attempt to keep hold of Kai Havertz.

The player is keen to join Chelsea, personal terms have been agreed between both parties.

Leverkusen will demand at least €100m from Chelsea for the 21-year old. Reports say that Jude Bellingham's transfer to Borrusia Dortmund will be made official next week.

The player is currently in Germany and has already completed his medical with Dortmund. The 29-year-old Spaniard wants to play under Jurgen Kloop.

According to Bild Bayern and Liverpool have reached a comprehensive agreement for the transfer of the player. Manchester City have reached an agreement on personal terms for Ferran Torres.

The winger has one year left in his contract at Valencia. City are also eyeing a deal for Ajax left-back Nicolas Tagliafico as backup for Mendy.

Tagliafico is wanted by PSG and Barcelona too, the 27-year-old Argentine is valued at £22m. PSG have joined Everton in the race for Lille defender Gabriel Magalhaes.

The 22-year old looked destined to join the Toffees this summer but will rethink his decision after PSG registered their interest in him. The Daily Mail reports that Antonio Rudiger's future at Chelsea is uncertain.

The German defender is contracted to Chelsea until June 2022 but there's no offer from the Blues to extend his contract yet. Chilwell is a transfer target for Chelsea this summer but the Foxes are reluctant to listen to offers for the defender. Tottenham will attempt a move for Demarai Gray when the transfer window opens as Jose Mourinho looks to build a team that can challenge next season. David Moyes is adamant that there's no need to panic regarding Michail Antonio's future at the club. "I've always been very positive about (Aubameyang's future). I don't have the key to the future and in football anything is possible." Arteta said in the pre-match presser for the FA cup game against Manchester City.

Arsenal defender Sokratis Papastathopoulos is reportedly set to exit the club at the end of this season, news in Germany says Stuttgart are interested in the Greek international. Tottenham are favorites to sign Pierre-Emile Hojbjerg from Southampton this season although some other Premier League teams are interested in the player.

The Saints will demand a minimum of £25m as transfer fee for the player. Dinos Mavropanos has signed a new contract extension with Arsenal but he will spend next season on loan at VFB Stuttgart after the German side agreed a deal with the Gunners for him. 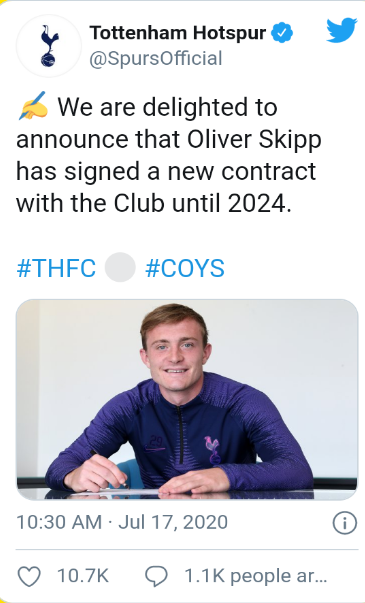 Oliver Skipp has penned a new four-year deal with Tottenham.

Manager Jose Mourinho is rumored to be a huge fan of Skipp.

Sheffield United have concluded a deal for former Rangers goalkeeper Wes Foderingham. The 29-year-old put pen to paper on a three-year deal at Bramall Lane following his release from the Scottish giants.

"It is an exciting time for the club after an incredible first season back in the Premier League. I'm looking forward to meeting the team and can't wait to get started." He said to Sheffield United's official website. Jorge Jesus is leaving Brazilian side Flamengo to return home and join Benfica, according to Portuguese media.

Flamengo coach Jorge Jesus will travel to Portugal this weekend to sign a three-year contract with. Benfica.

The 65-year old was head coach of the Portuguese side between 2009 and 2015, he won three Primeira Liga trophies, three League cups and one Portugal Cup.

The Belgian Champions attempted to sign the player in May but QPR rejected their offer.

An agreement has now been reached at the second time of trying, the deal will be officially announced soon. Marcel Hilssner has joined Coventry City from SC Paderborn on a three-year deal.

The player was released by Villa recently but Coventry coach Mark Robins is delighted to have acquired his main transfer target.

“Callum has been one of our main transfer targets as we prepare for the Championship campaign and we’re very pleased to have fought off competition from other clubs to secure his signature." Said Callum.

Read also: Can Man United make it a quartet of wins against Chelsea this season?