Barca's next 3 games: Rating the Catalans chances of winning.

After recording a win in the Champions League last night, FC Barcelona will surely be looking to continue with the positivity in their upcoming games.

In this article, SportsBlitz.ng analyzes Barca's next 3 games and also rates their chances of winning these matches. Check it out below:

A crucial test awaits the Catalan side on the 6th of November when they play an away league game against Celta Vigo. Though Celta Vigo's form has been abysmal so far this season, the Sky Blues can be a very tricky side to defeat in their home ground.

As such, Barca will have to be wary of the threat posed by Celta if they want to earn maximum points in this game.

The return of Ousmane Dembele could also be a big boost for the squad ahead of this crucial La Liga match.

All in all, SportsBlitz.ng tips Barcelona to emerge as winners in this game, however, a surprise can't be ruled out.

On the 20th of November, another tricky match awaits the Catalan giants as they'll be going up against city rivals Espanyol at the Camp Nou. 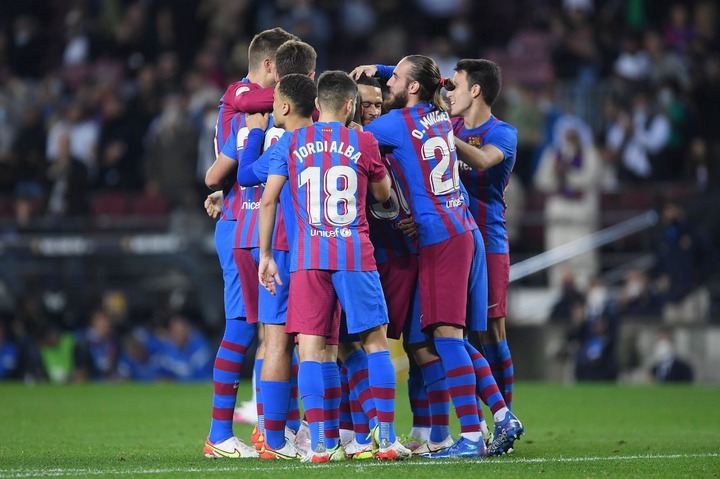 Espanyol, who are just 2 points behind FC Barcelona, has been quite impressive so far as per their level. As such, it's expected that they put up a good fight against Barca in this match.

Beating Barca at the Camp Nou is always a herculean task, as such, SportsBlitz.ng also tips Barca to emerge as victors in this game.

On the 23rd of November, another must-win match awaits Barcelona in the Champions League when they'll be going up against Benfica. 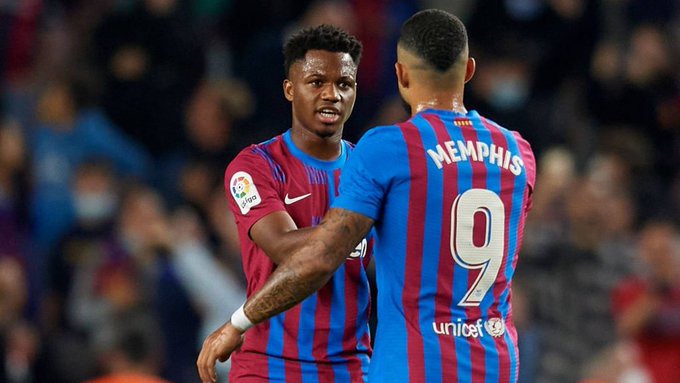 The first leg of the encounter ended in a 3-0 victory in favor of the Turkish side, as such, the Catalan giants will be going all out to secure a win as they hope to seal a place in the competition's round of 16. 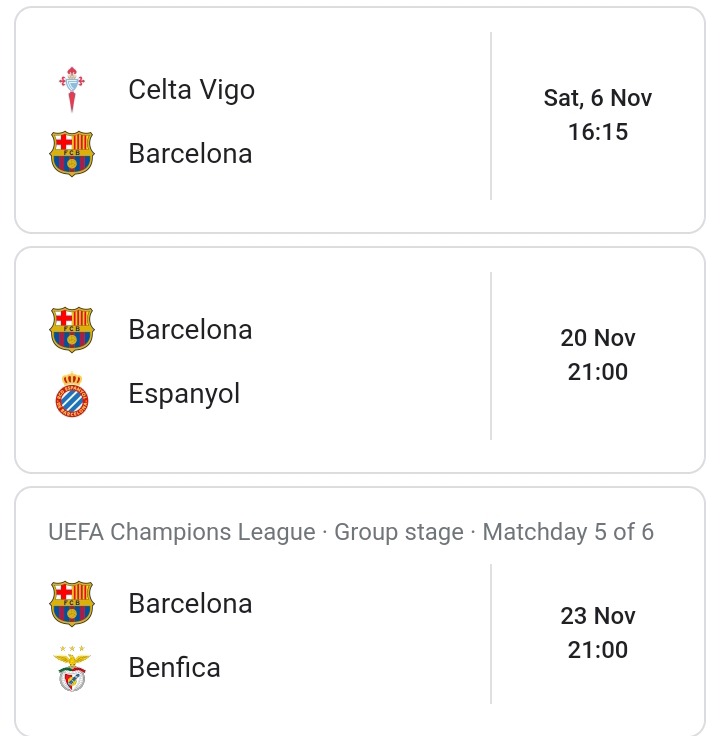 Do you think Barca can win all these games?