The match was played at the International Sports Stadium in CoffsHarbour, Australia.

Australia set a world record for the largest victory in an international football match, winning the game 31–0. 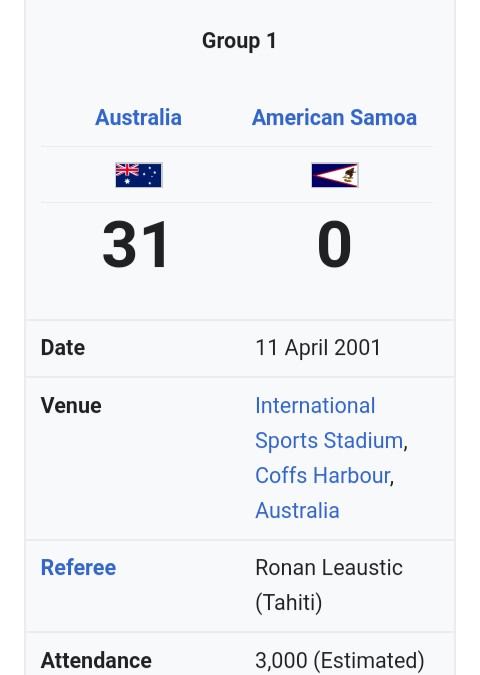 More Details about the match According to Wikipedia 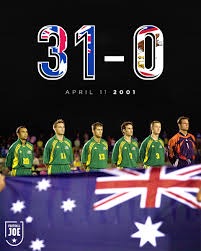 On 11 April 2001, the Australian and American Samoa football national teams played each other in a qualifying match for the 2002 FIFA World Cup. qualifying The match was played at the International sports stadium in Coffs Harbour, Australia. Australia set a world record for the largest victory in an international football match, winning the game 31–0. 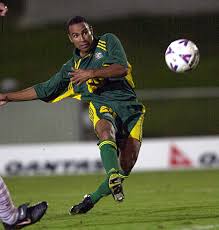 But the hilarious part of this history was Two days before the match, Australia recorded a 22-0 win over Tonga, breaking the previous record for the largest winning margin in an international match, held by Kuwait who won 20–0 against Bhutan in 2000. American Samoa had suffered two losses prior to the match, a 13–0 loss to Fiji and an 8–0 loss to Samoa. There are many histories in football especially the world cup that involves different countries to fight for a cup.

Comments below to know your opinions about the match, if you were the one what are you going to do when the score reaches like 10-0, In my opinion, I will tell the coach to substitute me for another player. What about you?